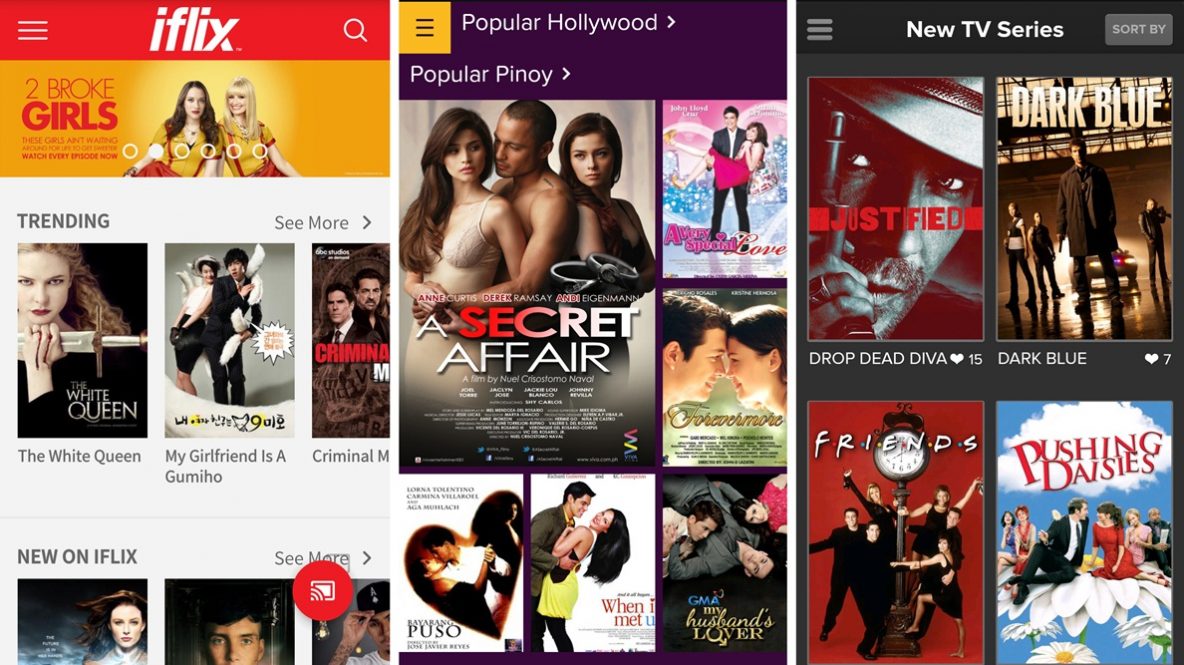 After months of growing pains, the next big thing on the Internet is finally gaining traction in the Philippines. No, I don’t mean ride-hailing services, such as Uber and GrabTaxi, though you could make a case that we’re seeing a greater demand for taxi alternatives. But I digress.

What I’m trying to say is that, right now, there are more options than ever to watch movies and TV shows legally online, and the list will expand with time. And as wireless Internet access becomes more and more affordable and ubiquitous in the country, subscribing to a video-streaming service is fast becoming a viable option for those who want the luxury of viewing content on-demand anytime, anywhere.

I mean, who wouldn’t find it irresistible to catch a Hollywood blockbuster or binge-watch popular programs from the comfort of a cushy seat? Who wouldn’t be tempted to (gasp!) pull the plug on cable TV when there are cheaper and more flexible ways of consuming video on just about every screen out there?

As Internet access becomes more affordable and ubiquitous in the country, subscribing to a video-streaming service is fast becoming a viable option for those who want content on-demand.

Which brings us to the all-important question: Among the top 3 video-on-demand providers in the Philippines — HOOQ, iflix, and Blink — who comes out on top? The answer isn’t as complicated as you think at this point. Spoiler alert: It’s not Blink, which is somewhat surprising considering the big head start it had over its peers.

Tale of the tape: HOOQ vs. iflix vs. Blink

There is no getting around the fact that more is better as far as video-on-demand services are concerned, and when it comes to the sheer number of movies and TV shows available, HOOQ leads the way by a wide margin. Currently, HOOQ offers over 30,000 hours of programming, whereas iflix and Blink have approximately 11,000 and 2,000 hours of streaming titles, respectively.

HOOQ offers over 30,000 hours of programming, whereas iflix and Blink have approximately 11,000 and 2,000 hours of streaming titles.

HOOQ also boasts an impressive catalog of Filipino movies and teleseryes that’s lacking from the competition, in addition to a much richer selection of Hollywood and Asian libraries.

You can’t find Tagalog content on iflix and Blink, so that pretty much leaves you with one option if watching homegrown talent ranks high on your priorities. Another thing to note is that Blink is the only one of the three that streams live TV channels.

The catch in all of this is that, with a few exceptions, you won’t find recently released titles on either HOOQ, iflix, or Blink. Cable TV still has the edge in that regard. Don’t expect to see original programming either.

All 3 video-on-demand platforms are available on freely downloadable apps for Android and iOS devices, as well as on the Web, with support for multiple devices on a single account. PC and Mac users with a HOOQ or Blink subscription have to first install the Microsoft Silverlight plug-in, which can be downloaded separately, before streaming content on their monitors.

Meanwhile, iflix can be streamed natively through browsers like Chrome without fiddling with plug-ins, meaning it will work nicely with Chromebooks.

HOOQ lets you choose videos to save for offline playback. By comparison, iflix and Blink don’t have an offline mode.

While that sounds great and all, compatibility across a wide range of devices is nowhere near as important as the ability to download videos for offline playback. HOOQ allows that — up to 5 downloads at a time — and it’s what elevates it above its rivals.

The feature is particularly enticing for those who have access to a reliable home connection and don’t want to pay extra for going over their monthly data allowance. By comparison, iflix and Blink don’t have an offline mode.

For P199 per month, HOOQ gives members unlimited access to 30,000 hours of movies and TV shows. An iflix membership costs P129 monthly, and this gets you 11,000 hours of non-stop entertainment. Blink’s streaming package is more expensive at P250 per month but comes with fewer reasons to subscribe.

If we put a price on how much an hour of content on HOOQ costs, it will come in with the lowest cost among its peers. It goes without saying that even at P199, HOOQ represents greater value for money.

HOOQ is the best video-on-demand provider, in large part because of the wide range of local and foreign titles available on its platform and the ability to download videos.

All things considered, I think HOOQ is the best video-on-demand provider right now, in large part because of the wide range of local and foreign titles available on its platform — nearly thrice of its nearest rival — and the ability to download videos for offline viewing.

Of course, there’s always the option of getting more than one subscription. If that’s the case, I would recommend signing up for HOOQ and iflix — duplicate titles be damned. (There aren’t too many, by the way.)

However, if you can afford just one, HOOQ should be your top priority. It’s not perfect, but it’s ahead of the curve in terms of available content and features. Don’t take my word for it, though; try out both options for free for a limited time and then decide which one better fits your needs.