Back in March, Lenovo introduced the Vibe Shot at the Mobile World Congress in Barcelona. As the name suggests, it’s a camera phone designed to replace your old point-and-shoot, because, among other things, you can’t count on that brick of a camera to post your good eats on Instagram. Now it’s heading to local shores, and it will be available first through Lazada Philippines’ website and mobile app starting July 31.

From the back the Vibe Shot looks deceivingly like a camera, too — and an attractive one at that — with its lightweight aluminum frame, 16-megapixel sensor, six-piece modular lens, and tricolor flash (because two isn’t enough).

Lenovo PH just launched the Vibe Shot, a camera phone designed to replace your old point-and-shoot, because, among other things, you can’t count on that brick of a camera to post your good eats on Instagram.

And just like a regular point-and-shoot, it rocks a two-step shutter button, which makes the shooting experience feel more traditional, and a physical toggle to make switching between “Auto” and “Pro” modes easier and quicker. 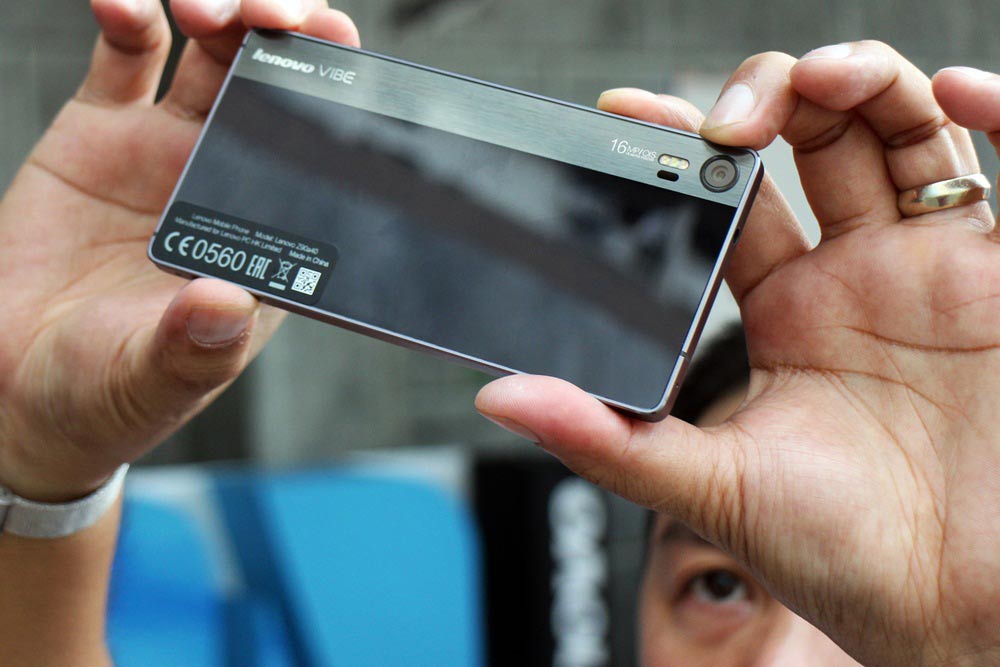 Throw in a laser autofocus sensor, plus a wealth of shooting modes and options, and you’ve got a versatile camera phone that’s primed to please shutterbugs who are looking for a midrange option; whether or not it actually does remains to be seen. (I’m working on a follow-up article as we speak.)

The Vibe Shot’s internals are nothing to sneeze at, either; the phone runs Android Lollipop 5.1 on a Qualcomm Snapdragon 615 processor with 3GB of RAM and 32GB of expandable storage. Connectivity options include WiFi, 4G LTE, Bluetooth, and GPS. The entire front face is covered by a sheet of scratch-resistant Gorilla Glass 3, and underneath that you’ll find a 5-inch IPS display with 1080p resolution.

The Lenovo Vibe Shot may be worth a look if you’ve always fancied an Android smartphone that prioritizes image quality over everything else. It will cost you P16,999 if you get if from Lazada Philippines. Offline stores nationwide will begin selling it in mid-August for P17,999.