Samsung’s been in the tablet business for quite some time, and over the years, it has played around with different designs to keep things interesting. Right now, it seems the Korean giant has taken a different approach to making mid-range slates, as evidenced by the outward appearance and 4:3 screen ratio of its new Galaxy Tab A tablet. It is, in many ways, the unofficial successor to the Galaxy Note 8.0.

The 4:3 ratio, as Samsung puts it, “is ideal for reading books, magazines and newspapers, as well as surfing the net,” though I’d argue that packing more pixels into the 8-inch TFT screen would provide a better viewing experience. The 5-megapixel autofocus rear camera, meanwhile, is optimized to take serviceable photos and video. 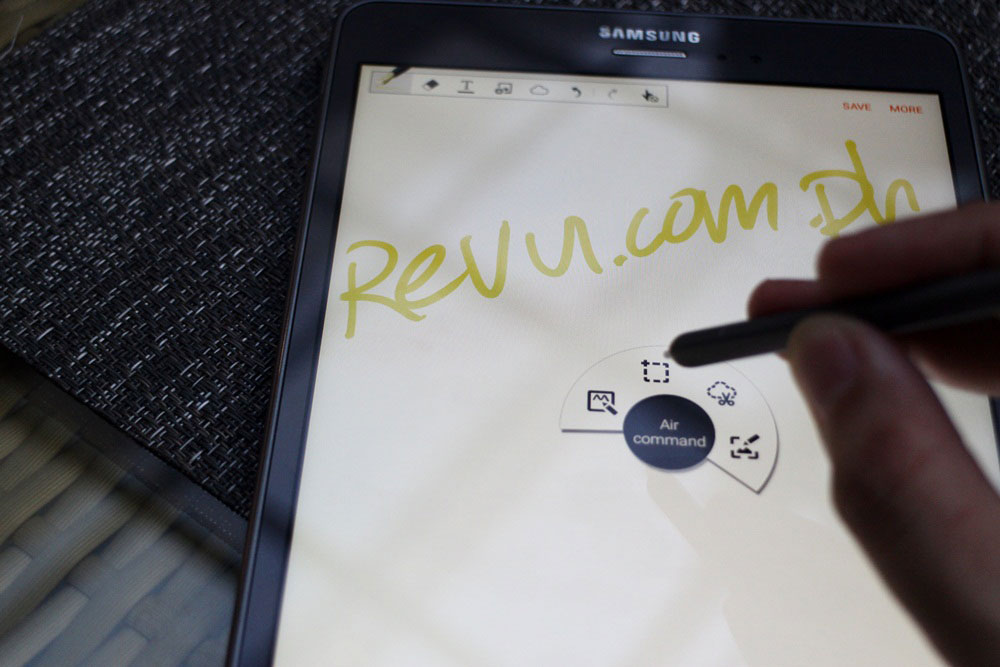 The slate’s insides, while certainly not the stuff dreams are made of, is, in fact, fairly decent. A glance at the spec sheet reveals a SIM slot for telephony and 4G LTE connectivity and Qualcomm’s Snapdragon 410 processor running Samsung’s reworked (and improved) TouchWiz UI on top of Android Lollipop, alongside 2GB of RAM and 16GB of expandable storage. The 4,200mAh battery should deliver up to 12 hours of LTE browsing, but I’d rather put it through its paces myself before I buy the claim.

The main selling point here is the S Pen, which gives the Galaxy Tab A all the credentials of a productivity machine and differentiates it from just about every tablet around.

But the main selling point here is still the S Pen, which gives the Galaxy Tab A all the credentials of a productivity machine and differentiates it from just about every tablet on the market. Among other things, the feature-filled stylus lets you scribble away on a large screen, drag and drop multiple files, and trigger a small but useful set of functions to help you get the most out of the device.

The Samsung Galaxy Tab A is available in white and gray and due out this July for P15,990.

TVC for the Samsung Galaxy Tab A culled from YouTube