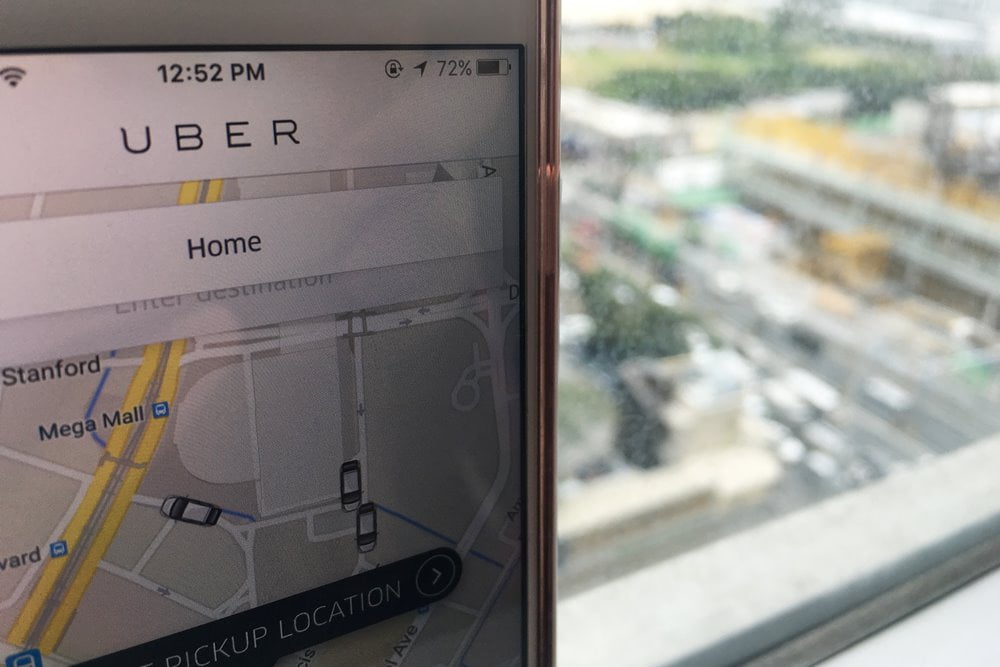 The Quezon City Regional Trial Court today threw a wrench into the plans of Uber and GrabCar operators by ordering local transportation offices to stop accepting applications for 20 days, local news outfit Rappler reported earlier. To reiterate: The ruling isn’t meant to prevent customers from traveling in approved vehicles, rather it is to halt pending applications for new Uber and GrabCar licenses.

A 7-page temporary restraining order was issued in favor of the Angat Tsuper Samahan ng mga Tsuper at Operator ng Pilipinas Genuine Organization Transport Coalition after Judge Santiago Arenas of the QCRTC found the issues raised by the transport group to be valid, citing that “there is extreme urgency to issue TRO to prevent grave and irreparable injury and damages to the association’s officers and members because of their claim that they suffer less or low incomes.”

The ruling isn’t meant to prevent customers from traveling in approved vehicles, rather it is to halt pending applications for new Uber and GrabCar licenses.

The QCRTC also leveled criticism at the “sudden and uncontrolled increase” of the number of Uber and GrabCar vehicles plying the streets of Metro Manila. The ruling is said to come into effect upon receipt of the restraining order, so it is all but guaranteed to be enforced tomorrow until December 25. Can you say, “worst Christmas gift ever”? I certainly can.

As someone who uses Uber or GrabCar almost daily, it’s not difficult to imagine how much harder it would be to book a ride in the days leading up to Christmas Eve following the court’s decision. It’s hard to book a ride with the way things are now, what more when there are more riders but fewer cars available. The circumstances will certainly put fares on a sharply upward trajectory.

The popularity of alternatives isn’t the problem facing traditional transport providers; the operators and some drivers are, more so the poor standards they have set.

Regarding the court’s action, I found it interesting, to say the least, that a lower court would act on a public-transport complaint during the busiest shopping period of the year. Also: I don’t think the popularity of alternatives isn’t the problem facing traditional transport providers today; the operators and some drivers are, more so the poor standards they have set.

If that sounds a bit harsh, ask yourself this: When was the last time you encountered a taxi driver who: a) didn’t ask where you were headed before you set foot in the car, b) didn’t insist on a flat fee upon hearing your destination, or c) wasn’t driving an old, beaten-up taxi that didn’t feel up to scratch with government standards? You don’t remember? Me neither. If you’ve had enough of public transport and are thinking of scrapping your old car for a new one, why not look into something like trying to find a car transport company to help get rid of your old car safely and easily to make room for your new vehicle.

Hopefully, the issue will be resolved soon, and that it isn’t a sign of worse things to come.