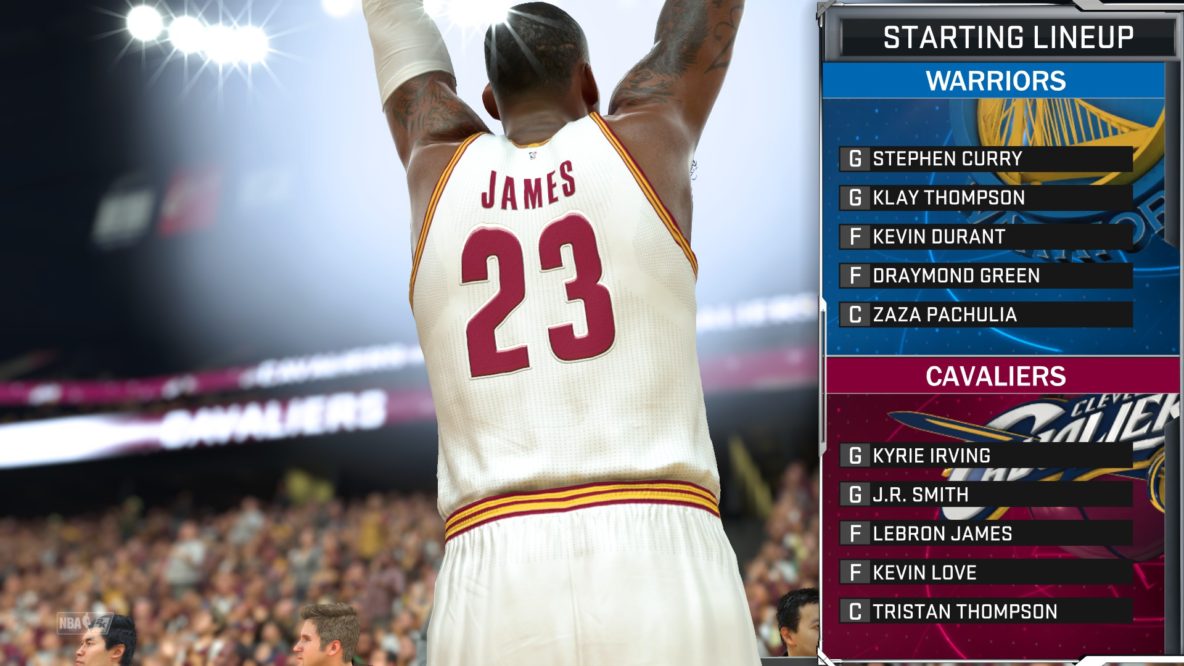 (Note: I will be coming out with another piece detailing NBA 2K17’s MyCareer and online modes. I feel that they deserve more focus and more hours spent playing them.)

I remember my first game in NBA 2K17 so vividly. I set up a rematch of last season’s NBA Finals, reigning NBA champs Cleveland Cavaliers, squaring up against Steph Curry, Kevin Durant, and the rest of the Golden State Warriors.

With the game winding down and the ball in Kyrie Irving‘s capable hands, Kevin Love set a screen for me on top of the key. I threw a skip pass to a wide-open J.R. Smith, who missed the easiest corner three he had all night. Tristan Thompson tried to get into position to grab the rebound, but Draymond Green slapped the ball away, into the hands of Curry. The defense wasn’t set, resulting in a go-ahead basket off a Durant drive that sealed my Cavs’ fate.

I lost the game by 12. It was closer than the score indicated, but I was still pissed. Steph played like Basketball Jesus the whole four quarters; he took the toughest shots — step-backs, off-the-dribble pull-ups with a hand in the face — but rarely missed. I never played a minute of competitive basketball, never played against elite-level athletes, but I thought that must be what it felt like to face the best shooter in NBA history.

Prior to the game’s release, developer Visual Concepts talked about the difficulty of translating Curry’s game into the virtual world, because the way he actually plays is different to how past iterations expected players to. This year, the game allows the user to take more chances with Steph on offense. The offensive juggernaut that can toy with the basketball like nobody’s business, can score from anywhere past the half-court line despite the defense’s best efforts — he’s well-represented here.

That’s not to say he’s overpowered; the Dubs aren’t, either. But they’re a really tough opponent. Beating them requires a certain kind of tenacity on defense; on offense, a constant state of cautiousness not to turn the ball over and take bad shots.

That’s just the tip of the iceberg of how faithfully NBA 2K17 mimics its real-world counterpart.

A second trailer for NBA 2K17 went live back in August and had the community buzzing. The video preview, titled “Friction,” showcased the game’s new collision animations that would meaningfully affect gameplay and add to the realism the franchise had been building with each installment.

The finished product does not disappoint. Gamers will notice the hundreds of new sequences defined by contact and distance from the basketball — while driving to the paint or dropping down on the block against a smaller defender; when chasing down a loose ball; when battling in the paint for control of the boards. The action can get very intense and ugly, resulting in hard fouls, bodies crashing to the hardwood, and wild elbows landing on someone’s jaw. And that’s fine — because that’s how basketball plays out sometimes.

Basketball is a physical and highly kinetic sport where strength, speed, and lateral quickness are valuable assets, and NBA 2K17 does a sublime job of making players aware of this.

It is, first and foremost, a physical and highly kinetic sport where strength, speed, and lateral quickness are valuable assets, and NBA 2K17 does a sublime job of making players aware of this. No other basketball simulation comes close.

The NBA 2K series has a built a reputation for lifelike physics and gameplay, but the one thing that has eluded previous titles is audio and visual presentation that’s up to par with the rest of the package. Not this year, though. Visual Concepts has expanded the roster of analysts that provides in-game commentary. Greg Anthony and Kevin Harlan will work the booth each game day, alongside a third random person.

That person could be Clark Kellogg, Chris Webber, Steve Smith, Brent Barry, or Doris Burke, who steps up to the broadcast booth in NBA 2K17. Which means there’s a new reporter roaming the sidelines. That duty falls to David Aldridge, a longtime NBA reporter. Basketball nerds will know him (and the rest of the new crew) from programming such as the NBA on TNT.

The commentary is dynamic and may vary from game to game depending on what’s at stake. The trio of Ernie Johnson, Kenny Smith, and Shaquille O’Neal returns as the faces and voices of the pre- and post-game studio show.

In NBA 2K17, the commentary is dynamic and may vary from game to game depending on what’s at stake

Visual Concepts says it’s added more than 150 interviews with coaches and players between game breaks and over 200 recordings of coaches talking in the huddle during timeouts. There’s also more player chatter when the ball is not in play.

More impressive still, the development team traveled to every NBA team’s home court to record sounds exclusive to each venue. Like how the ball sounds as it bounces off the floor, after it hits the rim or backboard, or goes through the net; the chants from the crowd and the eruption of noise from the stands and bleachers; even the sound made by each arena’s shot clock and buzzer. The attention to detail is incalculable, if not appreciated, with precision bordering on obsessiveness.

The development team traveled to every NBA team’s home court to record sounds exclusive to each venue, like how the ball sounds as it bounces off the floor after it hits the rim or backboard. The attention to detail is incalculable.

NBA 2K17 has also stepped up its footwear game, this time allowing players to dress NBA talents in any of the 3D-scanned sneakers available within the game. The items all look phenomenal, and there are all sorts of authentic styles to choose from, including the Nike Hyperdunk 2016 series, the Air Jordan XXXI, and the entire Kobe collection, among other kicks. You can even (unwisely) dress your favorite athlete in Kanye West’s Yeezys.

NBA 2K17 has also stepped up its footwear game, this time allowing players to dress NBA talents in any of the 3D-scanned sneakers available within the game

The game’s graphics haven’t been noticeably upgraded. Not to the eyes of the casual observer, anyway. But there are nuances that make this year’s release more visually favorable to the NBA fan. Unique and distinguishable faces and body types are plenty; courts, uniforms, and team entrances are all rendered with greater accuracy and detail; and the action on the court could easily be mistaken as footage from an NBA broadcast.

Unique faces and body types are plenty; courts, uniforms, and team entrances are rendered with greater accuracy; and the action on the court could easily be mistaken as footage from an NBA broadcast.

The game’s AI has been worked on as well, with opponents rotating quicker on defense, closing harder on shooters, and defending pick-and-roll sets with multiple efforts. All 30 NBA teams run their own offenses, so they play like how they’re supposed to play. Teammates also make a conscious effort to break free and get to spots where they are most effective.

Improving on what has come before and recreating the intricacies of the sport it emulates are the fundamental challenges for every annual sports video game. NBA 2K17 succeeds in both with flying colors. It delivers a fantastic representation of the genre and continues to set the bar high and exceed expectations. I could play it for months on end. 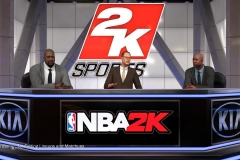 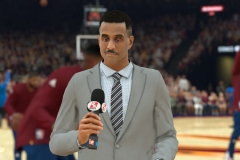 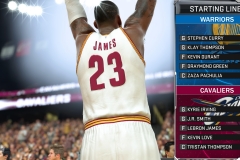 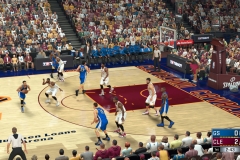 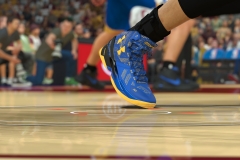 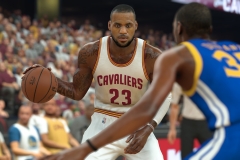 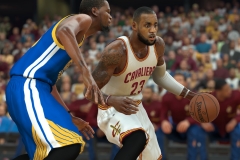 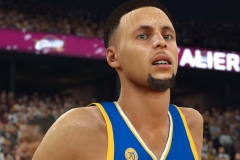 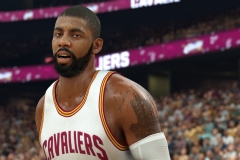