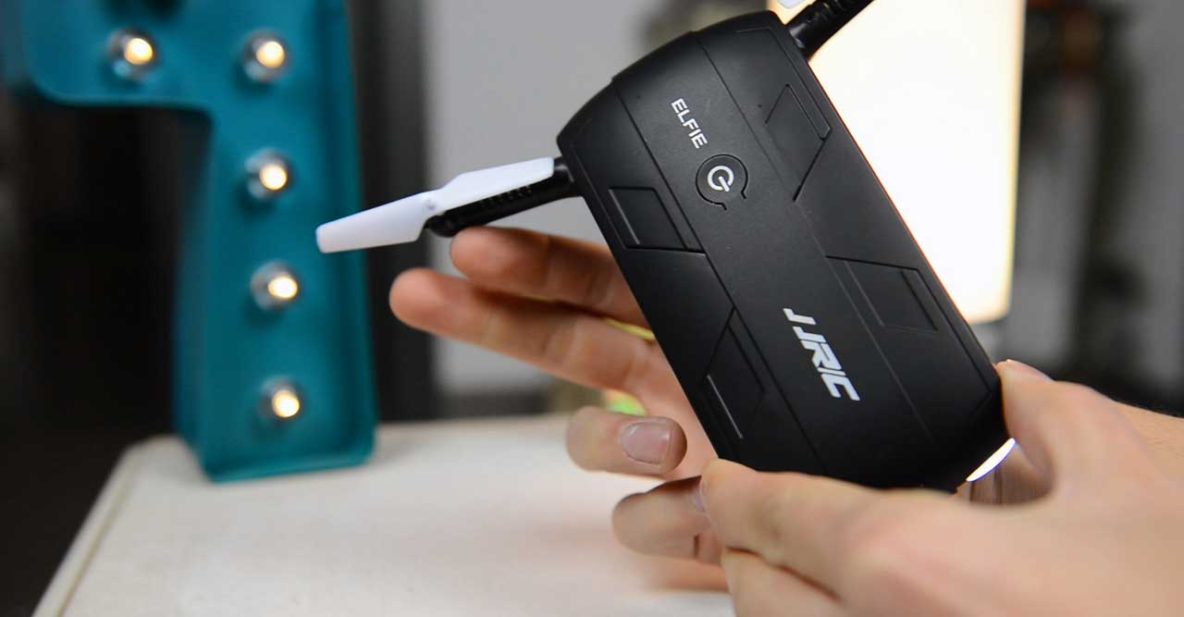 YOU may have come across the Dobby recently. You know, that WiFi-controlled pocket drone which won the internet over with its foldable design and Qualcomm-powered smarts.

And as some media sites have reported, CD-R King, the Swiss knife of brick-and-mortar stores, offers something similar to the Dobby, albeit much cheaper — and in all probability, much less functional — in the P2,380 ($47) CD-R King XBee.

SEE ALSO: Buckle up, buying many gadgets and appliances may soon be taxed

However, if you’re still interested in a personal quadcopter for the price of a pair of jeans but are wary of getting a CD-R King knockoff that hasn’t been reviewed enough, consider this knockoff from Lazada Philippines instead. 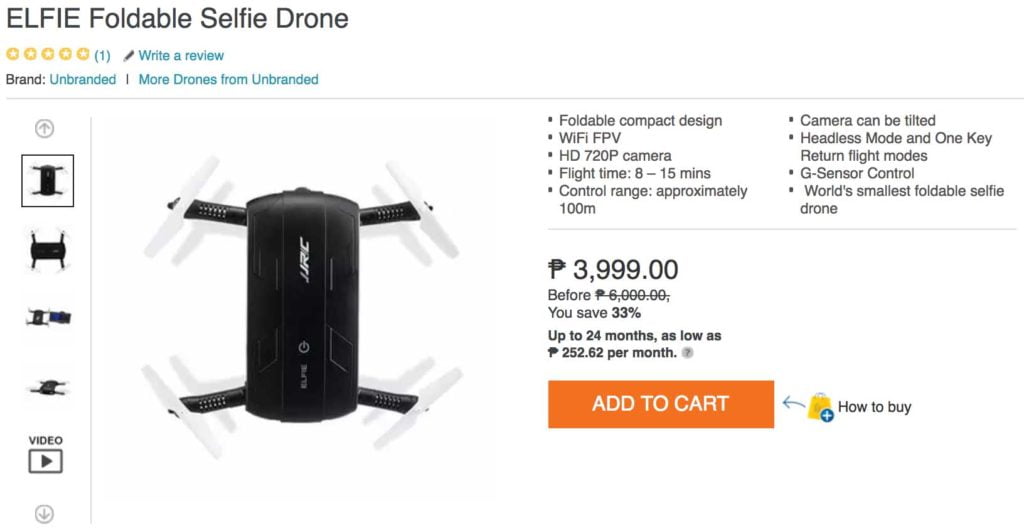 The Elfie personal drone, very much like the Dobby (and XBee), folds for transport and features a tiltable 480p camera for selfies and showing off (possibly underwhelming) aerial footage of your exploits.

At P3,999 ($80), it’s priced higher than CD-R King’s offering — though still cheaper than the $399 (almost P20,000) Dobby. But it’s also probably the more sensible choice, as you can easily find reviews of the Elfie on the web. Another plus: It comes with a 14-day, money-back guarantee if you’re not satisfied with your purchase.

Usage-wise, both drones for less should provide a similar experience, with the Elfie and XBee requiring WiFi connectivity and an iOS or Android smartphone to remotely control them from an app. Photos and videos shot with these drones should also conveniently appear on the device connected to them. Flight times will vary, but anything more than 9 minutes would be a stretch.

If you’ve bought any of the drones mentioned here, do share your experience in the comments. We’re actually thinking of snagging one for personal use.