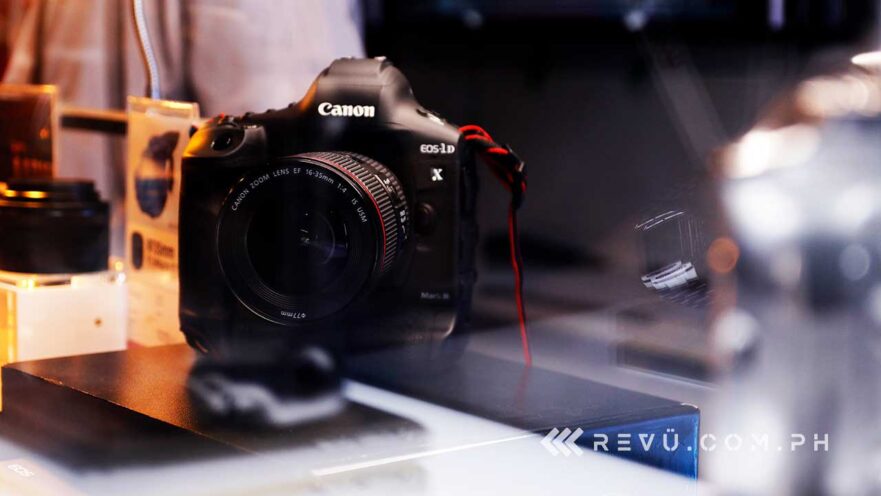 Canon has launched its latest flagship full-frame camera in the Philippines with staggering specs and an equally staggering price tag to match.

The new Canon EOS-1D X Mark III is a professional-grade camera that will appeal to serious filmmakers, sports and wildlife photographers, as well as those who produce broadcast-quality video.

It is an incredibly powerful tool in the right hands — easily Canon’s most advanced full-frame DSLR to date — and it’s replete with top-shelf features, including the latest Digic X image processor; a 20.1-megapixel, 35mm full CMOS sensor; fast and accurate auto-focus performance even in low light; and extensive physical controls. The EOS-1D X was first announced at the CES 2020 tech show in January.

Canon says its new flagship DSLR will retail at P399,998 (around $7,921) in the Philippines and should hit select stores sometime March 2020. That said, if you plan to get one here, there will be plenty of time to research and watch video reviews before deciding to plunk down a small fortune on the camera.

The latest EOS-1D X promises speedy performance that will please sports and wildlife shooters alike. It houses a Dual Pixel CMOS sensor that supports up to 191 AF points across a large area divided into 525 segments, and has 3,869 manually selectable AF positions in live view mode. Its sturdy magnesium-allow body measures 158 x 167.6 x 82.6mm and weighs about 1.2 kilograms without the battery pack and memory card.

It also comes with improved features for highly precise tracking of fast-moving subjects, which should come in handy during sporting events where there are a lot of things happening at the same time.

For video, the Canon EOS-1D X Nark III can do 4K at 60 frames while using the full width of the 35mm sensor for wide-angle shooting at a high resolution. Similarly, it can record 12-bit, 5.5K RAW video internally at up to 60 fps as well. Of course, if you want to slow down the action considerably, this Canon natively supports 120p/100p in full-HD format.

The camera body’s connectivity features include built-in GPS, Bluetooth Low Energy, Wi-Fi, and a gigabit Ethernet port for fast wired networking. It also brings button illumination, touch auto-focus, and a multi-controller on its rear, but people who already own a previous-generation 1D should have no trouble acclimating themselves to the new model.

There’s the usual weatherproofing you would expect from a professional camera, and it now supports dual CFexpress cards. Finally, the EOS-1D X Mark III has an impressive battery life of 2,850 shots on a full charge using the viewfinder. That’s more than twice its predecessor. It can take 610 pictures in live view.