As we wrote last month, Vivo debuted the X70 series in China. The new lineup comprises the X70, X70 Pro, and Snapdragon 888-based X70 Pro Plus.

Vivo Philippines sent us the base variant of the series — the Vivo X70 5G — a few weeks ago, and after spending a good amount of time with it as our daily Android phone and putting it through its paces, we’re publishing our review of the handset. We personally think it’s a very solid option if you have the budget for it and you’re looking to upgrade from a lesser model.

Design-wise, the biggest change from last year’s base X series model is the camera alignment in the upper-left corner of the back panel. You still get different rear-facing lenses here, but the X70 adopts a more traditional vertical array, so it can be hard to tell the three cameras apart.

In case you’re wondering, the primary camera carrying a 40-megapixel sensor sits at the top of the camera module, followed by the 12-megapixel telephoto option and 12-megapixel ultra-wide-angle shooter just down below. As usual, a Zeiss branding can be seen next to the topmost camera.

The back of the Cosmic Black model adds a sandblasted finish to the metallic polycarbonate frame, as opposed to the frosted exterior look of the Aurora Dawn variant. In our opinion, the former looks and feels more premium and makes the Vivo X70 5G surprisingly convenient to grip in one hand despite its rather sizable panel.

Elsewhere, very little cosmetic changes have been made to distinguish Vivo’s latest flagship, with the X70 sporting the same flat, centered punch-hole screen (though now likely of the E5 variety similar to that on the X70 Pro) as its predecessor. The panel still measures 6.56 inches across and incorporates a slim display bezel all the way around the screen. It has a 19.8:9 aspect ratio, so it’s pretty long and narrow and easy to hold, too.

Interestingly, the Vivo X70 5G comes with an IR blaster along the top, next to the phrase “professional photography” etched into the frame. This will allow users to operate appliances and other products with an infrared receiver. With the preloaded Smart Remote app, one can control his or her devices right from the phone out of the box.

At the bottom, you’ll find a dual-SIM tray that has no expandable storage option, a USB-C port, and a down-firing speaker tasked to single-handedly handle loudspeaker duties. Stereo speakers are pretty common across the premium category nowadays, so the extra channel rightfully feels like a misstep here. On the plus side, the lone speaker offers loud and balanced audio, though the mids and highs can start to sound a little harsh, especially at higher volumes.

The Vivo X70 5G flaunts a 6.56-inch Samsung-made AMOLED display with FHD+ resolution, HDR10+ support, and always-on functionality, same as last year. The high screen-to-body ratio — which is claimed to be around 92.76% this time around — and fast 120Hz refresh rate likewise remain.

In terms of picture quality, you’re not going to see a big difference between the X70 and its predecessor when gaming and viewing content. Both displays make looking at just about everything a joy and offer a satisfying middle ground between how sharp things look and how smoothly things move.

High-res content popped off the screen, as you’d expect, displaying vibrant yet mostly accurate colors, as well as deep and inky blacks where needed. We turned to some movie trailers, including one for Ang Lee’s Gemini Man, to see what the Vivo X70 could do with HDR. Say what you will about the Will Smith doppelganger-driven actioner, but the smartphone made the video worth watching.

Outdoor legibility is fine, as the brightness levels go high enough to keep the display visible under less-ideal conditions. The high peak brightness also allowed us to venture out in the heat of the noon sun and shoot videos.

As for the MediaTek Dimesity 1200, the flagship chip is fabbed on a 6nm process and pairs four Cortex-A78 performance cores clocked up to 3GHz with four Cortex-A55 efficiency cores running up to 2GHz. The GPU is a Mali-G77 MC9, while the integrated 5G modem has a Dual 5G Standalone feature for a more consistent network experience when using 5G data. If you live in a 5G area in the Philippines, the Vivo X70 can take advantage of blazing-fast internet speeds and low latencies that 5G allows.

Most modern flagship smartphones have more power than they need to handle everyday tasks, and our day-to-day experience with the X70 as our daily driver suggests it can multitask with the best Android phones around, and it should be able to handle everything you throw at it without breaking a sweat. 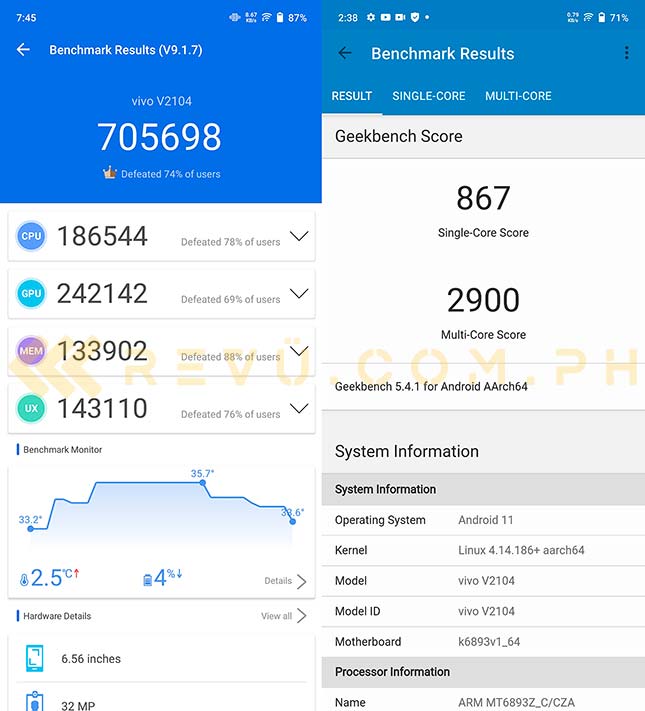 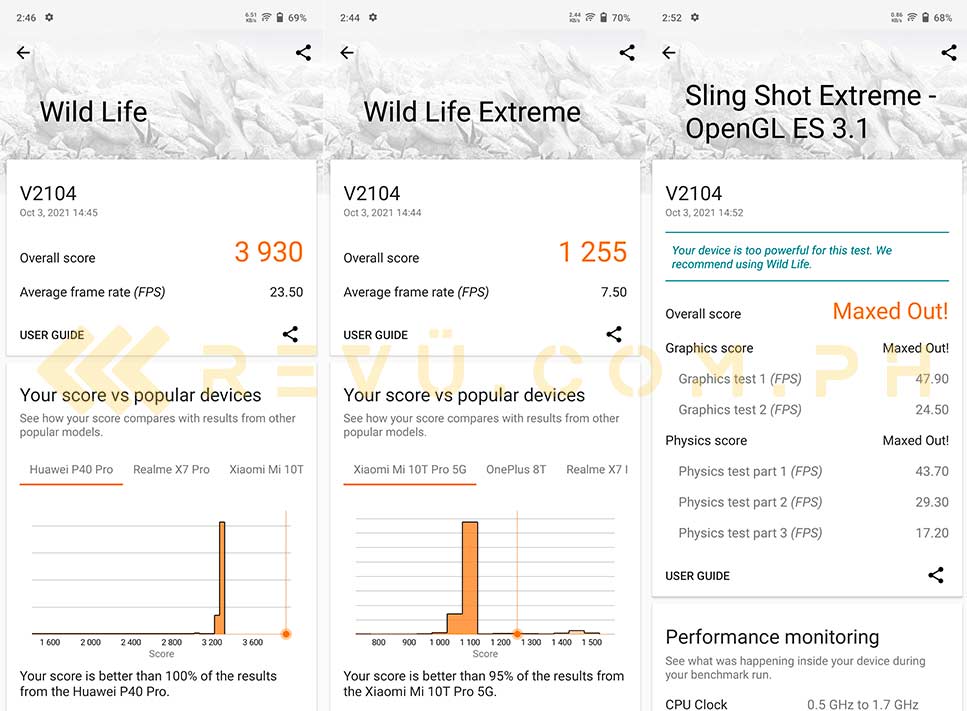 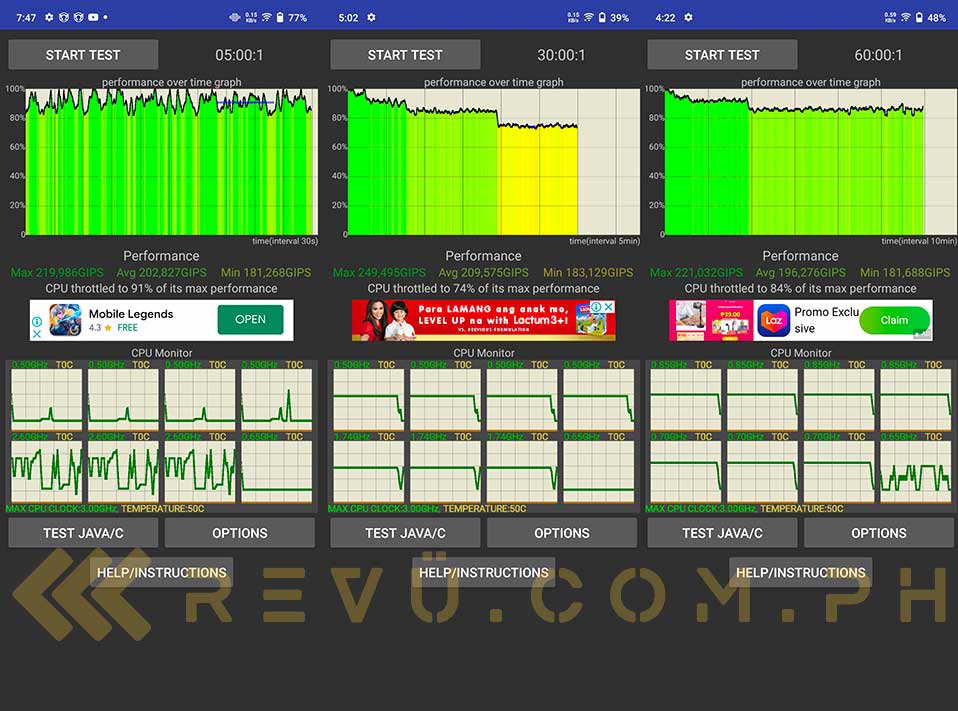 With the refresh rate set to 120Hz on a 1080p resolution, this flagship absolutely flies. Vivo’s cheerful Funtouch UI animations look slick and responsive under our fingers, while opening apps and switching between them is generally a smooth affair. Gaming above 60 fps is possible, although there are only a few games on the Google Play Store that support higher frame rates.

We spent a good number of hours playing Genshin Impact and Marvel Future Revolution on the Vivo X70 5G and enjoyed smooth gameplay at about 60 fps while maxing out the settings. Our unit did get a little warm after 30 minutes of nonstop gaming, but it was nothing alarming.

It’s also worth noting that the X70 comes with 12GB of physical RAM, but supports Vivo’s Extended RAM feature, which allots 4GB of the phone’s unused storage as virtual RAM to slightly improve performance when you’re using a bunch of apps at once. The X60 was only capable of extending its physical RAM limits by 3GB.

It’s hard to say if we saw any benefit from the extra virtual RAM during our testing. Then again, that might be because the Dimensity 1200, coupled with a generous amount of memory, is already plenty powerful enough for any task.

For capturing images and videos, the Vivo X70 5G boasts triple rear cameras, just like the model before it. Unlike the X60, though, the follow-up is equipped with a 40-megapixel Sony IMX766V sensor behind f/1.89 Zeiss lens, dropping the 48-megapixel Sony IMX598 unit of the former. Below the main shooter, you get a pair of 12-megapixel cameras for ultra-wide and zoom shots.

There’s no dedicated macro lens here. Instead, the ultra-wide option also functions as a camera for extreme closeups. You can also shoot at 2x magnification to zoom in even closer to your subject without losing much detail. Selfies are handled by a 32-megapixel, f/2.45 camera. 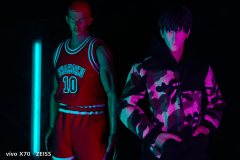 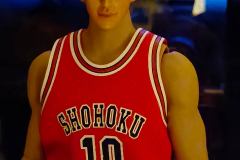 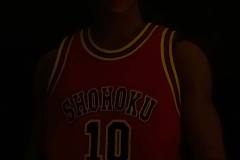 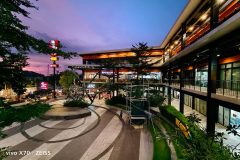 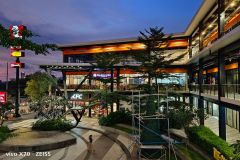 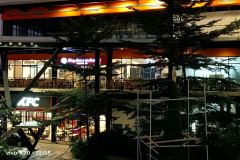 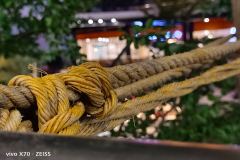 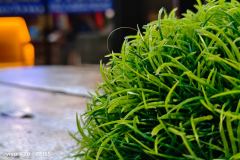 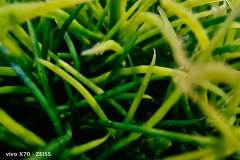 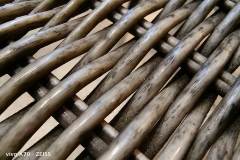 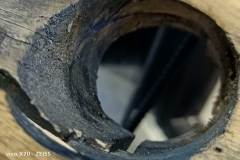 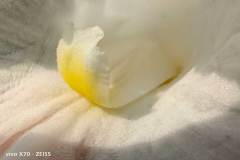 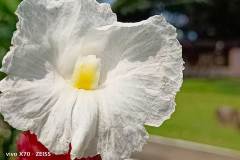 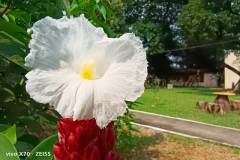 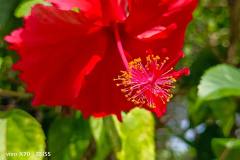 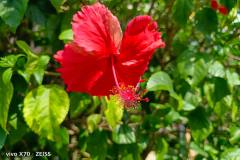 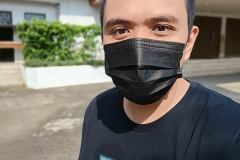 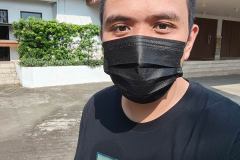 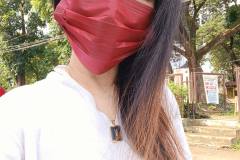 The innovative gimbal-like stabilization of the Pro variants in the X series isn’t offered on the standard X70, but you do have optical and electronic stabilization through Vivo’s improved 5-axis Gimbal Stabilization 3.0, which works as advertised and makes a world of difference when recording videos handheld. For those who are interested in shooting vlogs or creating video content for social media and don’t want to spend extra on a dedicated stabilizer rig, the X70’s lens-based stabilization is on its own a killer selling point.

Video shot on the Vivo X70 5G. No gimbal, all handheld

We also think the rear-facing camera system does excellent work when shooting portraits using the primary and tele lenses. If you’re not familiar, that’s 1x and 2x, respectively, on the viewfinder. And there are several nice Zeiss-branded portrait filters, too. Switching to 0.6x activates the ultra-wide shooter, whereas Macro mode is a setting you can enable by tapping the Macro icon, which looks like a little flower at the top of the Camera app. 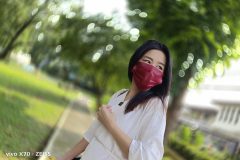 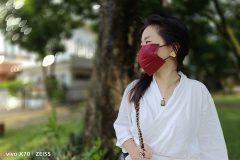 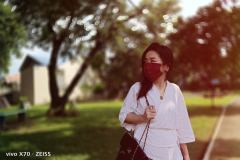 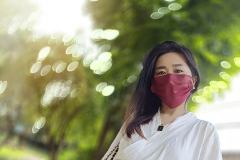 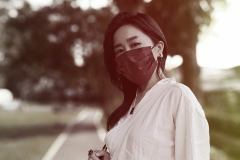 For all-day endurance, the X70 packs a 4,400mAh battery backup, up from the X60’s 4,300mAh cell. It’s obviously not the highest, but the battery here has a decent capacity and can keep the phone powered for a day with standard usage. Using the PCMark battery test, the X70 lasted 13 hours and 44 minutes. By contrast, the X60 scored 11 hours and 2 minutes in the same test.

When it’s time to recharge, the bundled 44-watt power brick offers quick and convenient charging right out of the box. Thirty minutes plugged in is enough to take the battery to around 60% charge, while a full charge from zero takes under an hour — 54 minutes in our test, to be exact. Unfortunately, there’s no wireless option here.

In the Philippines, the Vivo X70 5G is officially priced at P34,999, or roughly $690 converted, same as its predecessor at launch. This is for the lone variant released locally with 12GB of RAM and 256GB of built-in storage.

That’s a pretty reasonable sum given the handset’s premium hardware, fast and vibrant screen, and stabilized camera system paired with Zeiss optics. The MediaTek Dimensity 1200 is also a nice alternative to the industry-leading Qualcomm Snapdragon 888, especially if battery life is one of your main considerations when buying a flagship smartphone.

Though not the most powerful Vivo phone ever produced, the X70 is a worthwhile contender in the high-end space. Just don’t expect a big jump in performance, or enough upgrades across the board, if you are coming from the X60.