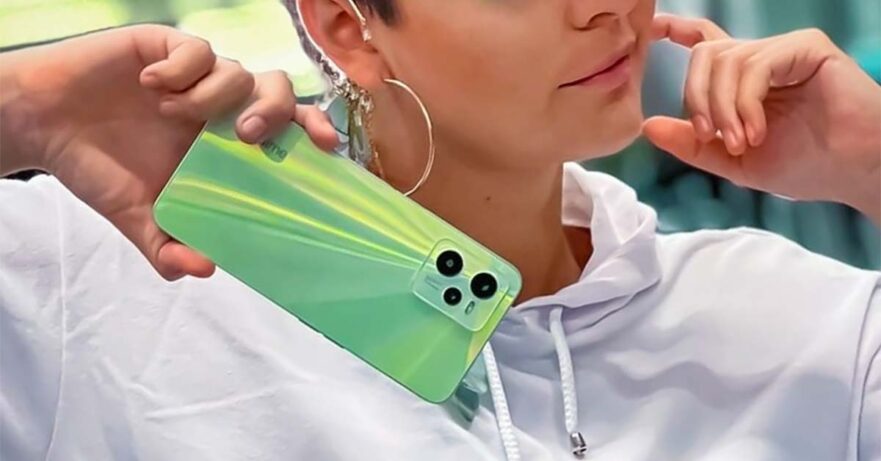 The wait is over. The Realme C35, Realme‘s latest entry-level smartphone and the latest addition to its bestselling C series, is now available in the Philippines.

As part of the company’s introductory offer, the C35 will go on sale at a discounted price of P6,888 (around $131 converted) for the 4GB/64GB base variant and P7,888 ($151) for 4GB/128GB of storage, available exclusively through the official Realme store on TikTok Shop Philippines. The limited-time discount is valid today from 3 p.m. to 8 p.m only.

Additionally, buyers of the Realme C35 on TikTok Shop Philippines will receive a free Realme Motion Activated Night Light worth P590 ($11) with every C35 unit purchased during its five-hour sale window.

Elsewhere, the smartphone will be available via Realme’s flagship e-commerce stores on Lazada and Shopee, where users can get discounts of up to P1,200 ($23) starting this midnight, May 19. You can also buy the handset offline in Glowing Green and Glowing Black colors from Realme stores and partner retailers nationwide.

Marketed as the brand’s most stylish budget phone yet, the Realme C35 features a trendy, squared-off design reminiscent of some high-end models today. It also boasts a pocketable body, weighing 189 grams and coming in at only 8.1mm at its thickest point. It’s the first C series model with a 6.6-inch FHD+ IPS display with a resolution of 2,408 x 1080 pixels.

To provide a smooth experience, the C35 comes equipped with a capable 12nm octa-core processor and runs Android-based Realme UI R Edition out of the box. The latter is a custom Android skin that promises a closer-to-stock Android experience compared with the standard Realme UI overlay. Its battery, meanwhile, is rated at 5,000mAh, good enough for 39 days on standby, and supports fast charging up to 18 watts, allowing the battery to be fully charged in a relatively short time.

On the back, you get a 50-megapixel, f/1.8 primary camera alongside dedicated macro and portrait sensors, while the front-facing camera packs an 8-megapixel Sony unit for selfies and video chat.