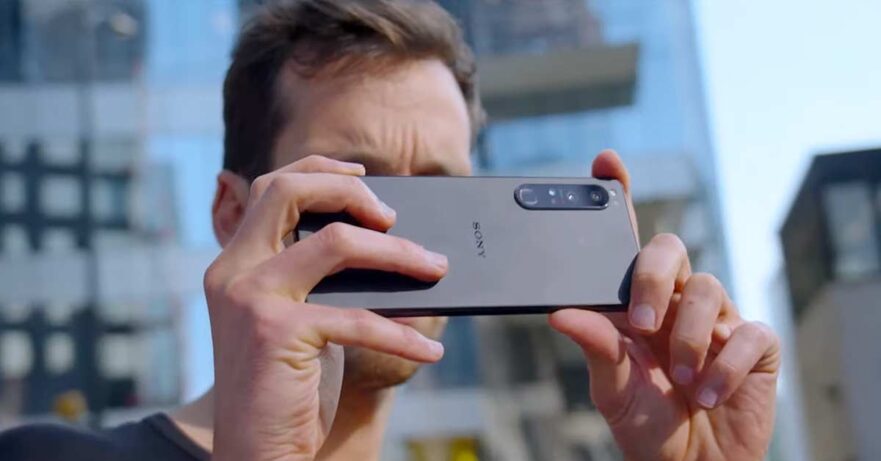 Sony today announced two new smartphones under its Xperia smartphone line, with the Sony Xperia 1 IV leading the way as the Japanese manufacturer’s latest flagship offering. The midrange Sony Xperia 10 IV also made its global debut, bringing some notable changes under the hood compared with the third-generation model.

The Xperia 1 IV brings back Sony’s hallmark 4K OLED display (although it isn’t compatible with most apps), in addition to Qualcomm’s latest and most powerful Snapdragon 8 Gen 1 spec and an interesting camera system with a stepless-continuous zoom feature between 3.5x and 5.2x over the primary rear camera. Its super-sharp screen can also operate at 120Hz, making it suitable for games and high-refresh content.

Speed is everything. Introducing Xperia 1 IV: the World’s first smartphone with 4K HDR 120fps video recording on all lenses for beyond-exceptional video creation and streaming.

Another highlight this time around is Sony’s exclusive partnership with YouTube, which allows Xperia 1 IV users to livestream on the platform even if they don’t meet its subscriber requirement. The phone natively supports streaming with Sony Alpha cameras, too.

Other notable specs of the Xperia 1 IV include a rear-facing setup with three 12-megapixel sensors, a 12-megapixel selfie shooter, a fast-charging 5,000mAh battery, and near-stock Android 12.

The Sony Xperia 10 IV, on the other hand, boasts similar aesthetics as the new Xperia flagship, although its rear panel features a smaller, less-impressive camera island. It packs a more compact, 6-inch OLED screen, too, but with the same 21:9 cinematic aspect ratio and Corning Gorilla Glass Victus glass on top of the panel. The refresh rate stays at a disappointing 60Hz, which is something you hate to see on a phone that costs almost €500 ($528 or P27,548).

Inside, the fourth-gen Xperia 10 is equipped with a 6nm Qualcomm Snapdragon 695 chipset with Adreno 619 graphics and a 5G modem. The battery is rated at 5,000mAh and tops out at 30 watts, though you’ll need to purchase your own quick charger, as there’s no power brick in the retail box for environmental reasons.

For pictures, you get a 12-megapixel primary camera, alongside a pair of 8-megapixel cameras for ultra-wide and zoom shots. The front-facing camera has 8 megapixels as well.