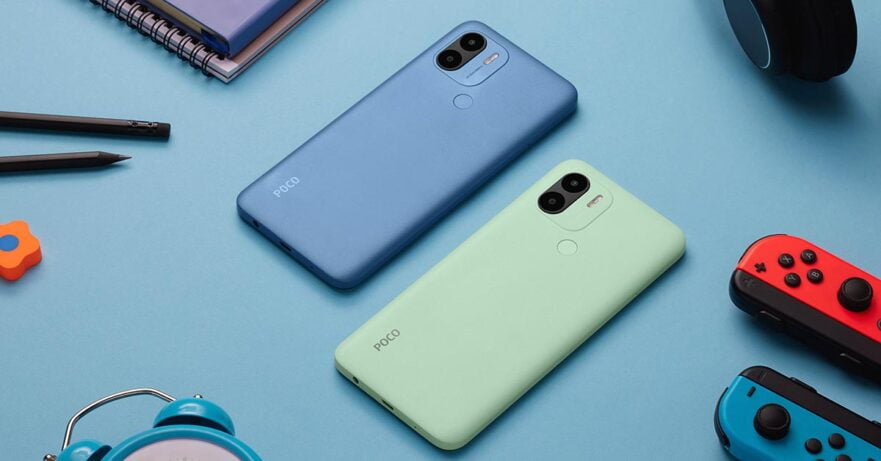 Xiaomi‘s POCO has something new for the budget market to kick off the new year.

The POCO C50 has been launched in India with a suggested retail price of ₹6,499 (approximately P4,389 or $78) for the 2GB/32GB model and ₹7,299 (P4,929 or $88) for the version with 3GB of RAM and the same amount of storage. Considering that the smartphone’s predecessor, the POCO C40, was released in the Philippines, there’s a big chance that the POCO C50 will become available here, too.

The newly launched model features a 6.52-inch screen with a 1,600 x 720 resolution, a 5,000mAh battery with support for 10-watt charging, an 8-megapixel dual camera on the back, a 5-megapixel selfie shooter, and a rear-mounted fingerprint sensor.

As a starter smartphone, the POCO C50 gets a MediaTek Helio A22 chip and runs the lightweight Android 12 (Go Edition) operating system with a layer of MIUI for POCO on top. It helps that the handset doesn’t look cheap, thanks to a back panel in either blue or green that boasts a leather-like texture.