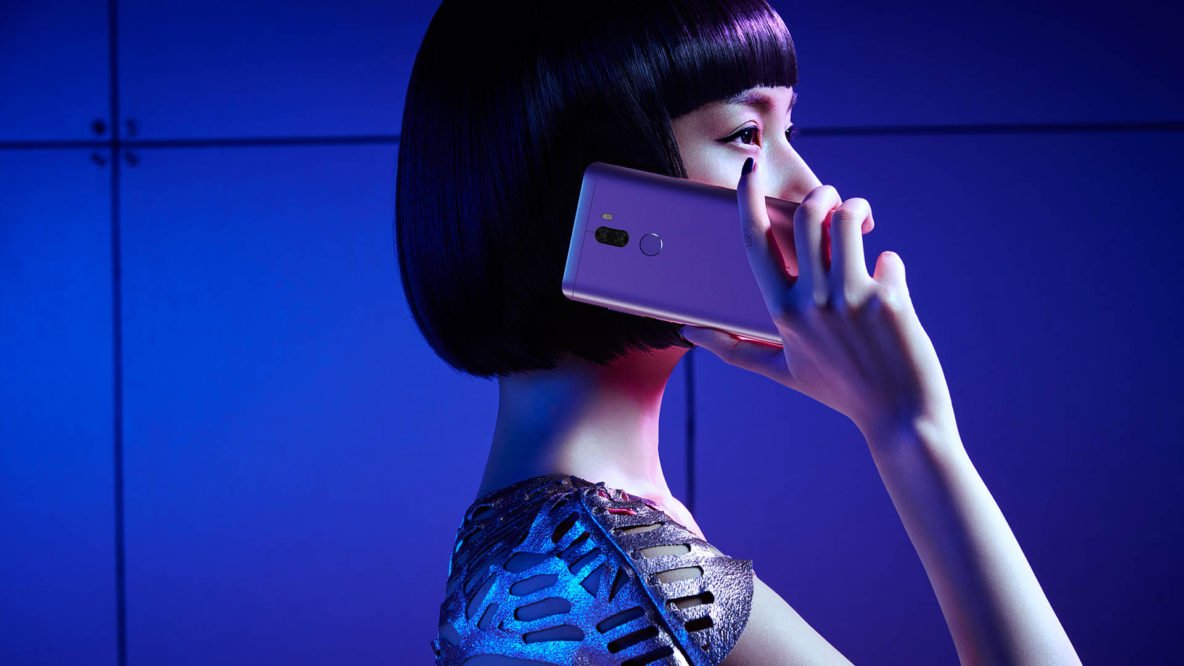 LAUNCH a device whose specs can match or outdo the competition and offer it at a much lower price. That’s classic Xiaomi. And that’s how the Chinese company played the game again today, as it introduced two new flagship smartphones that cost as low as 1,999 yuan ($300 or P14,500). It’s a move abandoned by ASUS, which now offers its traditionally affordable ZenFone devices at a higher price.

The 5.15-inch Mi 5s and the 5.7-inch Mi 5s Plus look more durable than the former top-of-the-line phone. Gone is the dual-glass panel of the Mi 5; Xiaomi has opted to go fully metal this time. We had the chance to play with the Mi 5, and guess what happened? Its body and screen cracked when we dropped it from a height of just a little over one foot.

Powering the two smartphones is Qualcomm’s Snapdragon 821, a chipset that can only be found on the ASUS ZenFone 3 Deluxe and the LeEco Le Pro 3 thus far. They both offer up to 128GB of fast UFS 2.0 storage; come with a 4-megapixel front camera with f/2.0 aperture and 80-degree wide-angle capture; and support USB-C, Quick Charge 3.0, and dual-SIM slots.

But the main features that set them apart make them more interesting. 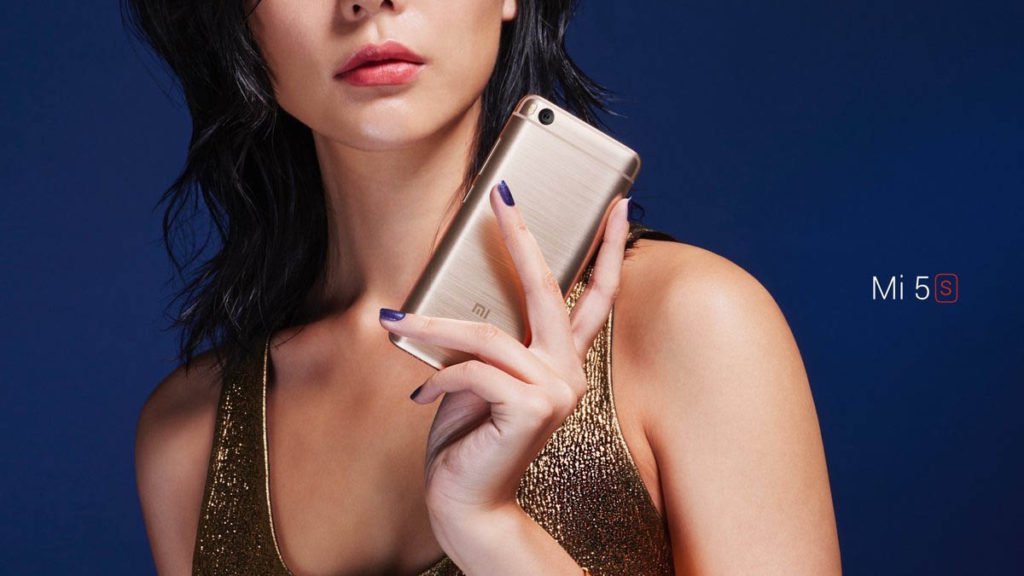 A standout on the Xiaomi Mi 5s is the use of ultrasonic fingerprint technology, which puts the fingerprint reader under the glass. The solution makes for more accurate fingerprint readings even if your hands are wet or dirty. It’s possible for the phone to have a totally button-free design as well, but Xiaomi has placed a dent where the sensor is.

A standout on the Xiaomi Mi 5s is the use of ultrasonic fingerprint technology, which puts the fingerprint reader under the glass. 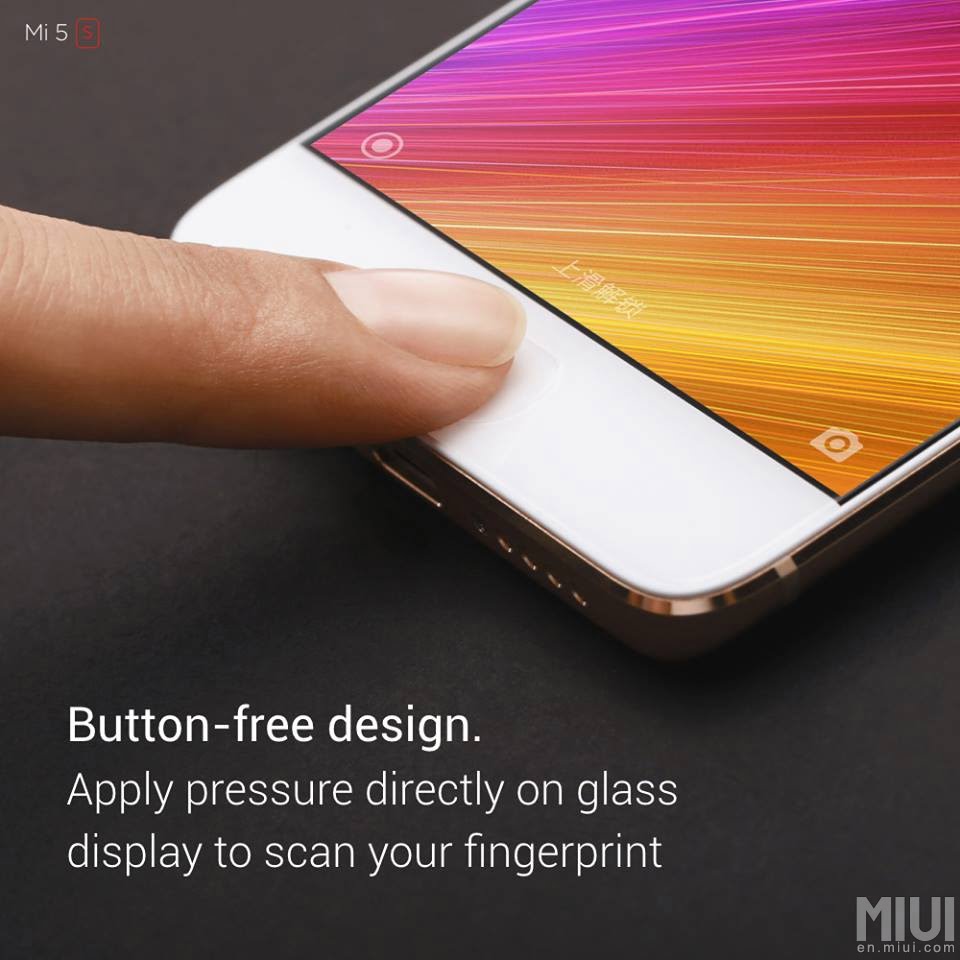 The Xiaomi Mi 5s’ fingerprint sensor is placed under the glass. Don’t be fooled by the phrase ‘button-free design,’ though

It’s interesting that the company has gone for the larger-pixel approach for its main camera, the same technique Google used on the Nexus 6P and 5X. The Mi 5 has a 16-megapixel sensor, but the Xiaomi Mi 5s gets a little lower at 12 megapixels. Sensitivity is better courtesy of the large 1.55um pixel sites, though. Below is a sample photo taken with the Mi 5s. Others samples can be found here.

The bigger Xiaomi Mi 5s Plus is fitted with two 13-megapixel rear cameras. The company is no stranger to the dual-camera setup, as it has introduced it into the Redmi Pro. But this time, the system will work the same way as the Huawei P9 Series’ — one takes pictures in color and the other in monochrome to produce more detailed images; however, each sensor can be used independently.

An interesting detail for those who are particular about a phone’s RAM: The Mi 5s Plus has a version that comes with 6GB of RAM. The variant now joins the elite club whose current members include only the ZenFone 3 Deluxe and the Le Pro 3.

The Xiaomi Mi 5s Plus is fitted with two 13-megapixel rear cameras and has a version that comes with 6GB of RAM. The variant now joins the elite 6GB of RAM Club whose current members include only the ZenFone 3 Deluxe and the Le Pro 3.

MY THOUGHTS: Given the Mi 5 and most other Xiaomi devices were not officially released in the Philippines, I doubt these two are ever going to set foot in the country. The company seems more focused on India, currently the fastest-growing smartphone market in the world, besides its native China. And it is preparing to penetrate a market far from home — the U.S. Guess Xiaomi’s executives will have their hands full by then.

A review of the Mi 5s and Mi 5s Plus’ predecessor, the Xiaomi Mi 5