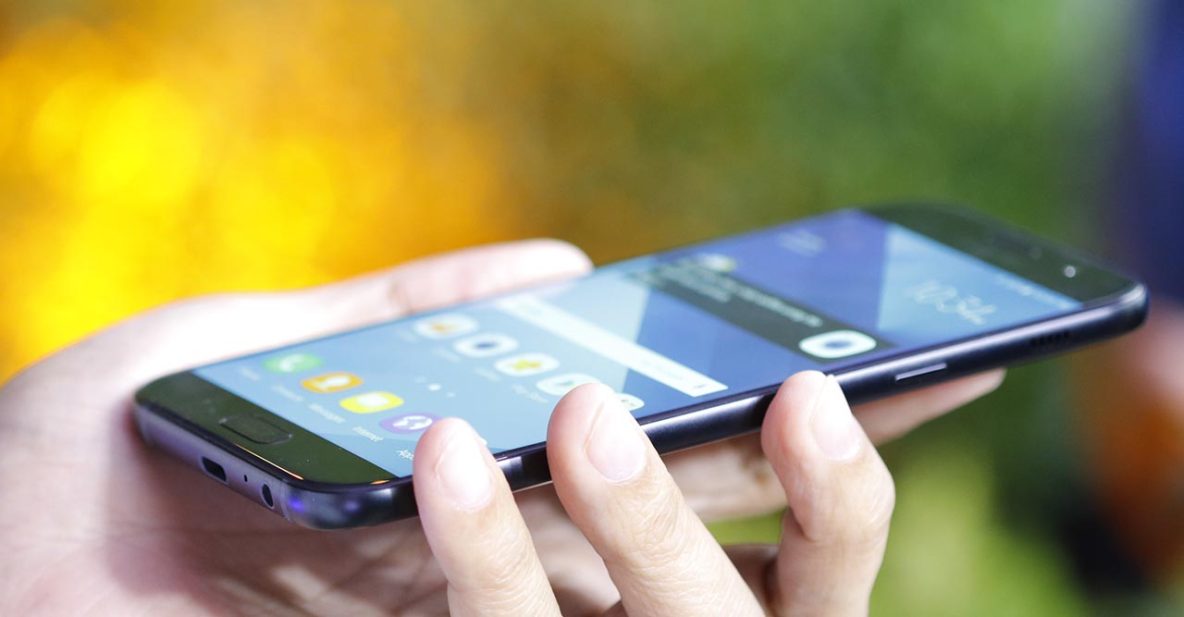 SAMSUNG Electronics Philippines has fired its opening salvo of the year, launching two of the three models that are part of the 2017 edition of the Galaxy A Series. The lineup has been listed on the tech giant’s global press site since early January.

This year’s Samsung Galaxy A5 (click for complete specs) and A7 (click for full specs) inherit some of the features of the company’s flagship smartphones without an increase in price. As with the S7 and S7 Edge, for example, they are IP68-certified. That means they are not only dust proof, they are water-resistant as well; they can withstand being submerged in up to 1.5 meters of fresh water for as long as 30 minutes.

The 2017 Samsung Galaxy A5 and A7 inherit some of the features of the company’s flagship phones. As with the S7, for example, they are IP68-certified. That means they are not only dust proof, they are water-resistant as well.

Samsung brings its flagship devices’ reversible Type-C connector, fingerprint sensor, user interface, and always-on AMOLED display to the Galaxy A5 and A7, too.

There are other features that may make you want to own any of the two phones.

For one, the 2017 models have improved 16-megapixel front and rear cameras with an f/1.9 aperture for better shots in low-light conditions, as compared with the 2016 Samsung Galaxy A5 and A7’s 5-and-13-megapixel-sensor combo. They have an internal storage of 32GB, which you can still expand up to 256GB via a microSD card. They feature fast-charging tech and are powered by a 1.9GHz octa-core Exynos chipset with 3GB of RAM.

And it helps that they look premium, thanks to their metal frame, curved glass on the back (curvier than the one on the front), and a main camera that doesn’t protrude.

If you want to be one of the first owners of either of the two smartphones in black, blue, or gold, swing by this page on Lazada Philippines starting January 14.