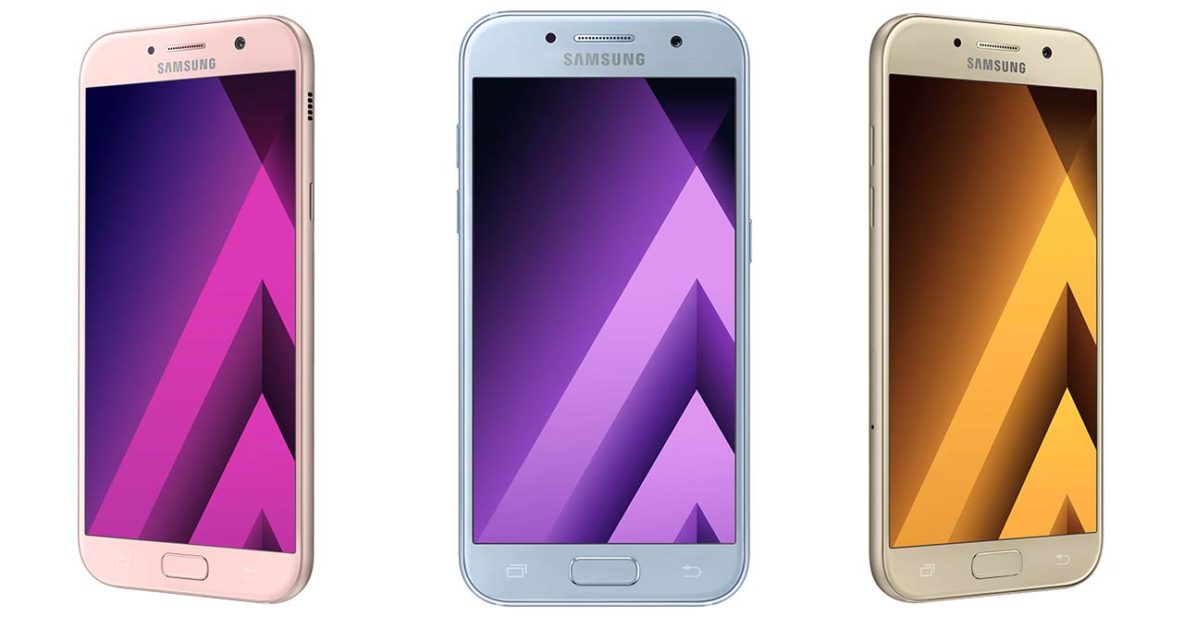 SAMSUNG has kicked off the new year by announcing its revamped Galaxy A series of smartphones ahead of CES 2017 in Las Vegas. Initially tipped to debut in Malaysia on January 5, the lineup has been listed on Samsung’s global press site, and includes the Galaxy A3, A5, and A7.

All three phones are protected from dust and water damage (IP68 certification); feature reversible Type-C connectors and fingerprint scanners built into their home buttons; and come with always-on AMOLED displays that let users see their notifications at any time. Oh, and they have expandable storage up to 256GB via a microSD card.

So in more ways than one, the new Galaxy A range borrows the best features of the ill-fated Galaxy Note 7 without considerably upping the cost — at least as far as the Samsung Galaxy A3 and A5 are concerned: They are priced at 329 and 429 euros (around $345 and $450 in U.S. dollars and P17,000 and P22,300 in Philippine peso), respectively. Samsung hasn’t revealed the pricing for the Galaxy A7 just yet.

In more ways than one, the 2017 Samsung Galaxy A range borrows the best features of the ill-fated Galaxy Note 7 without considerably upping the cost.

The Galaxy A3 is the smallest of the trio, with a 4.7-inch, 720p screen. It’s powered by a 1.6GHz octa-core processor and a 2,350mAh battery. The rear camera is 13 megapixels, while the front-facer takes selfies at up to 8 megapixels in resolution. On the plus side, the aperture on both is f/1.9, meaning this handset should be capable of decent low-light shots.

Sitting in the middle of the pack is the Galaxy A5, which has a 5.2-inch display at full resolution; an octa-core processor running at 1.9GHz; and a 3,000mAh battery with fast-charging support. It adds a 16-megapixel camera on the front and back, suggesting the A5 could serve as Samsung’s counter to the selfie-first smartphones that have cropped up in the wake of the selfie boom. Do recall that last year’s Galaxy A5 had a measly 5-megapixel front camera by comparison.

Last, but obviously not the least, is the Samsung Galaxy A7, or, as we describe it, a poor man’s bigger (and longer-lasting?) Galaxy S7. This midranger packs a large 5.7-inch screen; a 1.9GHz octa-core Exynos chipset with 3GB of RAM; and a meaty 3,600mAh battery that charges quickly. As with the A5, the A7 also comes with a pair of 16-megapixel cameras.

The phones will likely hit select markets this month, with a global release shortly after.

Video you may want to watch: A history of Samsung’s Android design