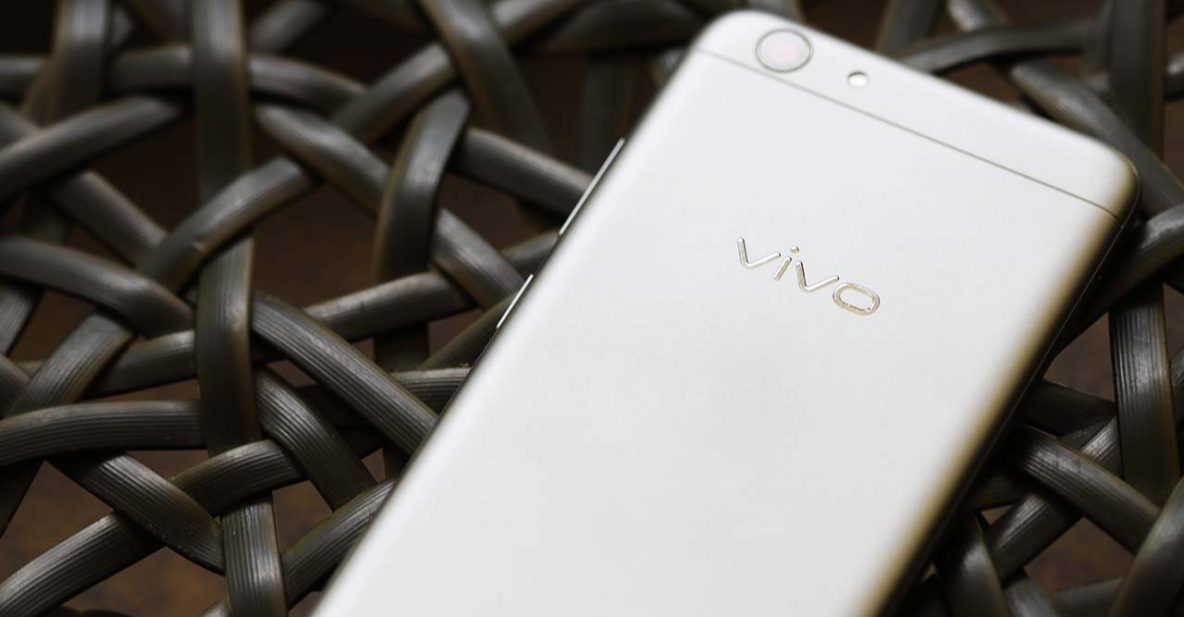 BUDGET smartphones have come a long way in a short time. As you probably know, some even come with a fingerprint reader, which is crazy given that, up until a couple of years ago, the luxury of biometrics security was limited to higher-end devices. The outliers, many originating from the Far East, offer many of the features you’d want on your next purchase — and at bargain prices.

And then there are lower-tier offerings that are less complicated to set up and use and simply stand out by leaning on components that allow them to go faster and look and feel more expensive than they are.

The Vivo Y53 (click for complete specs) is among that crowd, light on glitz and fireworks, but nonetheless worthy of note. At P5,990 (around $120 or ₹7,742), it’s a pretty solid no-nonsense option that non-power users will find adequate, with enough oomph to handle heavier duties just fine. From casual to moderate computing to the occasional gaming session. 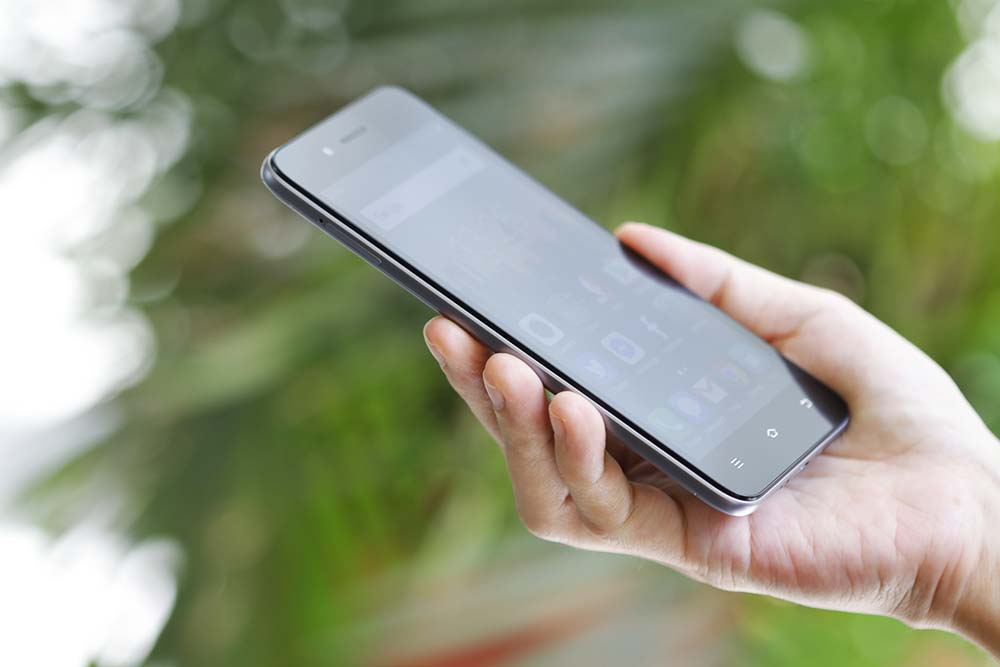 There are lower-tier phones that are less complicated to use and simply stand out by leaning on components that allow them to go faster. The Vivo Y53 is one of them.

For the mobile photographer on a budget, the Y53 may not suffice for most use cases, but at least both cameras are serviceable in their roles when lighting is good. Further still, the Y53 doesn’t look too plasticky or fragile while at it. And though not built to the highest standard, this plastic-bodied phone is practical and designed for everyone and for long use, thanks to its non-slippery body and acceptable narrowness.

Look at it from the rear, and you will be reminded of an iPhone 6 model, minus the attention to detail that sets Apple smartphones apart from most of the competition, of course. Fronting a 5-inch screen, the Vivo handset is larger, too — but not unwieldy despite the chunky bezels. Which is to say our smallish hands can grip the phone, reach across with our thumb, and operate it one-handed without straining.

The back of the Vivo Y53 tapers toward the edges, which are also curved for comfort. Two discrete lines that appear to be antenna bands run across the top and bottom sections, while the company branding, tastefully done, as we’ve come to expect from Vivo phones, can be found on the upper portion of the backside. 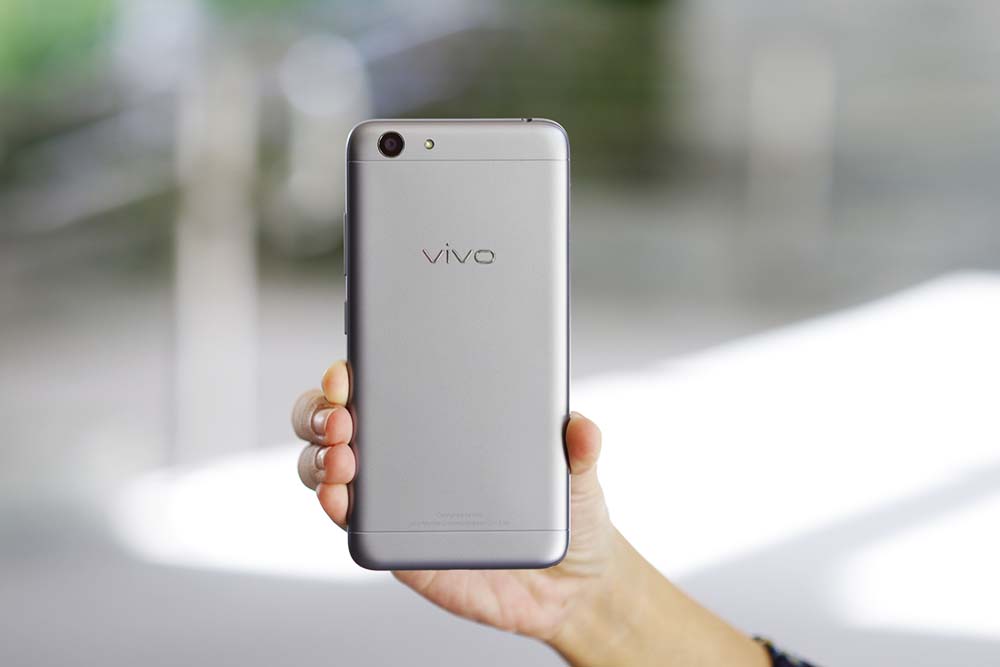 Two discrete lines that appear to be antenna bands run across the top and bottom sections of the Vivo Y53.

Meanwhile, the side buttons — we mean the power and volume-rocker keys — are perfectly placed where your thumb rests if you are holding the unit with your right hand. The buttons are not recessed; they don’t wobble excessively when pressed, either. Again, another plus that makes a tangible impact, however slightly.

The expansion tray on the left side seats two nano-SIM cards — plus an SD card to beef up storage, which you’ll probably end up using because memory tops out at 16GB. Decent but not great by today’s standards.

Nice of Vivo, too, not to make the user choose between dual-SIM functionality and more space for apps and games. Both SIM card slots support 4G LTE networks for fast mobile data where offered, which is always a welcome luxury for a low-priced handset.

Vivo won’t make you choose between dual-SIM functionality and more space for apps and games. Both SIM card slots support 4G LTE networks for fast mobile data where offered, which is always a welcome luxury for a low-priced handset.

The bottom edge scores a “still relevant in 2017” microUSB port. The lack of fast charging is unfortunate but isn’t surprising at all from an entry-level option. Whereas audio coming from the bottom-firing speaker is loud enough to be heard in noisier settings, good enough for listening to podcasts and music out loud indoors.

The navigation keys sitting flush on the front of the Vivo Y53 are the right size, though the lack of backlighting means new owners — especially those unfamiliar with Android — may have a hard time navigating the phone in complete darkness.

The LCD display — bright, not too reflective to be a nuisance, and sufficiently legible outdoors — stretches to 5 inches. It isn’t high-def, though, what with Vivo keeping things low-key with a 960 x 540 resolution screen. Colors aren’t as vivid as you’ll see on some devices that are priced slightly higher than the Y53, while the limited viewing angles fall within the range of other panels in its class. 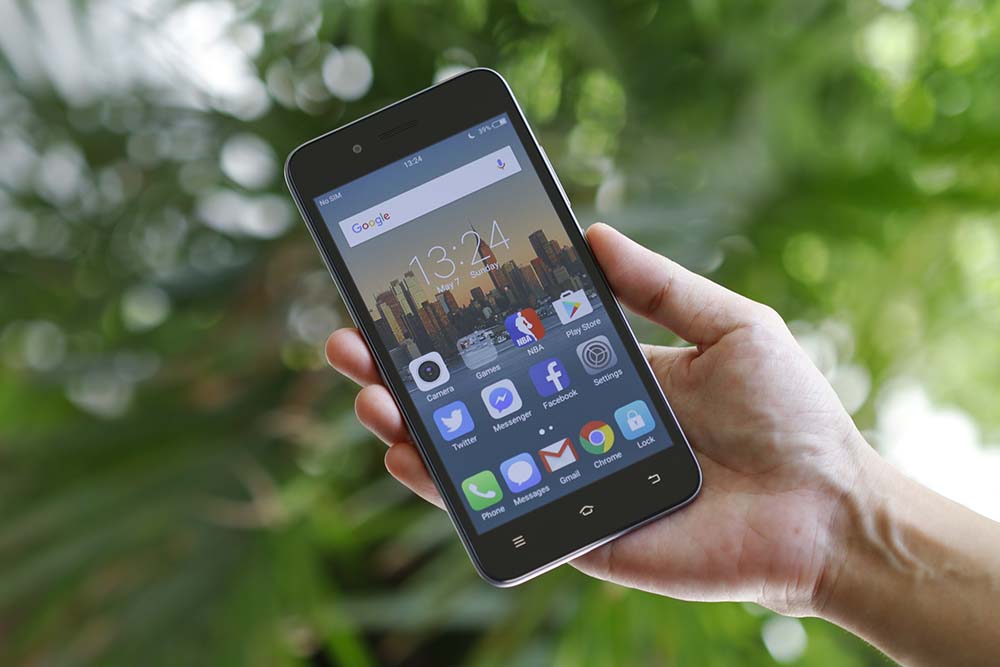 The Vivo Y53’s 5-inch LCD display is bright, not too reflective to be a nuisance, and sufficiently legible outdoors.

The screen is genuinely usable but not ideal. And despite our grievances, it is nonetheless fine for most use cases that don’t involve dealing with small fonts. Feel free to gorge on movies and TV shows, but consider turning the captions off. On a related note, the Vivo Y53 has DLNA capabilities, so you can stream your media library with ease.

For the smartphone shutterbug, there’s an 8-megapixel snapper on the back of the handset, accompanied by a single LED flash, whereas the front carries a 5-megapixel cam for selfies and video chat. 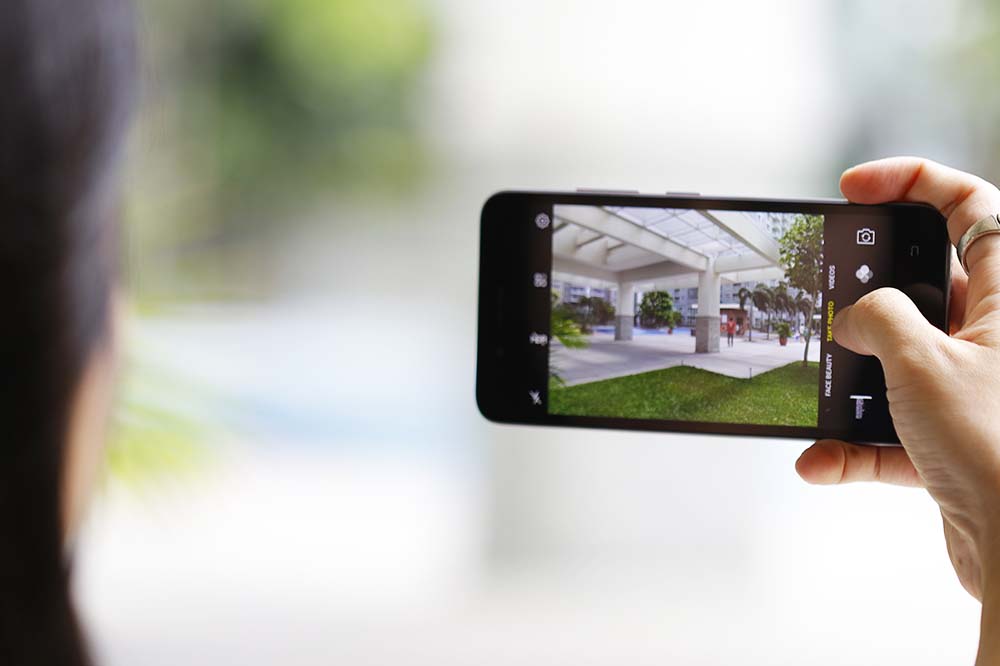 For the smartphone shutterbug, there’s an 8-megapixel snapper on the back of the Vivo Y53.

On paper, this sounds OK, but in practice — as you may have heard, megapixels do not necessarily translate to higher-quality photos — the resulting images are hardly worth noting. Which is to be expected with most choices on the mass-market list. It helps that the camera app by Vivo offers a decent selection of shooting modes and filters to spruce up your shots when #NoFilter just isn’t cutting it. 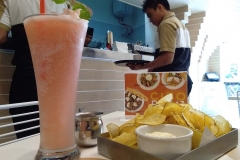 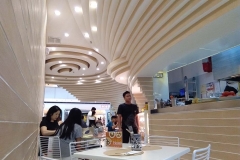 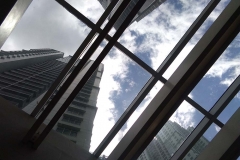 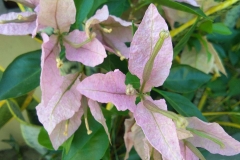 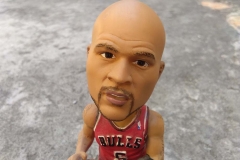 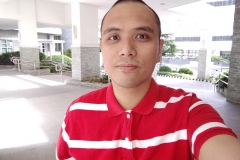 Leaving aside the cameras, the Y53’s hardware performance is where it really comes into its own. Too often, processing power and graphics capabilities are determined by a phone’s worth. The higher it is, the smoother the experience and the more quality games a phone can run. This is the expected norm.

But that’s not entirely the case with the Vivo Y53. It isn’t the fastest in the segment, but you definitely can do a lot worse. Paired with 2GB of RAM, the quad-core Qualcomm Snapdragon 425 chipset under the bonnet can handle the most demanding 3D games, including NBA 2K17, at reasonable frame rates.

The Vivo Y53’s hardware performance is where it really comes into its own. Too often, processing power and graphics capabilities are determined by a phone’s worth. But that’s not the case with the Y53.

Apps, too, open without stutters, and multitasking is not an issue, particularly when it involves lighter tasks such as web browsing and sifting through your social-media feed.

The Android Marshmallow-based interface feels good and intuitive as well, and there are terrific tweaks burrowed in the Settings app. You can, for instance, double-tap the screen to wake the phone, or press and hold down the volume down button to fire up the camera, launch any app, record audio, or use the flashlight function. 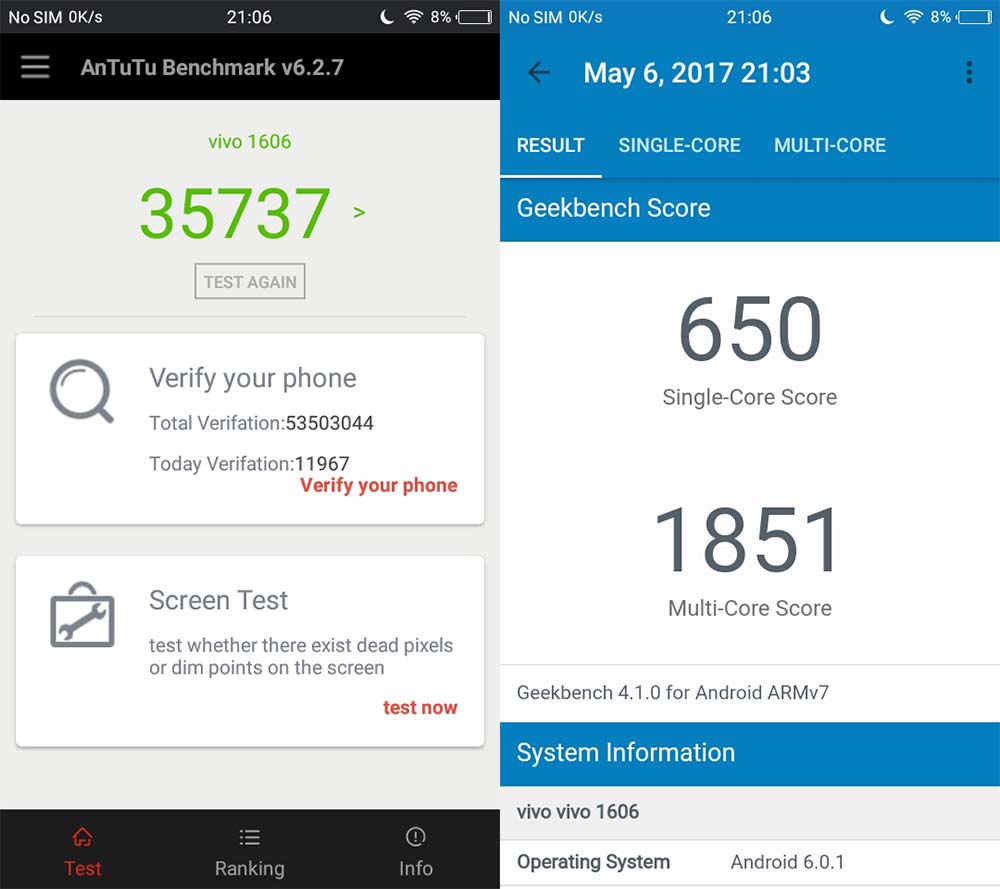 For our use, the battery life from the 2,500mAh cell is a sure shot for a full day’s work with extra to spare. You can pin that down to the efficient processor and the meager display resolution. With heavier and consistent use, we typically had to go hunting for a wall socket early in the evening. Battery life, more often than not, is just as much about efficiency as it is capacity, and that’s what we have here.

A capable but affordable performer in a handy package. This is the proposition presented by Vivo. But mostly, it’s a fine introduction to smartphones that can do two things well: multitask and crunch workloads meant for more expensive models.