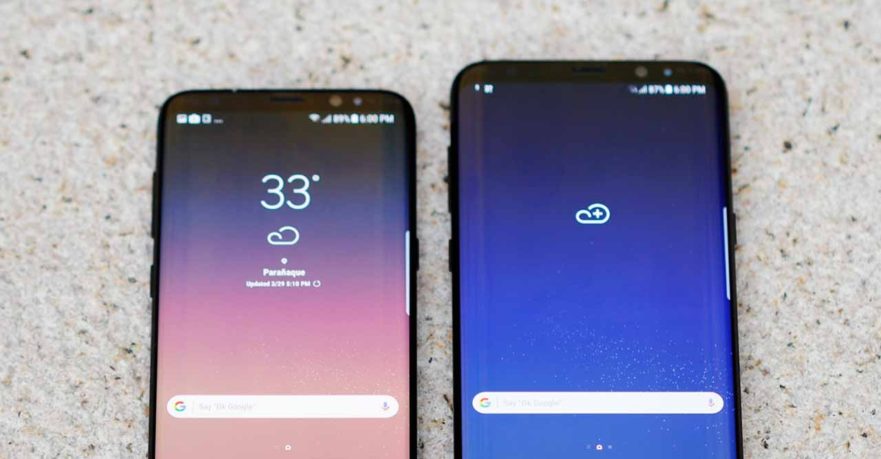 Days after getting their official global launch date, the Samsung Galaxy S9 and Galaxy S9+ have allegedly shown up on the interwebs.

The latest leak comes from Evan Blass of VentureBeat, who obtained a press image of Samsung’s Galaxy S9 and S9+ standing side by side with their front panels exposed.

And yes, they pretty much resemble their predecessors from last year, only with slightly slimmer bezels especially at the bottom, as reported on numerous occasions.

Blass has a solid enough history of accurately leaking smartphones, so we’re pretty confident that what we’re seeing are indeed renders of the Galaxy S9 and S9+.

The former is rumored to feature a 5.8-inch display with 4GB of RAM, while the Plus model could arrive with a larger, 6.2-inch panel and 6GB RAM and 128GB storage. Owing to previous designs, both will sport taller displays compared to traditional smartphones.

The backs of the phones are not visible, though Blass believes Samsung will relocate their fingerprint scanners below the main camera for easier access. The cameras of the S9+ will reportedly be stacked vertically.

Another supposed major hardware change is that both handsets will have a variable aperture from f/2.4 to f/1.5 — which, make no mistake, is the lowest aperture ever in a phone — and can automatically record slow-motion video when they detect fast movement. Expect both phones to be powered by Samsung’s own 9810 chipset or Qualcomm Snapdragon 845 in the U.S. and Chinese markets.

The Samsung Galaxy S9 and Galaxy S9+ will reportedly have a variable aperture from f/2.4 to f/1.5 — which, make no mistake, is the lowest aperture ever in a phone — and can automatically record slow-motion video when they detect fast movement.

The Samsung Galaxy S9 and Galaxy S9+ will go official at MWC [Mobile World Congress] 2018 in Barcelona on February 25, with sales likely to start mid-March or March 16.