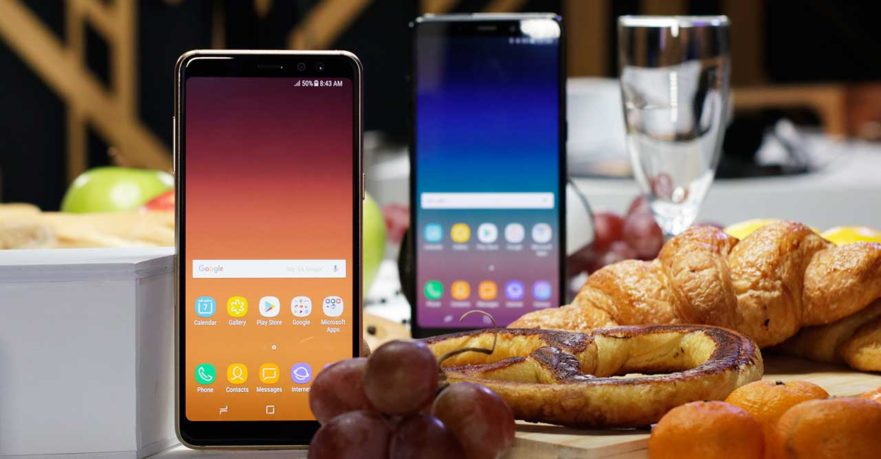 Samsung Electronics Philippines officially introduced the Galaxy A8 (2018) and the Galaxy A8+ (2018) days after it quietly started selling the two phones through Lazada and Abenson’s respective websites.

Can the Samsung Galaxy A8 and A8+ — now the torchbearers for the Korean tech giant’s fancier mid-market lineup — impress in a similar manner as the 2017 editions of the Galaxy A7 and A5? Or in ways that will translate to massive purchases?

More importantly, can the Samsung Galaxy A8 and Galaxy A8+, which are slanted toward the selfie generation, get people in stores and prod them to payment counters despite their intimidating price tags? 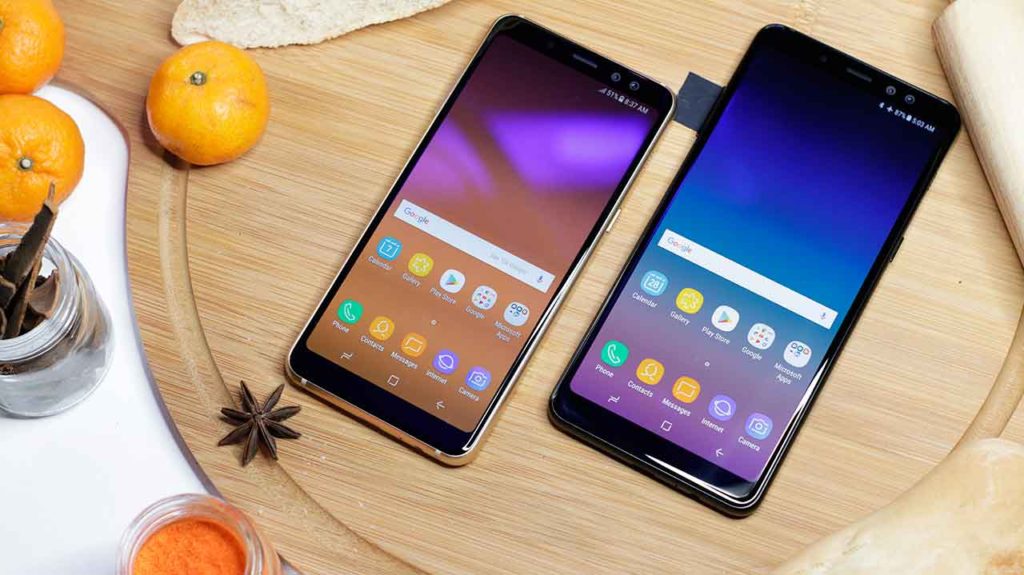 The Galaxy A8+ (2018), of course, is a more difficult proposition, going on sale for the same price as the Huawei Mate 10, which we unanimously agreed to recognize as the best flagship smartphone of 2017.

The Galaxy A8 (2018), on the other hand, is a more agreeable offering and includes all the features of its larger sibling, though you get less RAM and internal storage. And it comes in a size that fits neatly in your hand.
If you’re looking to find a case for your phone or as a gift that you’ll be able to customise, you could look at companies that offer custom phone cases.

Both handsets share the same gorgeous and well-put-together casing that sees a chunky metal frame sandwiched between two sheets of curved glass. Stepping back to appreciate the overall shape of these devices, the Samsung Galaxy A8 (2018) and Galaxy A8+ (2018) look more subdued compared to last year’s Galaxy S8 and S8+.

The Samsung Galaxy A8 (2018) and Galaxy A8+ (2018) share the same gorgeous and well-put-together casing that sees a chunky metal frame sandwiched between two sheets of curved glass. They resemble the Galaxy Note 8 quite a bit.

They resemble the Galaxy Note 8 quite a bit in that regard — more boxy than curvy, though they don’t retain the no-bezel look of Samsung’s flagship series. The bezels around their OLED displays aren’t as inconspicuous, but don’t look distractingly huge. Another thing that stands out is, unlike other glass-bodied handsets, the Galaxy A8 and A8+ are not slippery.

Additionally, these handsets — as with Samsung’s Galaxy S8 and Note 8 lines — are water-resistant to IP68 standards, and so are technically more protected against water damage. They can withstand 1.5 meters of fresh water submersion for up to 30 minutes at a time. As always, we don’t suggest submerging one of these unless by accident. 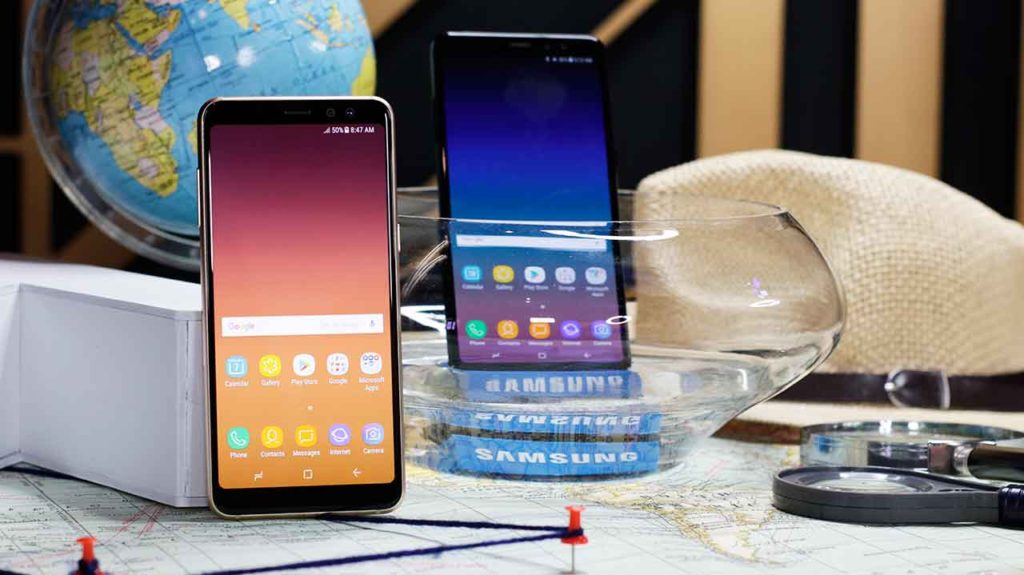 There are no hardware navigation buttons on their chins. Those were replaced by on-screen keys that take up space at the bottom of each panel. Thankfully, Samsung offers the option to hide them and force apps to run in full screen — useful when you’re watching a video or playing a game that relies on touch input. 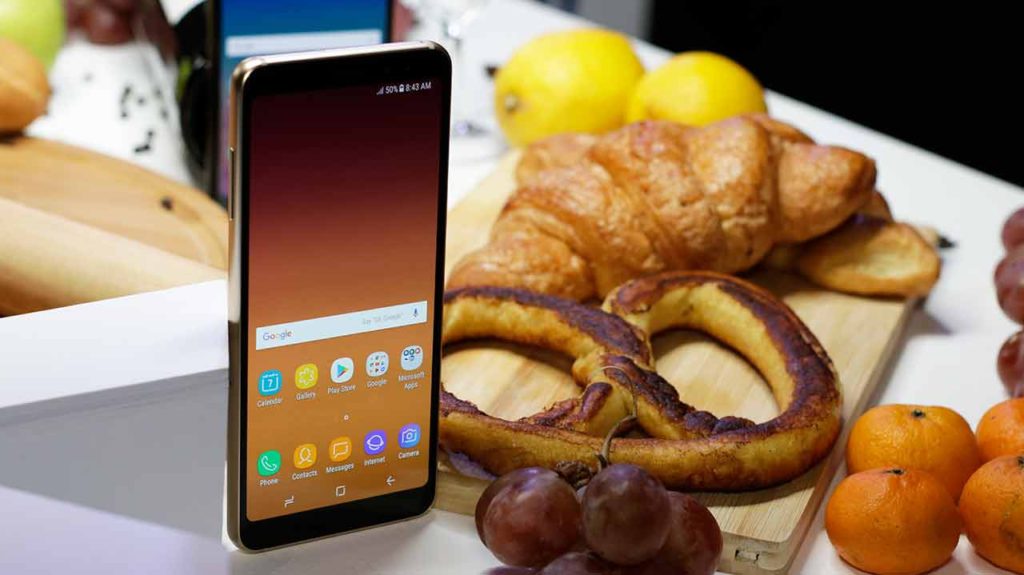 Meanwhile, Galaxy A8+ (2018) steps up to 6 inches and runs the same resolution on the same picture format. But the upgrade means one-handed operation is less comfortable. Not too large or small, the size of the A8 is just right for a pocketable device.

Perched above their displays are two cameras — a first for the company. We’ll discuss them in detail shortly. Picture quality is top-notch, owing to Samsung’s endeavors in the TV marketplace.

The stuff on the screens look very good, and their colors are lively and bright enough to let you work by a window all day. Similarly, the viewing angles are great. You’d have to look from a steep angle to see some color distortion.

You can tweak the color temperature — cool or warm — to your liking, too. Additionally, the A8 and the A8+ support the popular always-on feature, which allows certain information to appear on the screen without turning it on or unlocking the device. It’s useful and intuitively activated by tapping an icon in the notification shade, though be prepared to sacrifice some battery life.

Moving to that metal frame, the right cheek houses a single speaker module that can get pretty loud without distorting the sound coming out of it as well. Flip either phone upside down, and you’ll see a headphone jack and a USB Type-C port that allows fast charging with the bundled wall charger.

Both the Samsung Galaxy A8 (2018) and Galaxy A8+ (2018) have two expansion trays that can fit two nano-SIMs and a microSD card for additional storage. And while these handsets are compatible with the company’s Bixby digital assistant, they are a little out of the ordinary in that neither features a dedicated Bixby key. 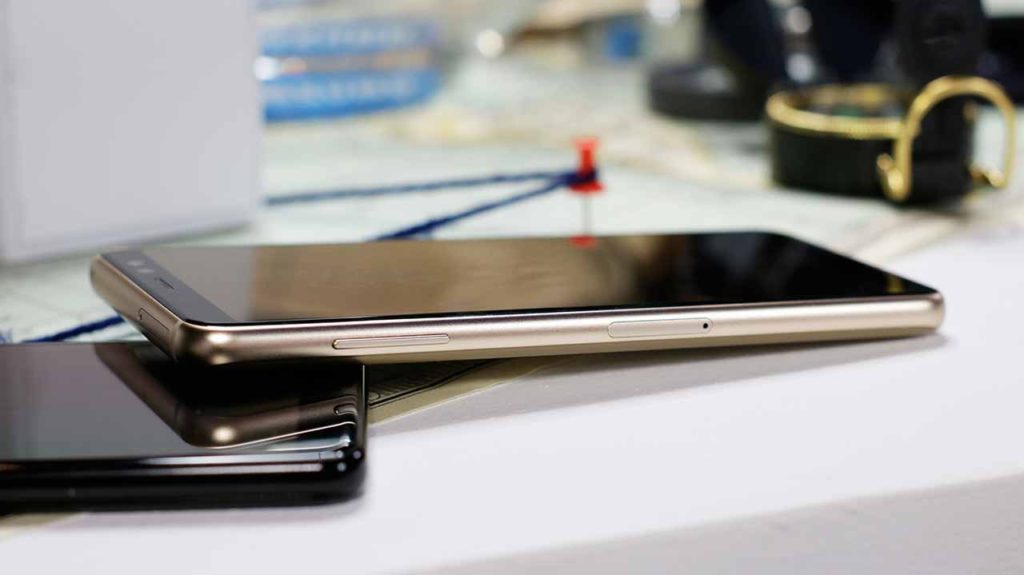 The Samsung Galaxy A8 (2018) and Galaxy A8+ (2018) have two expansion trays that can fit two nano-SIMs and a microSD card for additional storage.

Not that we’re opposed to it or anything. We’re actually glad Samsung decided against adding another button to the sides of the A8 and the A8+.

Another interesting design choice is the placement of the back-facing fingerprint reader. It’s an ideal spot on which to place your finger and unlock the device — something we can’t say about the Samsung Galaxy S8 and Note 8 phones that positioned their sensors right next to the main camera, making it feel like more of a chore to reach up and use them.

With the Galaxy A8 (2018) and A8+ (2018), Samsung got the placement right, and it wouldn’t surprise us one bit to see a similar setup at the back of future Sammy models. 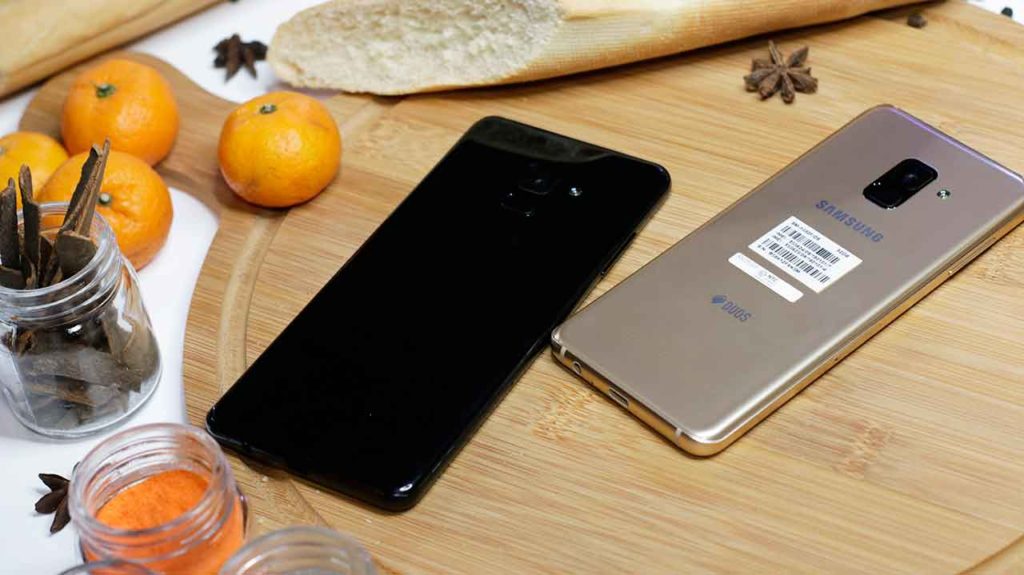 With the Galaxy A8 (2018) and A8+ (2018), Samsung got the placement of the fingerprint sensor right. It’s in an ideal spot on which to place your finger and unlock the device.

As for the main camera on the rear, there’s only one, but it works well, even in low light, thanks to a wide aperture of f/1.7. That’s wider than that of most other phones. It doesn’t diminish the aesthetics of the A8 and the A8+ because it rests flush on their back panels.

There are two front-facing cameras consisting of a primary 16-megapixel sensor and a secondary 8-megapixel sensor, both behind an f/1.9 aperture lens. The setup allows for portrait images with a shallow depth of field around the subject using Samsung’s Live Focus mode. The intensity of the effect, as well as the focus, can be adjusted after the fact.

As our sample photos here show, details are crisp, colors look close to natural, and low-light shots turned out better than expected, not fuzzy or washed out. Selfies, in particular, look impressive and yields accurate skin tones. As camera phones, the Samsung Galaxy A8 (2018) and Galaxy A8+ (2018) don’t disappoint; they are capable of results most midrange handsets will be envious of. 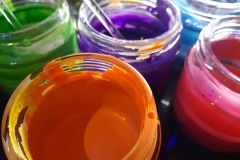 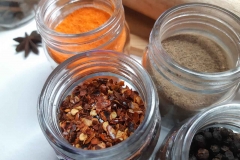 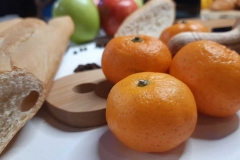 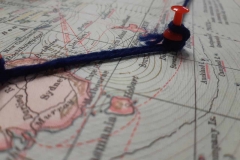 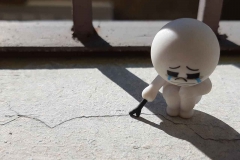 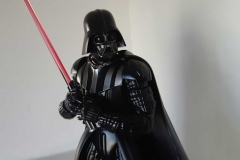 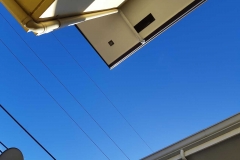 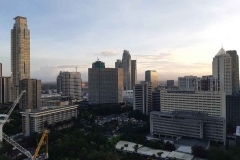 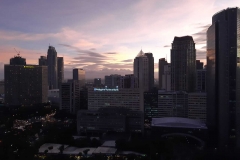 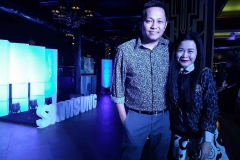 Resized sample photos taken with the Samsung Galaxy A8 (2018) 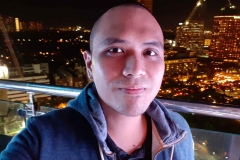 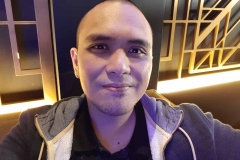 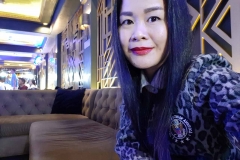 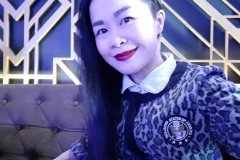 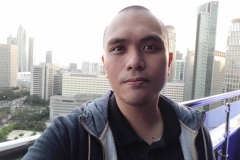 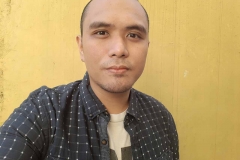 Selfies captured on the Samsung Galaxy A8 (2018), in particular, look impressive and yields accurate skin tones. Here are some resized sample selfies

Both share Samsung’s new Exynos 7885 processor under the hood. The chip is paired with 4GB of RAM inside the A8, while the A8+ gets 6GB RAM to make things run even smoother and let you cycle between apps quicker. But our experience is that 4GB of RAM is enough for a flagship-like experience, with stuttering and frame rate drops not being an issue on the A8.

We can point to several factors that may be influencing performance, but it’s likely that the two high-end, Cortex-A73 CPU cores are mainly responsible for the A8 series feeling brisk and responsive in day-to-day use. And yes, these devices can play punishing 3D titles like NBA 2K18 at the highest settings even with “Cloth Simulation” turned on.

The A8 has a 3,000mAh cell, whereas the Plus model boasts a higher 3,500mAh battery capacity. According to the company website, the former delivers a video playback time of up to 17 hours and up to 19 hours on the A8+.

In practice, the Galaxy A8 (2018) was able to keep up with us through an entire day with some power to spare. Even with heavier usage that involved streaming content, advancing our MyCareer career in NBA 2K18, and browsing the web using cellular data, it lasted us a full day, though we had to switch off the always-on display to cut back on battery drain. 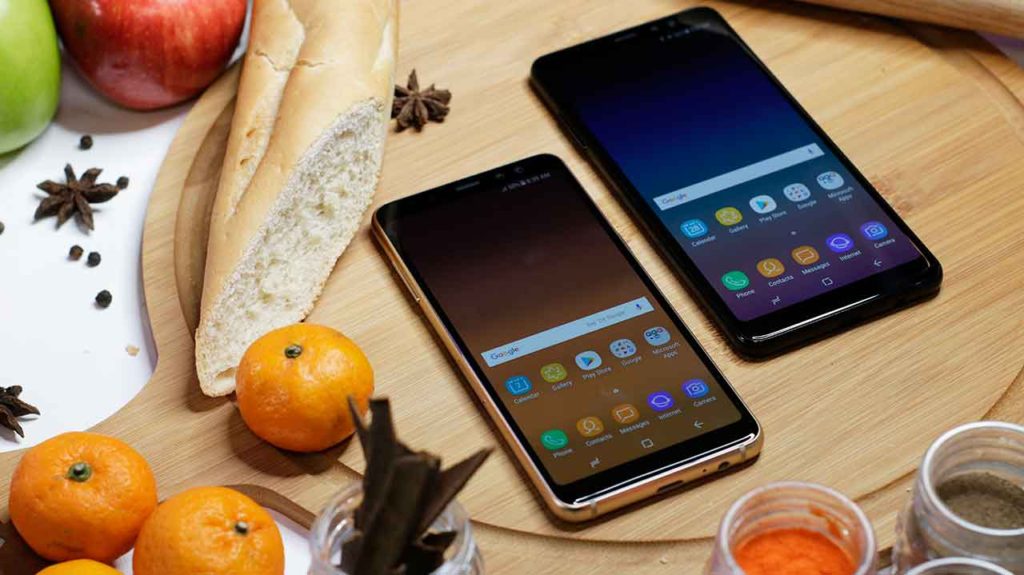 Offering flagship features, such as a dual-camera module on the front and a glass-and-metal design that is water-resistant to a certain degree and almost up there in quality with leading smartphone makers, the Galaxy A8 (2018) and A8+ (2018) are among the most desirable, non-flagship Samsung phones around. The new Exynos 7885 system-on-a-chip is also a revelation, superbly fast and efficient at the same time.

Sure, they’re on the expensive end of the spectrum. But they won’t leave you feeling like someone is having a laugh at your expense either. However, if you’re pinching your purse strings, it’s probably best to look elsewhere. Or wait and see what else 2018 has in store for the Philippine market.