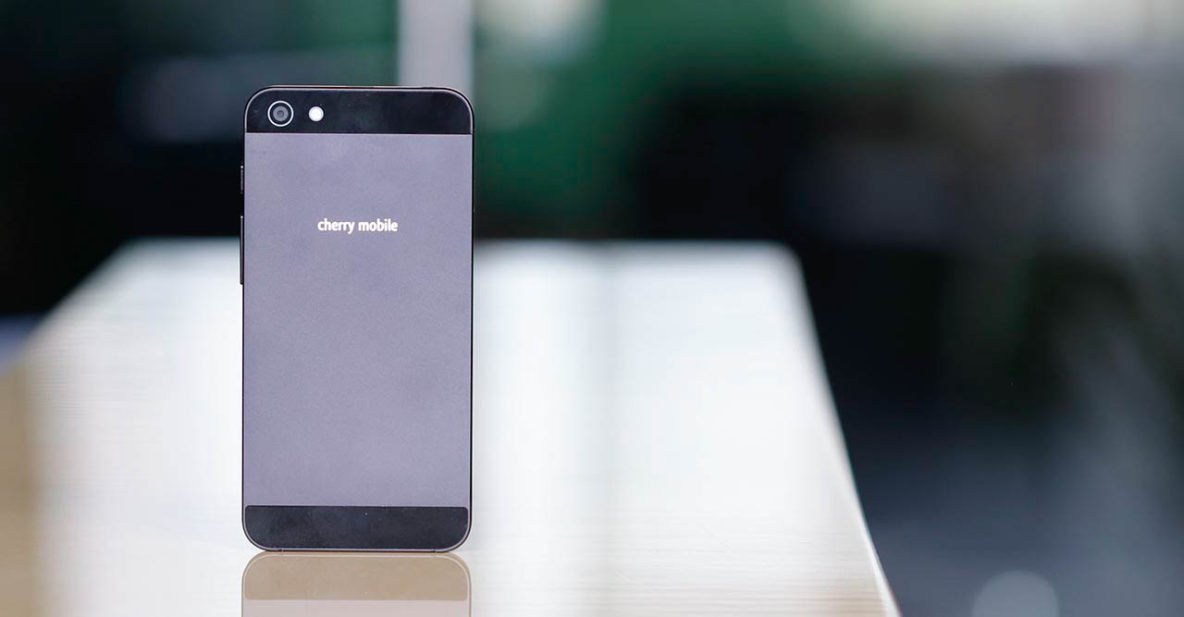 Research firm International Data Corporation has declared Cherry Mobile as the top smartphone vendor by shipment volume in the Philippines in 2017.

Based on IDC’s latest numbers, the local brand outperformed Korean electronics giant Samsung, ending the previous year with an overall market share of 23 percent. Samsung’s business in the country remains strong, however, with a 17 percent share, good enough for second place in the rankings.

The rest of the top five were OPPO, Vivo, and ASUS, in that order. OPPO accounted for 12 percent share of the market in 2017. Vivo captured 8 percent in the same period, while ASUS got 5 percent. 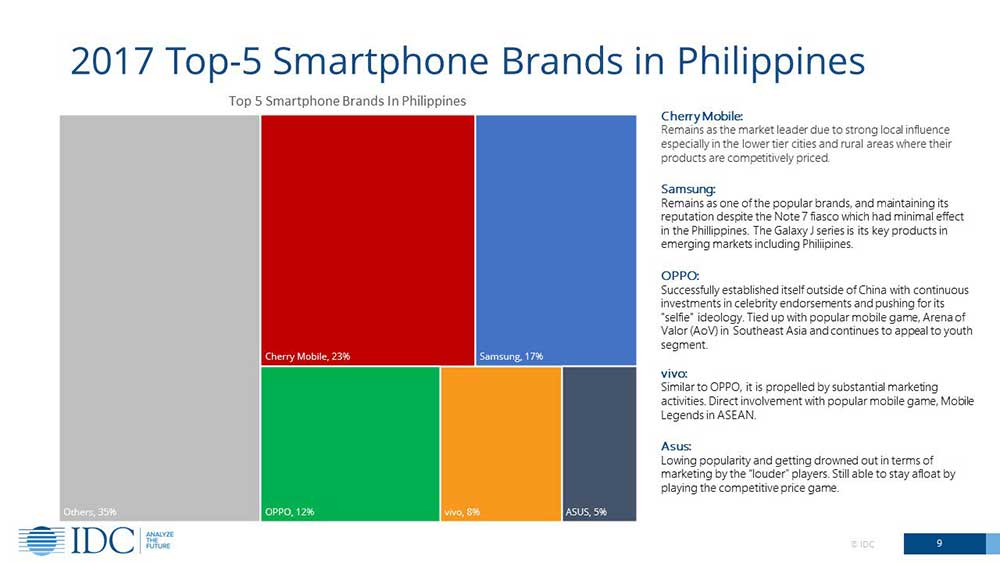 Top 5 smartphone brands in the Philippines in 2017, according to market-research firm IDC

IDC didn’t publish local numbers for the entirety of 2015 and 2016, although we reported the Philippines’ top five smartphone vendors in the first half of 2015 based on partial data provided to us at Revü by the firm. The last time it published a report to cover an entire year’s shipment volume was in 2014.

The landscape looked a lot different back then, before the success of China-based companies like OPPO and Vivo. That year, the top vendors were Cherry Mobile, Samsung, MyPhone, Lenovo, and Torque.

The landscape looked a lot different in 2014, before the success of China-based companies like OPPO and Vivo. That year, the top vendors were Cherry Mobile, Samsung, MyPhone, Lenovo, and Torque.

IDC says that Cherry Mobile owed its market-leading position in 2017 to its “strong local influence” and “competitively priced” products. A great majority of the company’s Android offerings — more than 95 percent — fall under the $100 (about P5,206) mark. That said, don’t expect Cherry Mobile to make major changes to its smartphone strategy amid falling prices for devices from competing Chinese brands.

IDC says that Cherry Mobile owed its position in 2017 to its ‘strong local influence’ and ‘competitively priced’ products. A great majority of the company’s Android offerings — more than 95 percent — fall under the $100 (about P5,206) mark.

Samsung obviously weathered the Galaxy Note 7 crisis to land in second place, with IDC noting that the fallout from the accidents didn’t do much to affect the company’s appeal to consumers. OPPO’s push for selfie cameras on its mobile devices is said to have paid off in actual sales. It also helped that the Chinese OEM secured a tie-up with a popular mobile game, according to IDC.

SEE ALSO: And the top 5 smartphone companies in Southeast Asia in 2017 are…

In related news, IDC observes that big-screen phones with at least 5.5 inches of screen real estate showed significant growth last year, accounting for a quarter of smartphones shipped in the Philippines. They are said to be valued because of their implied versatility and suitability for viewing content.

Here are the other takeaways from IDC’s briefing earlier.