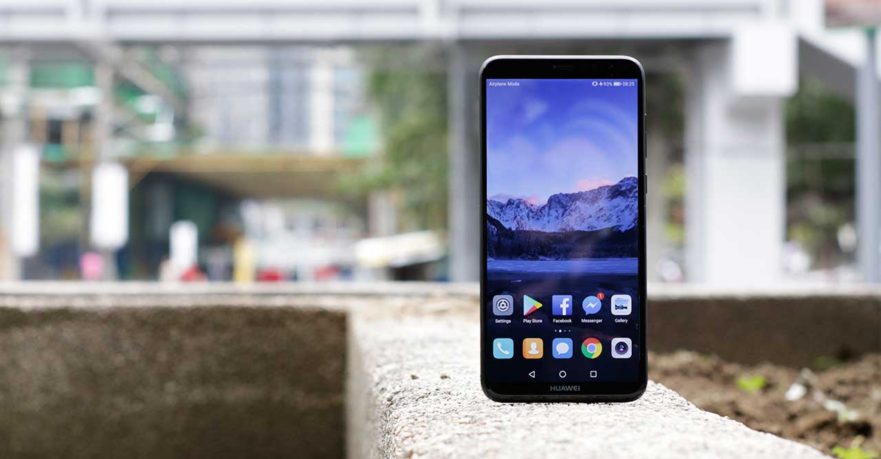 Local retailer MemoXpress has listed the Huawei Nova 2i on Shopee Philippines at a discounted price of P9,999 ($188) for a limited time during a special sale period. Yes, for under P10,000, you can buy a four-camera phone (two on the front and two on the back) that remains an attractive prospect in the current market to this day. The P15,990 ($301) Huawei Nova 3i is its successor. 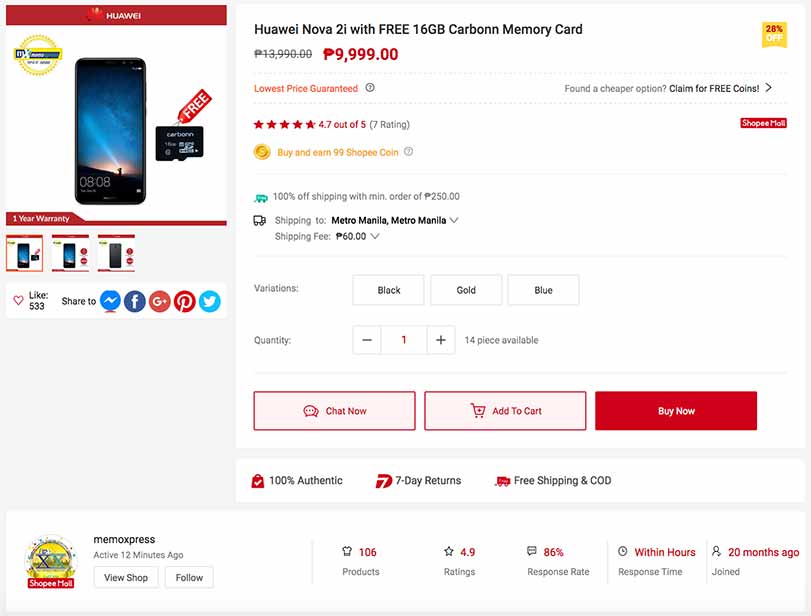 MemoXpress sale price for the Huawei Nova 2i on Shopee Philippines

Besides having a pair of cameras on both the front and rear for portrait photography, the Huawei Nova 2i is equipped with an octa-core Kirin 659 processor, coupled with 4GB RAM. The 64GB of internal memory is expandable via an microSD card that slots into the side of the device.

The screen, one of the earliest to arrive in the Philippines with an 18:9 aspect ratio, measures 6 inches diagonally and has a 2,160 x 1,080 resolution. The 3,340mAh battery is sealed in its metal casing.

Huawei has been recently named the second-biggest smartphone vendor, according to market-research firm IDC, dropping Apple to third place in the process and behind only Samsung at the top. IDC says the Chinese company sold about 54 million handsets last quarter and experienced a growth of 40 percent from the previous year.