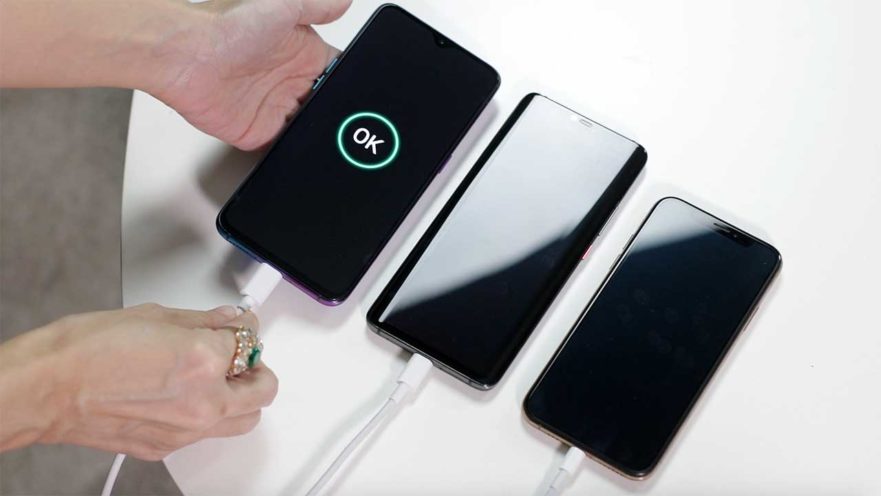 The OPPO R17 Pro, which launched in the Philippines a few months ago, is the fastest-charging phone on the market today. Don’t believe us? Check out the embedded video in this article.

Key to the R17 Pro’s insane charging speed is OPPO’s Super VOOC standard, and it delivers up to 50 watts of power to the device’s two batteries. Yes, the device has two batteries, which OPPO says is a requisite for Super VOOC charging. And yes, it’s safe for everyday use, as confirmed by TÜV Rheinland, a leading German company that tests the safety of electronic products.

Besides boasting the fastest wired charging available, the OPPO R17 Pro serves as the smartphone manufacturer’s first entry in the multiple-camera market, with a triple-sensor camera module that impresses in low light. It also packs a fast and efficient Qualcomm Snapdragon 710 under the hood. The processor is paired with 8GB RAM for smooth multitasking and 128GB of native storage to store your files and media.

The R17 Pro also debuts OPPO’s in-screen fingerprint scanner, embedded into the 6.4-inch OLED screen, which has minimal bezels around the sides and is secured with Corning Gorilla Glass 6 for added damage resistance. For selfies, the phone is equipped with a 25-megapixel, f/2.0 camera.

In the Philippines, the handset arrived with a sticker price of P38,990 (roughly $747 converted) at launch. Recently, however, OPPO announced that the price will drop to P32,990 for this Valentine’s season.