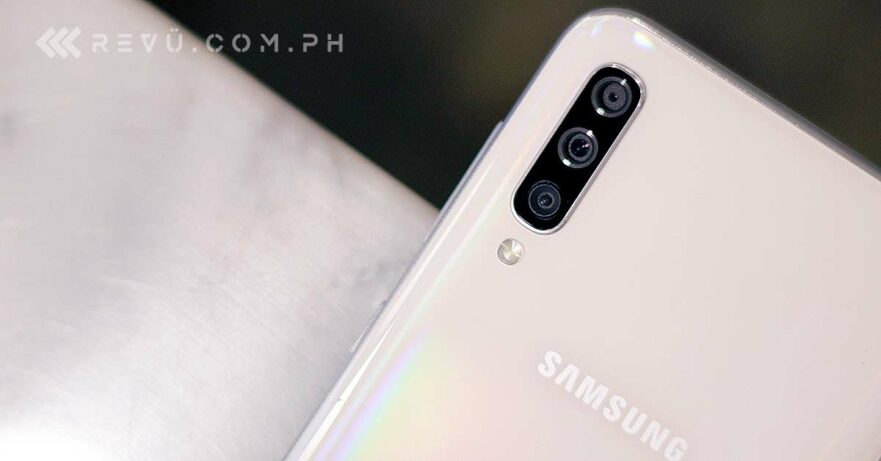 And they’re official. Samsung’s latest A series phones, whose respective local prices have been the subject of unconfirmed reports, have finally been launched in the Philippines.

The two smartphones boast a big, 6.4-inch OLED screen punctuated by a dewdrop notch at the top. The battery is also large, with a capacity of 4,000mAh and has support for wired fast charging over a USB Type-C port.

The Galaxy A30 gets a conventional fingerprint sensor on the back; 16-megapixel main and 5-megapixel ultra-wide rear cameras; a 16-megapixel front shooter; and the same Exynos 7904 processor found in the Samsung Galaxy M20.

The Galaxy A50, on the other hand, features an under-display fingerprint reader; 25-megapixel primary, 8-megapixel ultra-wide; and 5-megapixel depth rear cameras; a 25-megapixel sensor for selfies; and an Exynos 9610 chip.

Both phones will be available in the Philippines starting March 30. But you may already preorder the Samsung Galaxy A50 from authorized Samsung stores nationwide and online partners Lazada, Shopee, Abenson, Argomall, and MemoXpress at any time between March 16 to March 29.

Those who will buy the Samsung Galaxy A30 either on March 30 or March 31 will also get a free JBL Go 2 speaker.