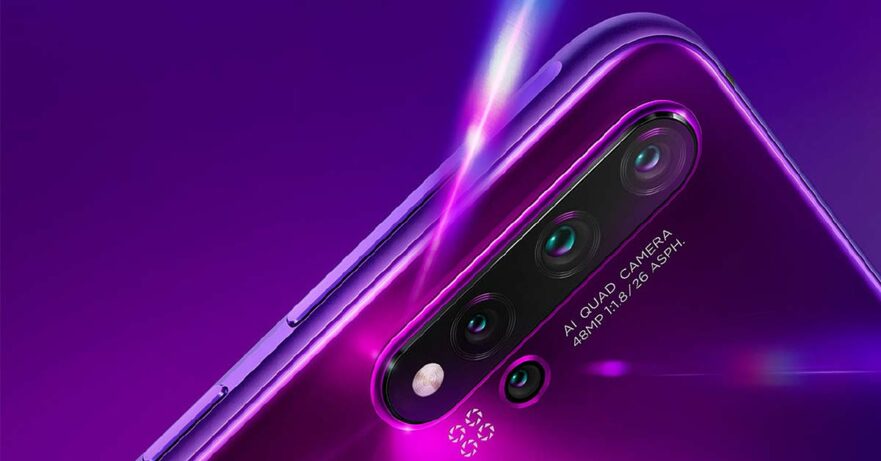 The Huawei Nova 5 series is now official, following weeks of rumors and teasing on social media. The latest additions to the company’s upper-midrange portfolio made their debut at an event in China.

There are three new phones in the series — the Huawei Nova 5 Pro, Nova 5, and Nova 5i — and they’re all interesting for their own reasons. They’re also expected to launch in other markets after China soon. But will they reach the Philippines as well? Hopefully, especially given the commercial success of the Nova line here.

As for availability, the Huawei Nova 5 Pro and Nova 5i are now available for preorder in China, with the actual sale beginning June 28. The Huawei Nova 5 won’t hit shelves until July 20th.

The most expensive of the bunch, the Nova 5 Pro features Huawei’s flagship Kirin 980 chipset coupled with 8GB RAM and up to 256GB of storage. It also gets a 6.39-inch OLED display sporting an in-screen fingerprint sensor, as well as quad cameras around back, with a 48-megapixel main sensor and dedicated lenses for bokeh, macro, and panorama shots.

Additionally, the Nova 5 Pro has a 32-megapixel selfie camera housed in the waterdrop notch and offers 40-watt wired fast charging. This allows the battery to reach 85% charge in 30 minutes, according to Huawei’s own figures. The Nova 5 Pro packs a 3,500mAh cell.

The Nova 5 is the middle child in Huawei’s Nova 5 lineup. It still looks good on paper, though, especially with the all-new Kirin 810 mobile processor powering it. The Kirin 810 will succeed the Kirin 710, which has been fabricated using an older 12nm process.

The Kirin 810 uses the same 7nm process as the Kirin 980 and Qualcomm Snapdragon 855. It comprises two high-performance Cortex A76 cores and six slower Cortex-A55 cores for lighter tasks. It also comes with Mali-G52 graphics and — in a first for a Huawei handset in the midrange — a dedicated NPU chip for AI tasks.

On the outside, the Huawei Nova 5 looks similar to the Nova 5 Pro. It also has four cameras on the back and a notched screen with a small chin.

Finally, there’s the Huawei Nova 5i, which adopts a hole-punch display similar to the Nova 4. Like the rest of the phones in the lineup, it is equipped with a four-lens module, albeit with different sensors. On top of that, you’ll find a 24-megapixel camera occupying the cutout up front.

The LCD display is 6.4 inches. Under the hood, there’s a Huawei’s Kirin 710 processor, but the upside is that the Nova 5i should last longer than its stablemates, thanks to a larger, 4,000mAh battery backup.

Nova 5 Pro vs Nova 5 vs Nova 5i: A specs comparison