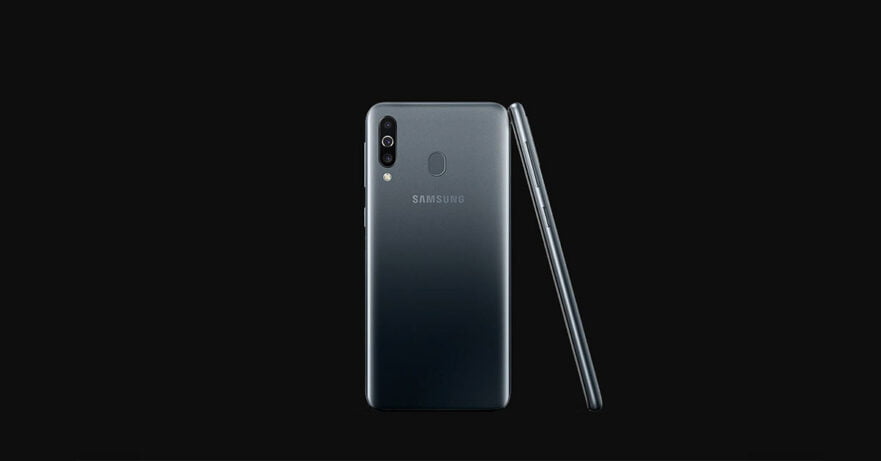 Months after its global launch in February, the Samsung Galaxy M30 will go on sale in the Philippines August 29, we at Revü found out.

The smartphone will be exclusively available for purchase on ecommerce site Lazada. It has a price tag of P12,490, or around $239, and comes in black and blue color variants.

If you’re not familiar, the Samsung Galaxy M30 is essentially a Galaxy M20 with a bigger Super AMOLED screen instead of an LCD. Looks-wise, it shares the same design language as other M series handsets, but with a smaller notch cutout and a different camera setup.

The Galaxy M30 also gets a triple-lens camera system on the back, adding a 5-megapixel depth sensor for portrait-style photos. Alongside it, there’s a 13-megapixel, f/1.9 main camera and a 5-megapixel ultra-wide-angle camera, which should come handy when shooting landscapes and group shots.

Samsung has also upgraded the smartphone to include a 16-megapixel selfie shooter with f/2.0 lens. Of course, the camera can still take HDR pictures and record 1080p video at 30 frames per second.

The processor is an Exynos 7904, the same spec the Galaxy M20 offers, and the battery capacity remains unchanged — and impressive — at 5,000mAh. For shorter charging times, the Samsung Galaxy M30 supports fast wired charging at 15 watts.

While it may not be a huge leap in hardware over the M20, the M30 seems to be an intriguing prospect if you’re in the market for a handset with an extra-large battery and an AMOLED display from Samsung.

The buzz surrounding the Galaxy M30 might be short-lived, as Samsung will reportedly announce the Galaxy M30s next month. The latter is expected to be a major overhaul of the current model

The buzz surrounding it, however, might be short-lived, as the company will reportedly announce the successor to the Galaxy M30 — aptly called the Galaxy M30s — next month. The Samsung Galaxy M30s is expected to be a major overhaul of the current model.