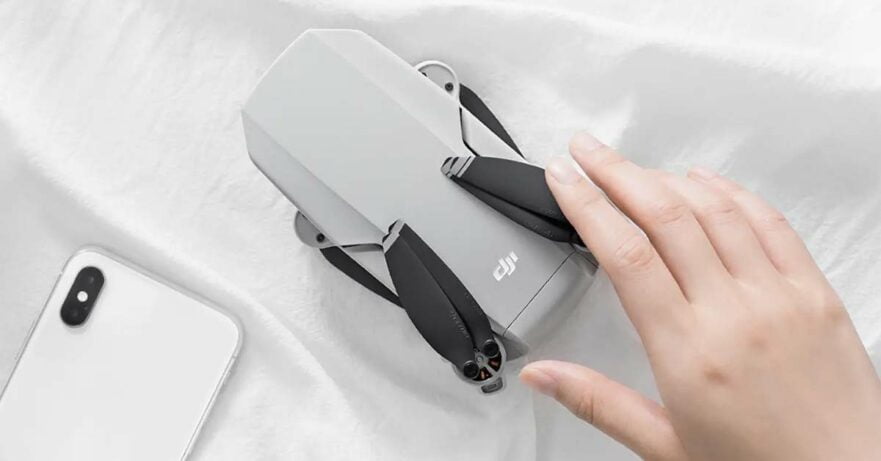 DJI goes more compact and portable with the launch of the Mavic Mini. It’s almost like the 2017 DJI Spark, but with the Mavic line’s foldable legs, it’s easier just to slip this drone into your bag.

We are on the lookout for the official price of the DJI Mavic Mini in the Philippines, and we stumbled on the DJI Authorized Store PH page, which lists the suggested retail prices at P20,699 (around $408) for the standard model and P26,500 ($522) for the Fly More package. Preorders are accepted at DJI TriNoma, SM North EDSA, and Abreeza Davao.

We checked Henry’s Cameras’ Facebook page as well, and, for now, they’re just teasing that the Mavic Mini is coming soon. However, a look at its website reveals that the retailer is already accepting preorders for the regular variant of the drone, which costs… you guess it, P20,699 ($408). Estimated time of arrival is second week of November.

At 249g, the DJI Mavic Mini is almost as light as your smartphone, which means it belongs to the lowest and safest weight class for drones. In the United States, buyers wouldn’t need to register it with the Federal Aviation Administration because it’s so small and light. However, we must remind you to check applicable local rules and regulations when it comes to drone ownership and flight.

Despite its size, the Mavic Mini has an impressive 30-minute maximum flight time. DJI measured this at a constant speed of 14kph in windless conditions. The 1/2.3-inch sensor on this drone takes 12-megapixel shots and 2.7K Quad HD videos at 30 frames per second or 1080p footage at up to 60 frames per second. There is no 4K support here, but it still has a leg up over the Mavic Spark, which tops out at FHD video.

You need to know that there are fewer sensors on the DJI Mavic Mini, which means if you aren’t careful, you can crash it. Its ground-facing sensors will help you with low hovering and soft landings, but it has no obstacle avoidance features available on larger DJI drones. This one isn’t designed to take professional aerial images and videos anyway.

The Mavic Mini does have a 3-axis motorized gimbal to make sure the footage you get is stable, clear, and smooth. With its dedicated remote controller, you can maintain HD video transmission for a distance of 4km.

This ultra-light drone works with a new DJI Fly app, which promises a simple and intuitive user experience. It comes with features like Flight Tutorial for new drone operators as well as Creator Templates for those who don’t know how to edit videos but want to create shareable content. The app also gives you access to the company’s signature QuickShot modes like Dronie, Circle, Helix, and Rocket, and then lets you quickly share your content on social media.

The DJI Mavic Mini has a bunch of accessories that work with it. This includes a two-way charging hub/battery storage/power bank that can charge up to three batteries in sequence; DIY Creative Kit that has stickers and markers to let you customize your drone; charging base; propeller holder; Snap Adapter to let you connect accessories to the Mavic Mini; and a carrying case that can also store gadgets like the Osmo Action and the Osmo Pocket.

The Fly More combo being offered in the US includes the 360-degree propeller guard, three batteries, the battery charging hub, carrying case, and three sets of extra propellers. We aren’t sure yet if we will get the same accessories included in the combo pack or which accessories DJI will be bringing in here. But we’ll update once we hear more about it.