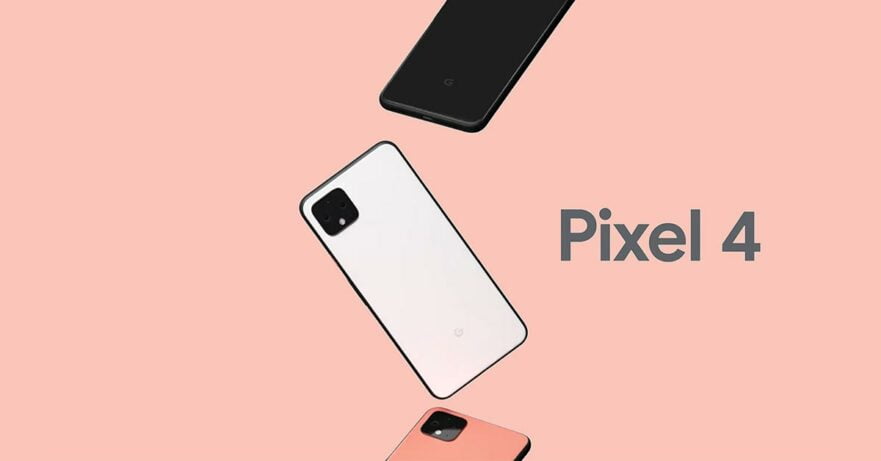 We don’t need an official metric for us to say the Google Pixel 4 feels like the most-leaked phone in recent history — some even came from Google themselves. And let’s say what’s been leaked is basically what we got.

Here’s a quick rundown of the prices:

The new Pixel flagship phone comes in two variants: the Pixel 4 and the Pixel 4 XL. The former has a 5.7-inch Full HD+ screen (which is slightly larger than the Pixel 3’s 5.5-inch screen), while the XL model has a 6.3-inch Quad HD+ display.

Both versions’ screen has a 90Hz variable refresh rate, which should make scrolling and using the device a snappy experience. To help mitigate any issues with the possibly fast-draining battery, Google introduces the Smooth Display feature, which “dynamically adjusts” the refresh rate between 60Hz and 90Hz.

Google didn’t talk about the battery capacity of the phones at the event. But the leaks indicated that the Pixel 4 is only getting a 2,800mAh battery and the Pixel 4 XL has a 3,700mAh one.

Google plays catch up in the chipset department with the Pixel 4 and Pixel 4 XL being powered by Qualcomm Snapdragon 855 processors. RAM is at 6GB, which is a 2GB boost from last year’s Pixel 3 devices. Of course, you get Android 10 out of the box with support for security and operating system updates for up to three years.

The Google Pixel 4 introduces the faster, next-generation Assistant, which the company has talked about in the past. This time, it’s more deeply integrated into the handset, and it can handle one task after another, even without using the “Hey, Google” trigger phrase.

The Pixel 4 and Pixel 4 XL come in three colors: Just Black, Clearly White, and Oh So Orange. The black and orange variants get a white power button, while the white gets an orange one. The rear cover glass and the outer band feature a textured matte finish, which is said to be fingerprint- and sweat-resistant. Google is doing away with the two-tone matte glass back look for this sleeker, monolithic design.

The top left corner on the back of the phone features that big camera square we’ve seen in leaks months and months ago. (Google themselves showed us the design.) And while it looks similar to the Apple iPhone 11 Pro‘s version, it is admittedly less trypophobia-inducing than the iPhone’s camera setup.

About the camera system

For the first time, the Pixel gets a second camera sensor, which is a 16-megapixel 14mm telephoto lens. The mainstay 12.2-megapixel dual-pixel sensor is still here but with an f/1.73 aperture that should let in a bit more light.

With Pixel phones, though, the camera software is as essential as the hardware. There’s the new astrophotography mode to help photograph the stars as well as improved portrait mode and Night Sight. And now, you can also manually manipulate the exposure of highlights and shadows while you shoot a photo.

#NightSight already helps you take beautiful photos in the dark. Now you can use it for shots of the night sky.????✨ Coming to Pixel 3a and Pixel 3 as well as #pixel4. #madebygoogle pic.twitter.com/o4bORnPc6j

One of the things we’ve learned early about the Pixel 4 is that it packs in a multitude of sensors at the top of the display. While Google’s finally gone notch-less with the Pixel 4 and Pixel 4 XL, some might groan about the larger-than-usual forehead to house these sensors.

Google is introducing a new facial-unlock technology, which the company claims won’t need an extra swipe or have the phone in any particular orientation. The company boasts that as “you reach for Pixel 4, Soli proactively turns on the face unlock sensors, recognizing that you may want to unlock your phone. If the face unlock sensors and algorithms recognize you, the phone will open as you pick it up, all in one motion.”

For security purposes, the technology giant assures that facial recognition is done on the device,and your image data “never leaves your phone.” And that Google will not save or share images for face unlock with its other services. This data will be securely stored in Pixel’s Titan M security chip, which is also just processed within your handset.

The motion-sensing radar chip Soli will also be used for gestures, a feature that hasn’t seen much success when it comes to user adoption in the past. What Soli can do for the Pixel 4 is to let you use gestures to do things like skipping songs, silencing phone calls, and turning off alarms. But whether it’s just a nice gimmick to have or a necessity is something only its users can determine.

Motion Sense helps you get things done on your #pixel4 without touching it. Swipe to skip a song, silence a call with a flick of your hand, and unlock your phone super fast with face unlock. #madebygoogle pic.twitter.com/HAIBtBUsxE

Motion Sense on the Google Pixel 4 and Pixel 4 XL