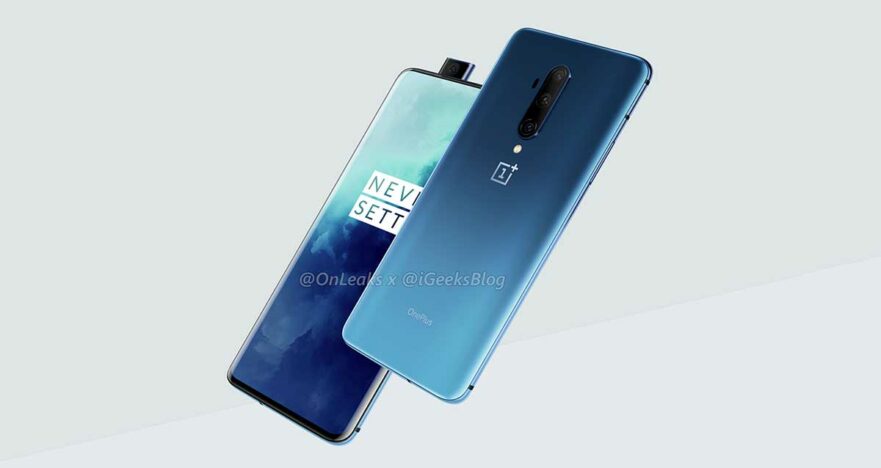 We are days away from the expected October 10 launch of the OnePlus 7T Pro in London and India, almost two weeks after the non-Pro model was announced. At this point, most of the specs of the upcoming OnePlus flagship have already been leaked. We’re here to round up the bits of information about the phone floating around the internet.

The design of the OnePlus 7T Pro will allegedly not deviate much from the OnePlus 7 Pro’s. You can expect a full 6.67-inch Quad HD+ Fluid AMOLED display with a 90Hz refresh rate, HDR10+ support, 3,100 x 1,440 resolution, 19.5:9 aspect ratio, and 3D Corning Gorilla Glass. There will also be an in-display fingerprint scanner.

The OnePlus 7T Pro will reportedly be powered by a Qualcomm Snapdragon 855 Plus chipset — which we’ve seen in the ASUS ROG Phone 2 and OnePlus 7 Pro — Android 10, 8GB of RAM, and 256GB internal storage.

The phone is rumored to be getting the same triple camera setup at the rear in a slim vertical housing. The lens combination will be 48-megapixel main CMOS + 16-megapixel ultra-wide-angle (120 degrees) + 8-megapixel telephoto. Its pop-up front-facing camera will have a 16-megapixel sensor.

The OnePlus 7T Pro is expected to have a 4,085mAh battery with Warp Charge 30 Fast Charging capability. There will also reportedly be a 5G version as well as a McLaren option, which is said to have 12GB of RAM.

We don’t know if OnePlus has decided to add an IP rating to this handset. Or what its price will be. For reference, the OnePlus 7 Pro’s pricing started at P38,990 (around $752) when it was launched in the Philippines. It’s more affordable now, probably because the OnePlus 7T Pro will be released alongside the non-Pro model.

Feature image via OnLeaks and iGeeksBlog