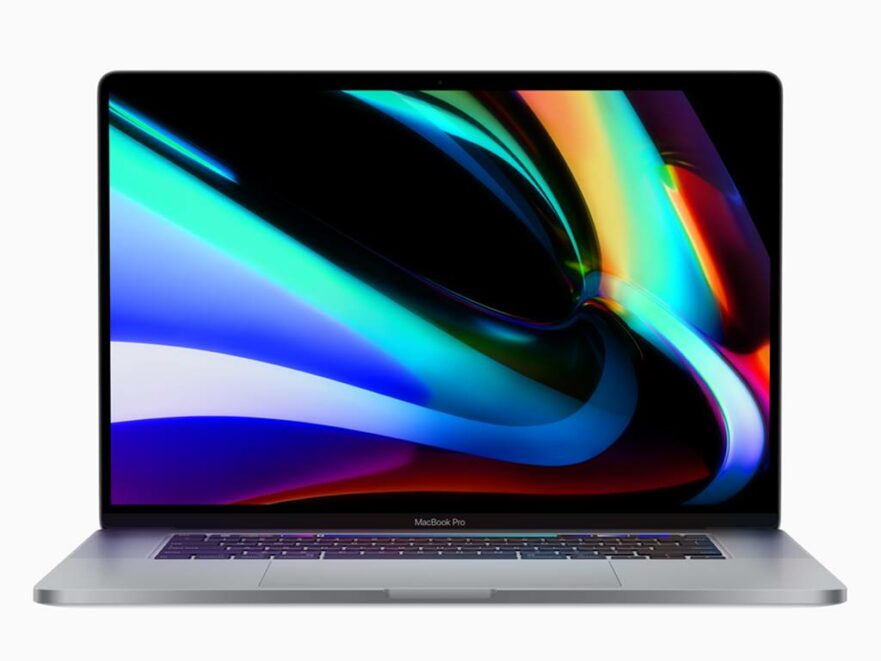 Apple finally faces head-on the criticism it has been receiving over the butterfly keyboard it introduced into the MacBook Pro line since 2015. The new 16-inch MacBook Pro series brings back the scissor key mechanism in place of the butterfly switches, the inverted-T arrow key arrangement, and a hardware Escape (Esc) key.

Apple claims the inspiration was from the Magic Keyboard on the iMacs. And while it looks similar to the butterfly-switch keyboards on the previous 15-inch MacBook Pro, the feel is different. Tech journalists and pundits who have gotten to spend some hands-on time with the new MacBook Pro say it “feels completely different.”

It has a full 1mm key travel now, instead of the 0.5mm on the butterfly keys. The compromise allows for better key travel while helping keep the device relatively thin and making it more comfortable to type on. The Touch Bar is still there, but now it is flanked by the Esc button and the fingerprint sensor. There’s also more space between keys (around 0.5mm), so if a key breaks, you can simply take one out instead of having to take apart the entire laptop.

While the keys seem to be the most significant change Apple is introducing into this refreshed line; there are a few new things as well.

The 16-inch high-resolution Retina Displays have a 3,072 x 1,920 resolution and support P3 wide color gamut and Apple’s True Tone color shifting. Brightness gets up to 500 nits, but it doesn’t have HDR.

Cooling has also been improved with the 16-inch models now equipped with larger fan blades and vents that allow for a 28 percent increase in airflow. Even the logic board and speakers have been optimized to make sure the heat escapes the chassis as efficiently as possible.

The new MacBook Pro gets up to an AMD Radeon Pro 5500M graphics card, which Apple promises smoother gameplay and quicker rendering of effects in design programs. The base RAM and storage are standard: 16GB of 2666MHz DDR4 RAM and 512GB or 1TB SSD (depending on the model). But it can go as high as 64GB of RAM and 8TB of storage on the SSD, with that SSD configuration the highest out there at the moment. What we aren’t sure of is whether that configuration will be locally available.

Apple offers the maximum 100Wh battery size for the new MacBook Pro. But when it comes to performance, don’t expect too big a leap. Apple rated the battery at 11 hours of “wireless web,” which is just an hour longer than the previous year’s model.

Apple also squeezed in a new 6-speaker sound system that uses two “force canceling woofers.” These speakers are designed to cancel out each other’s vibrations, which means less bass distortion and less keyboard rattling. The company claims its three-microphone array is up to par with USB-powered podcasting mics. But that’s only something you can confirm through tests.

What remains the same include the 720p camera as well as available ports. There’s still just four Thunderbolt 3 ports and a headphone jack.

It’ll be up to you if all these features are enough to warrant an upgrade.