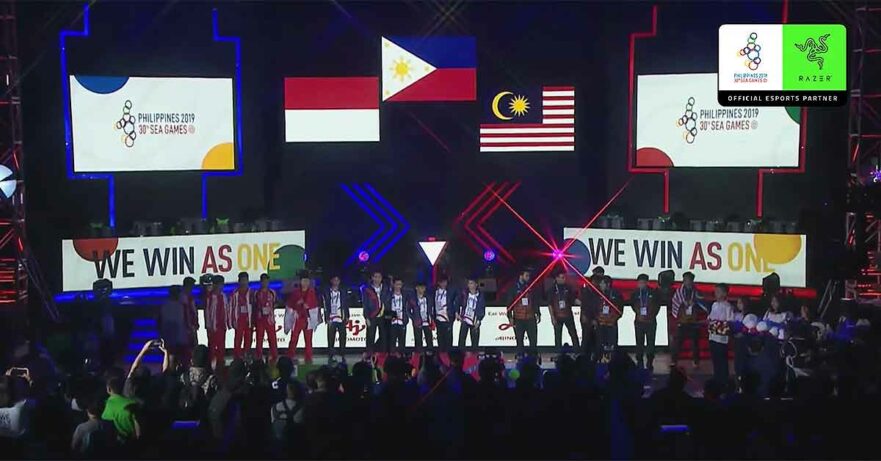 The match went the distance, with the Filipinos racking up 3 wins in the best-of-5 finals series. Sibol stole the first match after storming the top lane en route to their opponent’s home base and jumped out to a 1-0 lead, but the Indonesian team rallied to dominate the next two matches. With their backs against the wall, Sibol went full-in on comfort picks for their damage dealers and took the final two games.

Players from Indonesia’s top two teams make up the nationals. Indonesia won the first world championship in Mobile Legends, which was held in Malaysia in November.

Mobile Legends is among the historic first batch of esports included in an international sporting event. The 2019 SEA Games also features the following games as medaled disciplines: Arena of Valor, Dota 2, Starcraft II, Tekken 7, and Hearthstone. Sibol’s Dota 2 and Starcraft II teams have punched their tickets to the gold-medal rounds.

Razer, which is the official esports partner for the SEA Games, has been streaming all the esports matches via Facebook, YouTube, and Twitch. The gaming hardware firm said it observed close to two million views on the first day of the games. This includes around 70,000 concurrent views. Razer predicts an overall viewership of more than 100 million once the event closes.