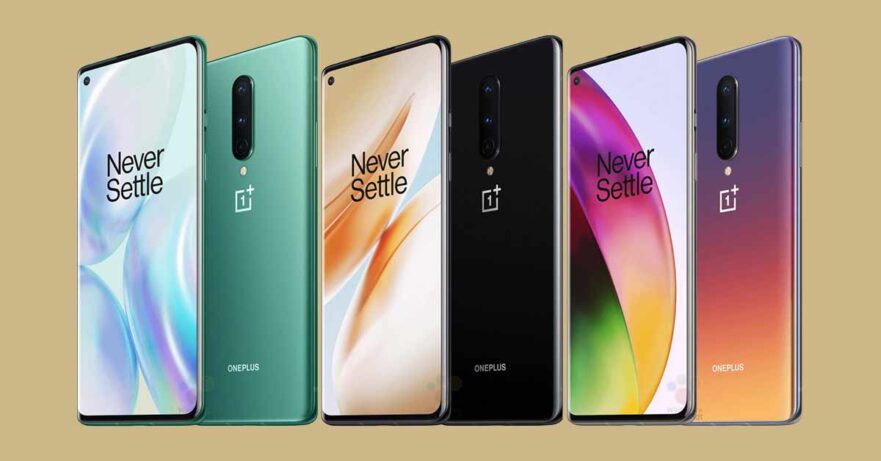 Both the OnePlus 8 and OnePlus 8 Pro will be unveiled at a virtual event on April 14. It’s still more than a week away, but that hasn’t stopped the leaks and rumors from popping up on the internet.

Most details have either been speculated or confirmed at this point, so what exactly will the new OnePlus 8 models include? Check out our breakdown of the two upcoming phones below.

OnePlus has confirmed the launch date of the OnePlus 8 and OnePlus 8 Pro. As expected, there will be a livestream for the online event, so anyone can watch it from the comfort of their own home. It will start at 11 a.m. EST (11 p.m. Philippine time). It’s likely that OnePlus will start selling the phones shortly after the announcement.

OnePlus founder and CEO Pete Lau told Business Insider that the units will not be priced more than $1,000 (around P50,791) in the United States.

Given how much their predecessors cost, we don’t expect the OnePlus 8 to retail at less than $599 (around P30,759), while the Pro variant should sell at least $699 (P35,503). They might be priced slightly higher than older models, considering rumors that the company would introduce a Lite version of the OnePlus 8.

A German operator already has the OnePlus 8 available for blind preorder until April 7. The one-time payment option will run you €450 (P24,997 or $492), with shipping from April 15. Early adopters will receive a exclusive OnePlus accessories, in addition to other smart gadgets.

Renders of the upcoming smartphones suggest that OnePlus will adopt a punch-hole design for the single selfie shooter, as opposed to a waterdrop notch and pop-up mechanism that was used for the OnePlus 7T Pro. This will allow for an uninterrupted view of the front, which will most likely incorporate an AMOLED screen with an embedded fingerprint reader.

Aside from the flash #OnePlus decided to put next to the main camera housing on the final version, no comment… ???? pic.twitter.com/0vFg56oPXz

You know what I mean…???? pic.twitter.com/UbqNuQtLMe

Meanwhile, the back of the handsets might feature a vertical camera module with three or four lenses, depending on the model. An earlier leak suggested glass backs and metal frames to hold everything together.

Further, the OnePlus 8 Pro may feature wireless charging and an IP68 rating for waterproofing; the regular OnePlus 8 will reportedly lack both. We’ve seen leaked renders showing off multiple colors, including black, blue, green, and a purple-ish red Interstellar Glow variant.

Recent leaks have speculated that the OnePlus 8 Pro could sport quad cameras consisting of a pair of 48-megapixel sensors for the main and ultra-wide-angle cameras, an 8-megapixel telephoto option, and a 5-megapixel depth sensor. The primary sensor is said to be a Sony IMX686.

The OnePlus 8 might be equipped with the same 48-megapixel Sony sensor, alongside a 16-megapixel ultra-wide camera and a 2-megapixel sensor for portrait shots. Both phones are rumored to pack a 16-megapixel selfie camera in the punch hole.

OnePlus has confirmed that the OnePlus 8 series will be powered by a Qualcomm Snapdragon 865 chipset with 5G connectivity for U.S. networks. Additionally, the company said the smartphones will use fast LPDDR5 RAM and UFS 3.0 storage.

The OnePlus 7T phones arrived with OxygenOS based on Android 10, so it’s only natural that the OnePlus 8 and OnePlus 8 Pro would get the same software, too. We also expect the phones to be updated to Android 11 later this year.

The standard edition will reportedly launch with a 4,300mAh battery, while the Pro model may get a 4,510mAh cell. Previous leaks have pointed towards the series supporting 30-watt fast charging over USB-C.