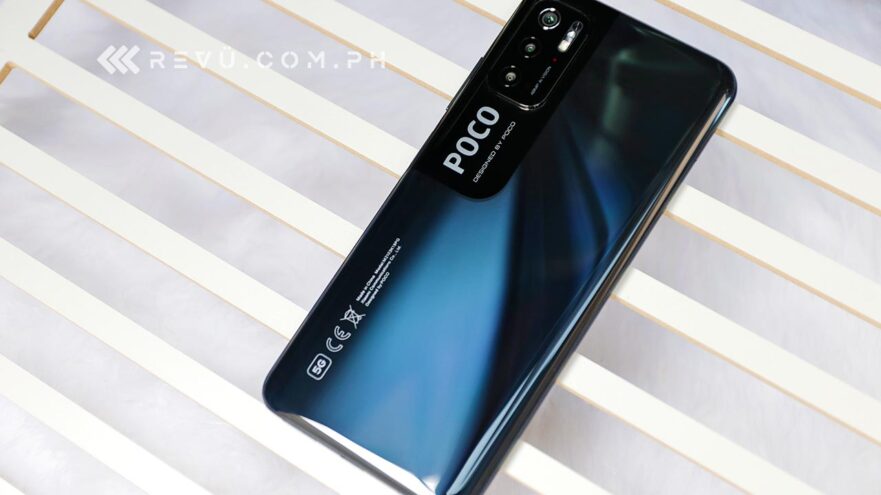 The debate around 5G adoption used to be a chicken-or-egg situation. But that’s clearly not the case now. Along with Huawei, OPPO, Vivo, Realme, and Samsung, Xiaomi has responded with optimism, releasing 5G phones in virtually every price tier, despite the slow rollout of 5G throughout most of the world.

Its latest release, the POCO M3 Pro 5G, is one of the most compelling 5G devices you’ll hear about in the Philippines and other markets across the region. And why not? The M3 Pro has not only disrupted the pricing of so many of its competitors in the 5G space, it also makes a great case as a solid all-around option that can do just about everything.

Not your ordinary budget hardware

The POCO M3 Pro 5G looks surprisingly good for its price. Being one of the cheapest 5G phones on the market, you probably wouldn’t expect it to be particularly attractive. But it is. We’d even argue that the M3 Pro is currently one of the best-looking smartphones in the segment.

It has a glossy, mirror-like finish at the back that — although a magnet to smudges — makes the phone appear more expensive than it actually is. The rear panel is accented by a large silver brand logo alongside color-matched markings and a rectangular triple-camera module located in the upper-left surface of the device. It occupies the same vertical half-bar as POCO’s company badge.

The camera setup also houses an ambient light sensor next to the flash, which only has a single LED tucked under the diffuser, despite looking like a dual-LED one. The other ambient light is hidden and sits next to the earpiece grill above the display.

POCO opted for a never-before-seen design for the M3 Pro 5G, as opposed to recycling the Redmi Note 10 5G’s case. That’s twice that the company has introduced a new look for its M3 series of budget handsets.

The camera bump isn’t obtrusive. And once you put the included silicone case on the M3 Pro, you need not worry about accidentally scratching the camera housing when laying the phone down on a flat surface. Thickness isn’t a problem, too, despite the 5,000mAh battery backup, with the device coming in at around 8.9mm at its thickest point.

It’s interesting that we were able to use the free case of the Redmi Note 10 5G on the POCO M3 Pro 5G, giving the impression that the two devices share the same exact base plastic shell, but with different design features. The button and port layout is likewise identical to the Note 10 5G’s; it’s fairly conventional, though.

The volume rocker and power/lock button with an embedded fingerprint sensor are located along the right-hand edge. The hybrid-SIM slot with room for a microSD card or two nano SIMs is alone on the left. Up top, you get a headphone jack, an IR blaster for operating household appliances, and a secondary microphone for noise reduction in calls, as well as stereo audio when shooting videos. And the bottom is where you find the primary mic, the USB-C port for charging and file transfer, and the loudspeaker.

Unlike the regular M3, the M3 Pro doesn’t have a second speaker, although sound output is pretty balanced, and you’ll enjoy solid mids and highs. There is no notification indicator of any kind here. And you don’t get any ingress protection whatsoever — not even basic splash resistance. It might be nitpicking, but we think every smartphone regardless of price tag must have some level of protection against water damage, which is important in countries like the Philippines with recurring rainy days.

Obviously, the 6.5-inch LCD screen occupies most of the front. It’s an extended 1080p affair, as expected, resulting in a pixel density of 400 dots per inch and a 20:9 aspect ratio. It sits beneath a flat sheet of scratch-resistant Corning Gorilla Glass 3, too, which you normally don’t see on sub-P10,000 ($210) devices.

More impressively, it’s got a dynamic 90Hz refresh rate that makes everything on the display feel slightly smoother, more responsive, and easier on the eyes when you compare it to standard 60Hz displays.

Xiaomi says the High/90Hz setting will auto-switch between 90Hz, 60Hz, 50Hz, and 30Hz depending on the content shown, with the latter getting support via a software update due later this year. The UI is said to run at 90 fps when scrolling and 50 fps when idle. You should see 60 fps or lower in games with a locked frame rate.

A modern-looking handset, the POCO M3 Pro 5G has a small punch hole centered at the top of the panel for the 8-megapixel selfie camera. While the bezels are reasonably small on the sides and top, there’s a slight chin along the bottom.

For viewing content, the M3 Pro brings support for Widevine L1, Google’s digital rights-management system, which is required to stream HD-quality videos from platforms like Netflix and Amazon Prime Video. Coupled with the screen’s size and wide aspect ratio, this is a good smartphone to watch movies and shows on the fly.

No one’s going to mistake the panel for an OLED, but the picture quality is sharp and crisp, and certainly better than average in terms of color accuracy and saturation. For an LCD, the black levels are decent. The viewing angles are also consistent, except in bright light. Outdoor visibility leaves a bit to be desired due to the maximum brightness of around 500 nits in Auto mode, but then again, we can say the same thing about almost all smartphones at this price range.

MIUI 12 on the POCO M3 Pro 5G supports three different contrast settings out of the box, and they all correspond to the sRGB color gamut. With the Auto option, you might notice a blue tinge, but it does help colors pop more, making it ideal for streaming movies and gaming.

Powering the POCO M3 Pro 5G is a MediaTek Dimensity 700 chip, which is built on an efficient 7nm process and boasts an integrated 5G modem that supports both SA and NSA networks.

We tested our unit using Globe Telecom and Smart Communications’ 5G networks and found it compatible with both local carriers, capable of high speeds depending on the location. Do note, however, that enabling 5G data will drain the battery quicker than usual.

.@POCOGlobal‘s #POCOM3Pro 5G: 5G speed tests in my room. Should be faster if I get out, but, you know, bed… 😆#Smart5G (Review should be up in a few.) pic.twitter.com/mqYkLFKHS4

When it comes to speed and coverage, our tests did not show any significant difference between the M3 Pro and 5G-capable flagship phones we use as our daily drivers, which is a compliment to the POCO more than anything else. If you’re after super-fast 5G speeds, this handset won’t disappoint, provided, of course, you are well within your telco’s coverage area. Another notable feature is NFC, which lets users make contactless payments, among other things.

The M3 Pro 5G mixes two Cortex-A76 performance cores operating up to 2.2GHz and six low-power Cortex-A55 cores at up to 2GHz for basic tasks, such as web browsing and media playback. It also integrates a dual-core Mali-G57 GPU, which is the same class of graphics chip found in the Dimensity 800U and Dimensity 820. Compared to the similar Dimensity 800U, the MediaTek Dimensity 700 has lower-clocked CPU cores and a slower GPU.

Our unit was able to run Genshin Impact, easily one of the most demanding Android games today, at frame rates higher than 30 fps, albeit with the settings turned down. The Ultra graphics preset in Mobile Legends is supported, and you’ll be happy to know that the game runs smoothly with the graphics maxed out.

The Poco M3 Pro 5G is powered by a sizable 5,000mAh battery that supports rapid charging at a reasonable rate. Given the high-capacity cell, it didn’t surprise us that the resulting battery life was great; our unit lasted 15 hours and 23 minutes in the PCMark battery-life test with the display running at 90Hz throughout the said run. Standby performance was pretty impressive as well, and the battery drains slowly overnight. This device easily offers a day and a half of moderate usage on a full charge.

Speaking of which, the POCO M3 Pro 5G ships with the same 22.5-watt power brick Xiaomi bundles with the Redmi Note 10 5G. However, its fast-charging ability maxes out at 18 watts, meaning the included charger is overqualified for the task. It will take the 5,000mAh battery from 0% to about 30% in just 30 minutes plugged in, while a full charge normally takes two hours. While not exactly zippy, a partial charge to, say, around 50% to 60% should still be sufficient for a day of use. 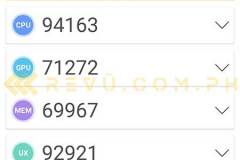 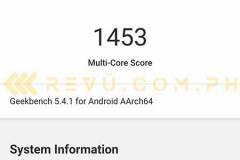 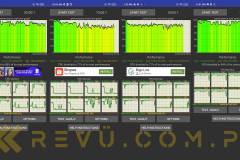 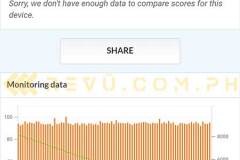 Surprisingly capable cameras on both ends

For taking pictures and videos, the POCO M3 Pro 5G has three cameras on the back and one on the front in the punch-hole cutout. The main rear-facing sensor is a 48-megapixel OmniVision OV48B with a Quad-Bayer filter and phase-detection auto-focus. Its lens is a 26mm equivalent with a pretty low aperture of f/1.8.

The secondary cameras have 2 megapixels each for macro and depth sensing. The macro imager has a fixed-focus lens, ideally for shooting closeups at about 5cm. There’s no ultra-wide module here; essentially, you’re limited to one good rear camera. Up front, you have an 8-megapixel, f/2.0 shooter with a decent focal length that can accommodate two to three people at a time.

As usual, the primary module saves 12-megapixel images by default, but you can manually enable the POCO M3 Pro 5G’s 48-megapixel mode for sharper detail at the expense of worse low-light performance and a bigger file size. Still, photos do look more natural without POCO’s post-processing, so if that’s something that appeals to you, we encourage you to try it out. 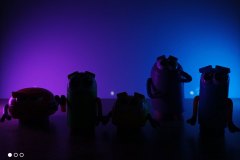 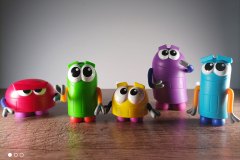 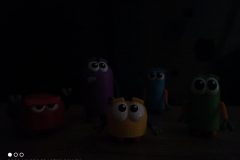 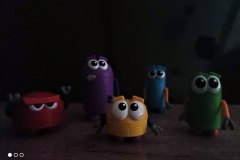 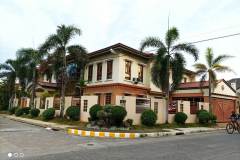 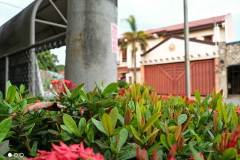 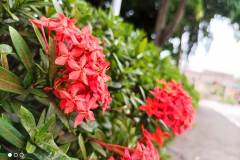 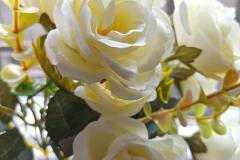 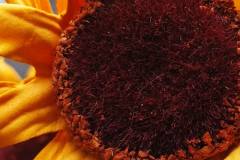 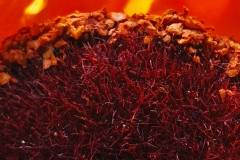 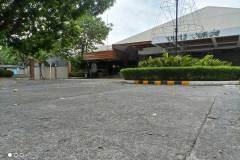 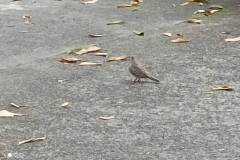 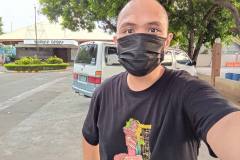 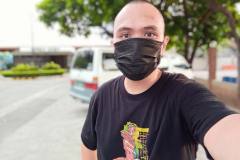 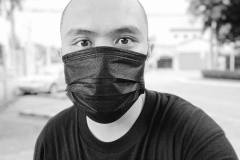 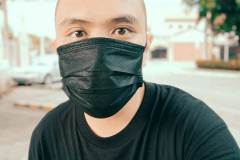 Daytime shots are packed full of detail, impressively exposed, and the colors are mostly accurate. The dynamic range is wider than what we’ve seen from devices at this price rangel as well. We think our unit fared better than expected and produced results on a par with more expensive phones. Night mode is available on the main camera, and the AI processing at nighttime can make for some pleasing pictures.

Elsewhere, the selfie camera is an unexpectedly capable shooter that delivers plenty of detail and sharpness, as well as nice skin tones. In barely decent lighting, the noise is kept in check well.

The M3 Pro supports video recording at up to 1080p at 30 frames per second with its rear and front cameras and up to 720p at 30 fps with the 2-megapixel macro unit. Though not having a 4K mode is understandable, our biggest gripe here is the lack of 60 fps shooting, which this phone so clearly needs.

With the POCO M3 Pro 5G, Xiaomi’s value-focused sub-brand has, once again, set the gold standard for what customers should expect from a sub-P10,000 ($210) offering. Besides a few omissions on the imaging front, there’s little to complain about with the phone’s performance. We have nothing more to add, except… well done, POCO.