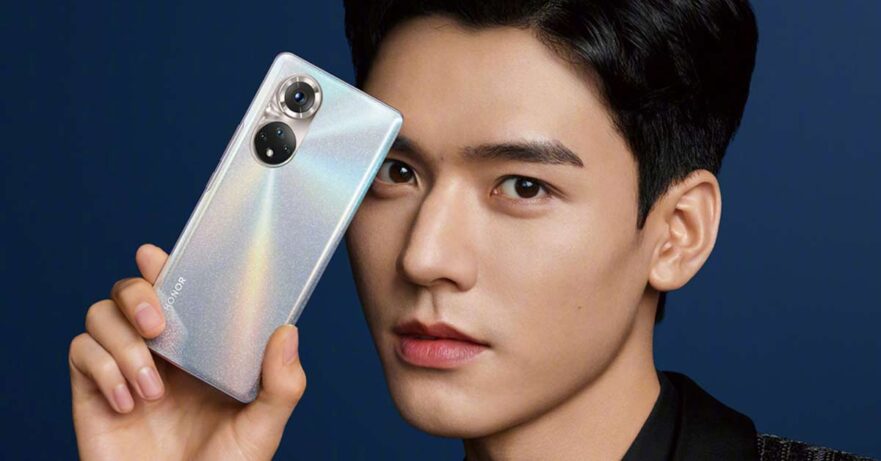 Now independent from Huawei, Honor is set to show what it has in store for smartphone consumers this month.

The company is going to debut the Honor 50 series in Shanghai, China, June 16, with a global announcement of versions with Google Mobile Services scheduled not too far behind. And for the launch teaser, shown in the feature image above, it finally showed the rear design of the lineup.

Confirming previous leaks, the photo shows a phone with a pill-shaped cutout for the rear cameras. There are two circular islands inside — one is for the main shooter, and the other is for the auxiliary ones. If you can’t quite see the unit that Honor brand ambassador Simon Gong is holding, then just take a look at pictures of actual Huawei 50 series phones below.

A poster has also appeared revealing the Huawei 50 line in black, green, pink, and silver.

We’re not quite done yet. There’s a listing of an Honor RNA-AN00 on benchmarking platform Geekbench, too. The exact processor powering the said model is not mentioned, but speculations are high it’s the Qualcomm Snapdragon 778G 5G chip that was introduced in May.

Only the Honor 50 and Honor 50 Pro are expected to use the the Snapdragon 778G SoC, so the handset with model number RNA-AN00 must be either one of them. The regular variant is rumored to come with a 50-megapixel primary camera and 66-watt fast charging. The Pro version, on the other hand, is said to feature a 100-megapixel main sensor and a 100-watt quick charging.

Word has it that the other two members of the series are the Honor 50 SE and Honor 50 Pro Plus, with the latter getting a Snapdragon 888 flagship chipset.