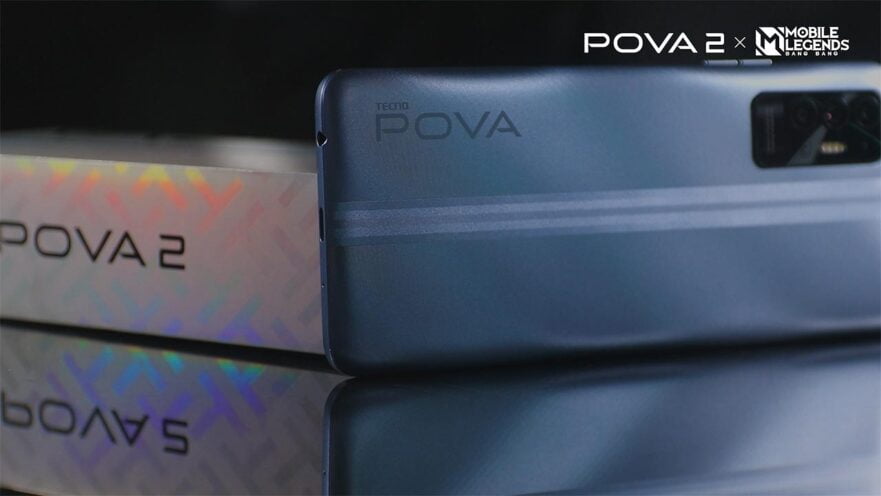 Tecno Mobile earlier announced the Tecno POVA 2 in the Philippines, proving yet again that you don’t have to spend a small fortune to get a quality gaming-focused smartphone with a big screen and an equally sizable battery.

The POVA 2 also ushers in a partnership between the Hong Kong-based smartphone maker and popular MOBA game Mobile Legends: Bang Bang. Check out our unboxing video below for a feature rundown and to find out what is included in the retail package.

Tecno POVA 2 unboxing. Stay tuned for our full review of this affordable smartphone

Locally, the phone has a suggested retail price of P7,990 (roughly $168) and is now available at Tecno’s partner retailers nationwide and online on Lazada and Shopee.

That’s quite an aggressive price tag for a device that sports a tablet-sized, 6.9-inch FHD+ screen and a MediaTek Helio G85 chipset, accompanied by 6GB RAM and 128GB of internal storage. More notably, the display boasts a 180Hz touch-sampling rate for better sensitivity and less input lag.

For extra-long-lasting battery life, the Tecno POVA 2 is equipped with a 7,000mAh battery that supports fast charging up to 18 watts over a modern USB-C port. Other notable specs include a physical fingerprint reader and a custom Android skin based on Android 11.