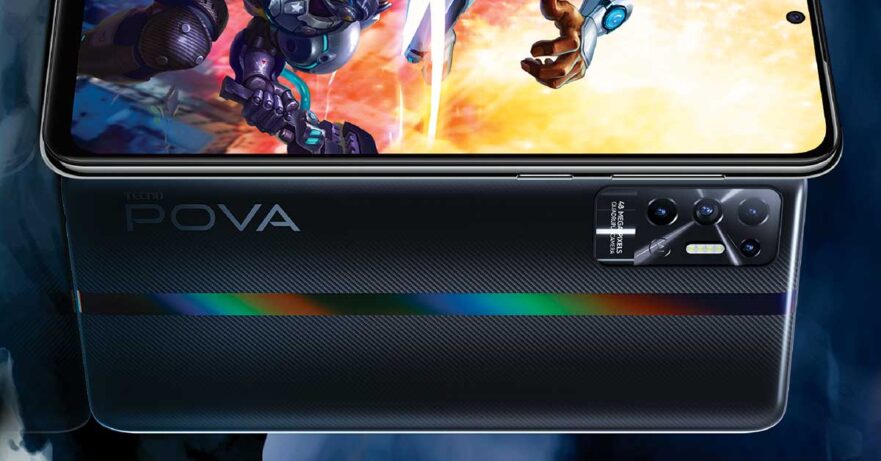 The direct follow-up to last year’s Tecno POVA is now official in the Philippines. Tecno‘s local arm today announced the gaming-focused Tecno POVA 2, which introduces several upgrades over the original including a faster chipset and a massive battery backup with fast charging.

In the Philippines, the Tecno POVA 2 has a suggested retail price of P7,990 (roughly $168). The handset will be available for preorder with exclusive freebies from June 5 to 11 at partner retailers nationwide and online on Lazada and Shopee. Lazada and Shopee customers will receive a free Mobile Legends skin plus a pair of wireless earphones. You can also buy the phone from MemoXpress Online and Kimstore to claim a free skin.

To celebrate the POVA 2’s local release, Tecno Mobile Philippines will host on June 5 the “Power Your Game Live Stream Show,” featuring top ML players in the country and fan-voted gamers who participated in the Tecno Mobile Facebook Challenge.

Hardware-wise, the most notable change on the Tecno POVA 2 is its side-mounted fingerprint sensor, which replaces the rear-mounted sensor on the original. It still sports a trendy racing stripe that runs across the back of the device. Internally, the most significant upgrades include a 12nm MediaTek Helio G85 SoC coupled with 6GB RAM and 128GB of expandable storage; a giant 7,000mAh battery that supports 18-watt fast charging; and a 48-megapixel, f/1.79 rear camera that works alongside a trio of 2-megapixel secondary sensors for bokeh, portrait, and AI photography.

The screen of the POVA 2 is also bigger this time around, fronting a 6.9-inch LCD with FHD+ resolution and a 180Hz touch-sampling rate. On the software side, the phone runs HiOS on top of Android and arrives with Game Space 2.0 for those who want to keep the on-screen shortcuts accessible when playing games, as well as ET game engine for a “fully immersive gaming experience.”