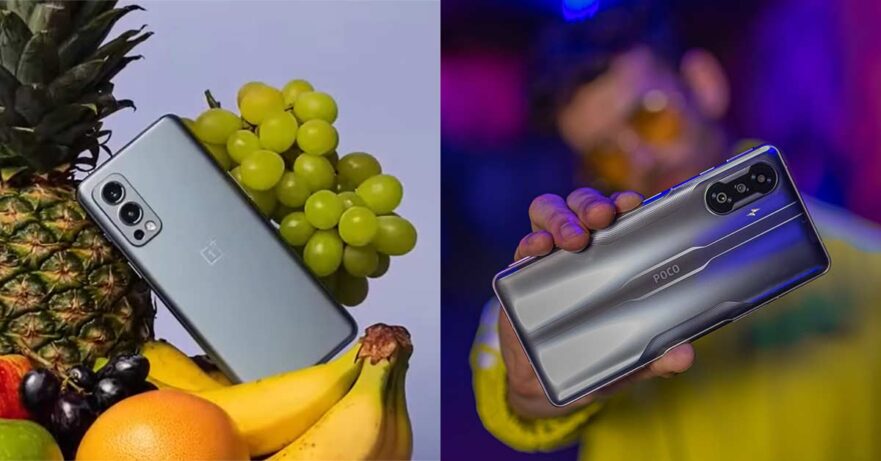 Yesterday, now-OPPO sub-brand OnePlus took the wraps off the OnePlus Nord 2 5G, which features the flagship MediaTek Dimensity 1200 5G platform and a 90Hz AMOLED screen, among other highlights.

Earlier today, Xiaomi answered right back with the announcement of the POCO F3 GT, which, as expected, is a rebadged Redmi K40 Gaming Edition. Interestingly, the F3 GT pairs a Dimensity 1200 with an OLED display as well, although the latter is larger and faster than what the Nord 2 has, coming in at 6.67 inches across and operating at 120Hz. Here’s how much the POCO F3 GT costs in India:

Understandably, given POCO’s global reputation as a disruptive force in the smartphone space, those prices are a little more aggressive than what the competition is asking for. But both devices — at least on paper — do seem to make an argument for skipping high-priced flagships from traditional players like Apple and Samsung. And if you’re wondering how the POCO F3 GT and OnePlus Nord 2 stack up against each other, check out the specs chart below.

On paper, the F3 GT has the clear advantage in terms of features and price, especially when you consider some of its gaming-focused features, such as the pop-up shoulder buttons on the side and the higher refresh rate. The POCO also has more megapixels at the back, but the front-facing camera of the Nord 2 is sharper with twice the megapixels.

In terms of battery life, the 5,065mAh cell of the POCO F3 GT may seem like a winner, but take note that the OnePlus Nord 2’s smaller and slower panel should prove to be less taxing on its 4,500mAh battery. Both the F3 GT and Nord 2 support fast charging at up to 67 and 65 watts, respectively. Considering the OnePlus’ smaller battery, though, it will probably top up faster under the same conditions as the F3 GT.

So, which phone are you getting? Or are you saving up for some other “flagship killer”? Let us know in the comments.