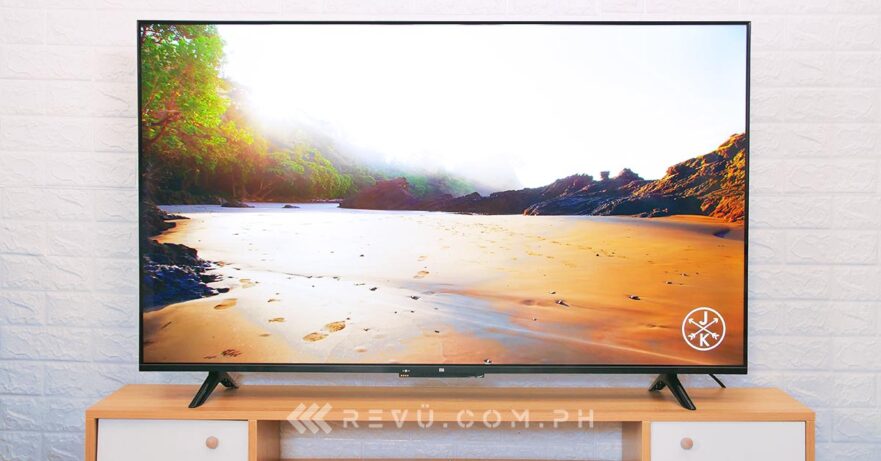 In addition to announcing the Xiaomi Pad 5 on the local market, Xiaomi has officially launched its Mi TV P1 series in the Philippines, with the biggest model carrying a 55-inch panel that should fit right at home in any modern living room. All TVs in the lineup feature Xiaomi’s new bezel-free design, resulting in a higher screen-to-body ratio and more generous viewing angles.

In the Philippines, the Xiaomi Mi TV P1 series has the following suggested retail prices:

The Mi TV P1 will be available exclusively at Xiaomi Authorized Stores as well as Xiaomi official stores on Lazada and Shopee starting September 30. From September 30 to October 1, those who purchase the 32- and 43-inch models will receive a free Redmi soundbar, on top of a P2,000 ($40) discount. The 50- and 55-inch variants will likewise get a similar price cut, plus a Mi Soundbar.

The #MiTVP1Series is technically advanced, yet simple to use. #SmartLifeLimitlessVision

Stay tuned on our page for exclusive promos and the official open sale announcement! pic.twitter.com/JP0aeQjApJ

That said, the biggest difference between the four comes down to the screen size and number of pixels on the TV. The 43-, 50-, and 55-inch variants sport a standard 4K resolution, whereas the entry-level spec packs an HD, or 1,366 x 768, panel. And while it looks good on a tabletop stand, it’s pretty obvious that the top-end Xiaomi Mi TV P1 is meant to hang on a wall, like a giant picture frame.

Speaking of which, the company sent us the 55-inch Mi TV P1 for review. But before we get to our verdict, which we’ll publish sometime soon, check out our unboxing pictures to find out what you’re getting in the retail box. 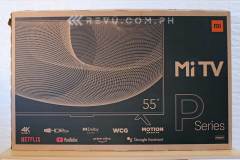 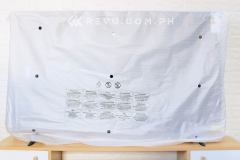 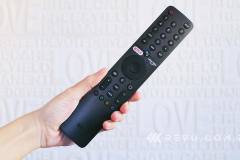 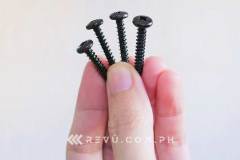 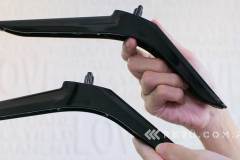 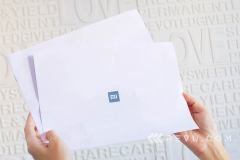 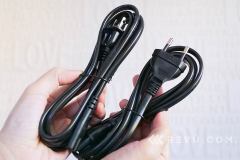 As you can see, here’s what’s inside the box besides the TV itself:

The Xiaomi Mi TV P1 arrives in a brown cardboard box with the usual styrofoam pieces to protect the panel from impact damage during shipping and installation. There are no handles on the sides of the box, and the plastic covering the screen rips rather easily, so we don’t suggest pulling the TV out of the box using it.

Another thing worth mentioning is that the TV doesn’t ship with its own screwdriver to install the stand components, which feel sturdy once screwed in. There are no included AAA batteries for the Bluetooth remote control, too. The power cable is quite short, so you may need an extension cord to reach an outlet.

The remote isn’t paired with the TV out of the box. To turn the TV on for the first time, you have to press the power button located at the base of the frame, right beneath the logo.

Setting up the Mi TV P1 is simple and straightforward — if you have a compatible Android device. Simply say “Okay, Google, set up my device” with the remote in your hand to start the setup process, then follow the instructions on the screen.

The Mi TV P1 boots Android TV 10 out of the box, with Xiaomi’s PatchWall custom interface on top. If you prefer vanilla Android, you can disable PatchWall and forget about it entirely. Further, if your location is not supported, the unit will automatically prompt you if you want to deactivate it.

Apart from a UHD panel, Xiaomi’s latest smart TV has an advertised DCI-P3 coverage of 94% and includes support for HDR10+ and HLG standards. The refresh rate is 60Hz, and you get MEMC for smoother video playback especially when streaming sports. For stereo sound, the 55-inch model boasts two 10-watt speakers, as well as Dolby Audio. 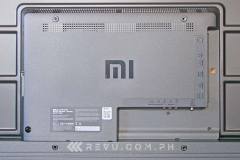 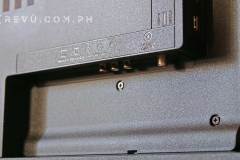 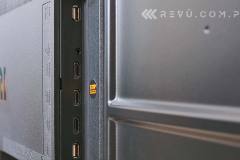 In terms of connectivity, there’s Bluetooth 5.0; Wi-Fi 2.4GHz and 5GHz; three HDMI ports; two full-size USB 2.0 ports; an Ethernet port; an optical digital audio out; and a conventional headphone jack. This TV is powered by a MediaTek 9611 chipset with four Cortex-A55 cores running up to 1.5GHz, Mali-G52 MP2 graphics, 2GB RAM, and 16GB of built-in storage.