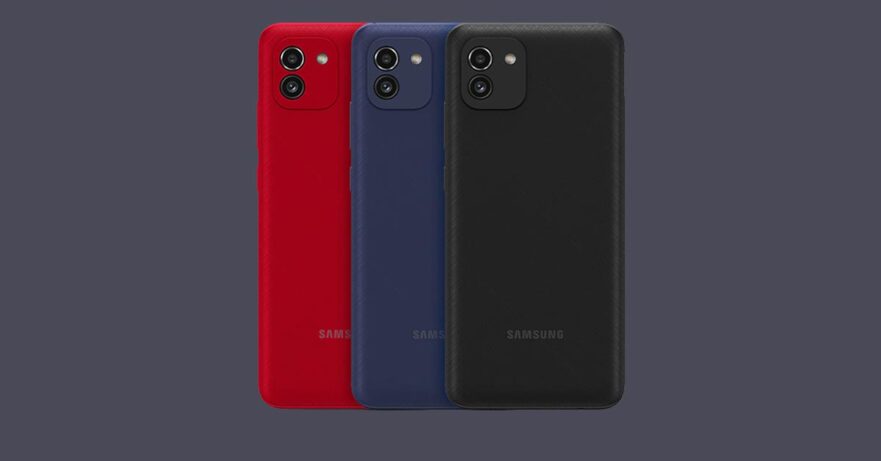 While all eyes are on the currently-up-for-preorder Samsung Galaxy S21 FE 5G, there’s actually another Galaxy phone that’s confirmed to go on sale in the Philippines.

(Update, January 11: We now know how much the Samsung Galaxy A03 is in the Philippines!)

We see that two memory configurations will be available in the country: 3GB/32GB and 4GB/128GB. And that the budget handset will come in red, blue, and black colors — take your pick.

The Samsung Galaxy A03 features a 48-megapixel main camera paired with a 2-megapixel one for depth-sensing shots. The screen measures 6.5 inches, comes with a 60Hz refresh rate, and houses a 5-megapixel selfie sensor in its waterdrop-style cutout. Powering the smartphone is a Unisoc T606 chip, and keeping its lights on is a 5,000mAh battery. On top of Samsung‘s own user interface is Android 11.