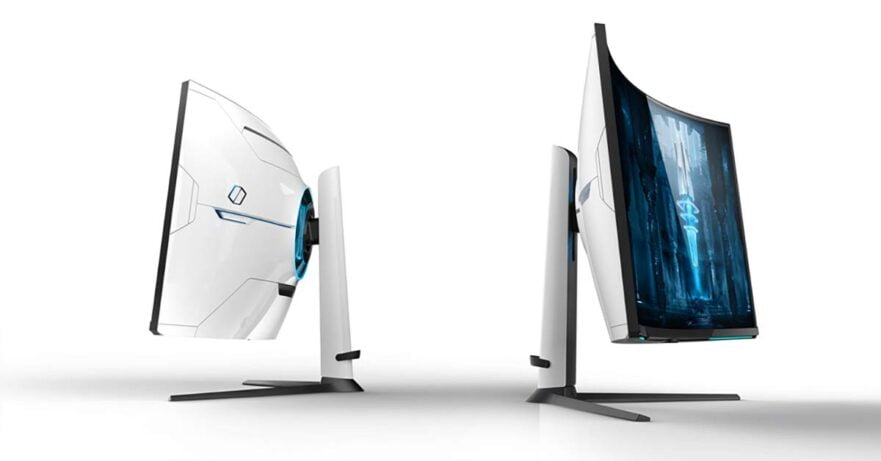 It’s just a few days away from the International CES 2022 technology conference in Las Vegas, Nevada, and one of the products you might want to watch for is a display from Samsung.

The Korean technology giant has announced today the Samsung Odyssey Neo G8, and it happens to be the world’s first 4K 240Hz gaming monitor. It will be showcased at this year’s CES event, which will be held from January 5 to January 7, so we’ll see more of it then.

The 3,840 x 2,160 resolution is squeezed into the Odyssey Neo G8’s 32-inch body. It’s curved, flaunting a 1000R curvature, and gets its light source from Quantum Mini LED. The latter is made up of thousands of LEDs that are way smaller than your regular LED modules, so it should give a more “accurate and sophisticated image detailing while maintaining precise backlight control.”

The gaming monitor likewise supports the company’s Quantum Matrix technology, resulting in 4,096 levels of lighting control for better bright-to-dark contrast — or 1,000,000:1 fixed contrast ratio, the highest in the industry — and great black detail.

The Samsung Odyssey Neo G8 sports two HDMI 2.1 ports, a single DisplayPort 1.4, and a CoreSync feature for instantly recognizing the color of the screen and matching the backlighting and color of the product. There’s also Auto Source Switch+, which automatically recognizes your device and switches to it when it is turned on.

At CES 2022, we expect Samsung to reveal when the Odyssey Neo G8 will be available, how much it go for, and which market or markets will be the first to get it. We’re not counting on any mention of the Philippines, much more its local price. But who knows? We might get lucky.