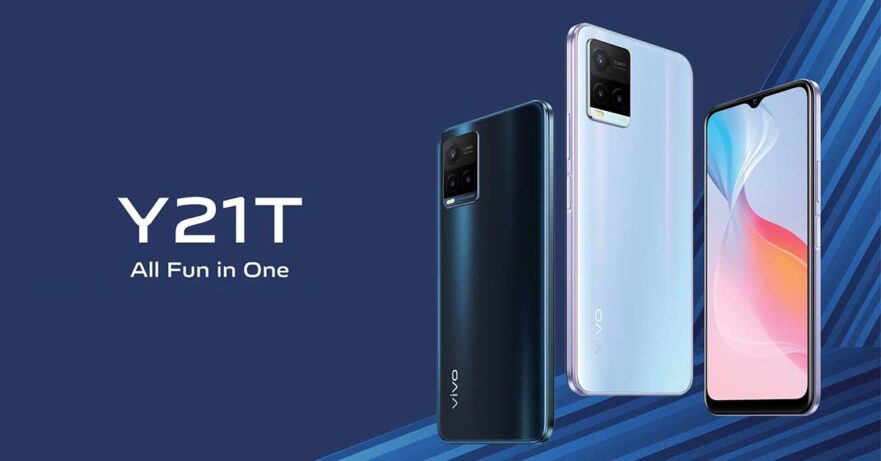 New year, new smartphone. Vivo has unveiled its latest handset in Indonesia, and it’s similar to the world’s first Qualcomm Snapdragon 680 phone, the Vivo Y32, which was launched in China almost two weeks ago. Except that it has a better set of cameras and less RAM.

(Update, February 19: The Vivo Y21T is now being sold in the Philippines!)

The new Vivo Y21T is an affordable phone, with pricing set at Rp3,099,000 (roughly P11,097 or $218 converted) for the sole variant with 6GB of RAM and 128GB of storage. It comes in in Midnight Blue and Pearl White colors and is also scheduled to go official in India tomorrow, January 3. There is still no word on a launch date for the device in the Philippines.

The HD+ display measures 6.51 inches across; the selfie camera is an 8-megapixel unit; and the rear-facing setup is equipped with a 50-megapixel sensor and a pair of 2-megapixel lens for macro and portrait shots. The Y21T runs Android 11 with Vivo’s Funtouch OS 12 skin on top. And it packs a 5,000mAh battery that supports 18-watt fast charging over a USB-C port.

As for the SoC, the Snapdragon 680 is the immediate successor to Qualcomm’s midrange 600 chipset range. It was launched late last year, alongside the Snapdragon 480 Plus, Snapdragon 778 Plus, and Snapdragon 695. All are fabbed on the same 6nm node, so they should be power-efficient.

Unlike its stablemates, however, the Snapdragon 680 lacks a 5G modem for super-fast data connectivity. And despite its modern specs, the Vivo Y21T looks slightly outdated compared to many other smartphones with a similar price tag. The phone still comes with a waterdrop notch, to go along with a chunky bezel at the bottom of the screen.