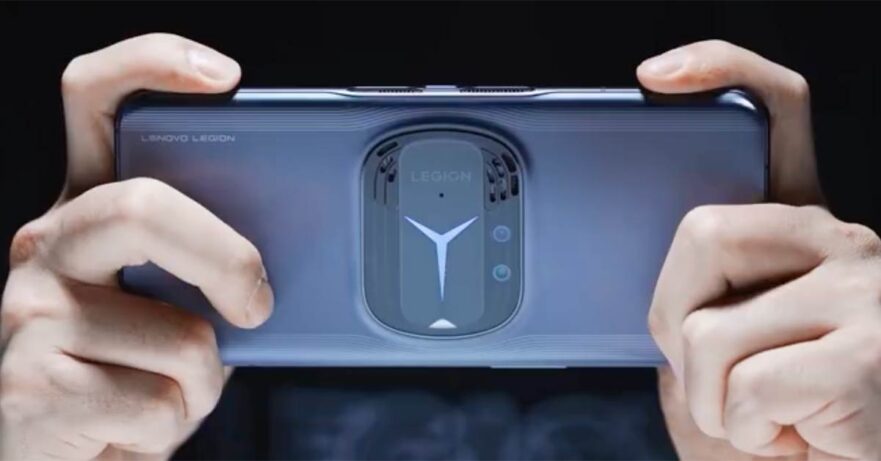 (Update, January 25: 22GB RAM and 640GB combined storage? The key specs of the Lenovo Legion Y90 have leaked out!)

One of the teasers shows a pair of shoulder-trigger attachments for the Legion Y90. They clearly share the same aggressive design as the device and feature mechanical keys that mimic those of a gaming mouse. The keys are also rated for 3 million presses, so longevity shouldn’t be an issue. They also offer low latency and can be mapped as desired by the user for a particular game.

Meanwhile, the other poster may have hinted at the device’s potential launch date. The date on the phone’s lock screen reads March 23, which is still two months from now. In the past, other manufacturers have used a similar Easter-egg technique to allude to an upcoming launch event.

To promote the smartphone, Lenovo is also offering the public beta access to it, while owners of last year’s Legion Phone Duel 2 who sign up for the trial will receive benefits. Registrations are open but limited to those who live in China.

Specs-wise, the Lenovo Legion Y90 will integrate a built-in fan to cool its supposed Qualcomm Snapdragon 8 Gen 1-based internals. According to a trusted Chinese leakster, the unit will pack a 6.92-inch AMOLED display with a 144Hz refresh rate and a 720Hz touch-sampling rate. The screen will reportedly be paired with a massive 5,500mAh battery that might support 90-watt fast charging over two USB-C ports.

Lenovo’s Legion Y90 is also rumored to come with up to 18GB of RAM and 512GB of internal storage, as well as dual X-axis vibration motors and a symmetrical rear design, like its predecessor, the Legion Phone Duel 2.