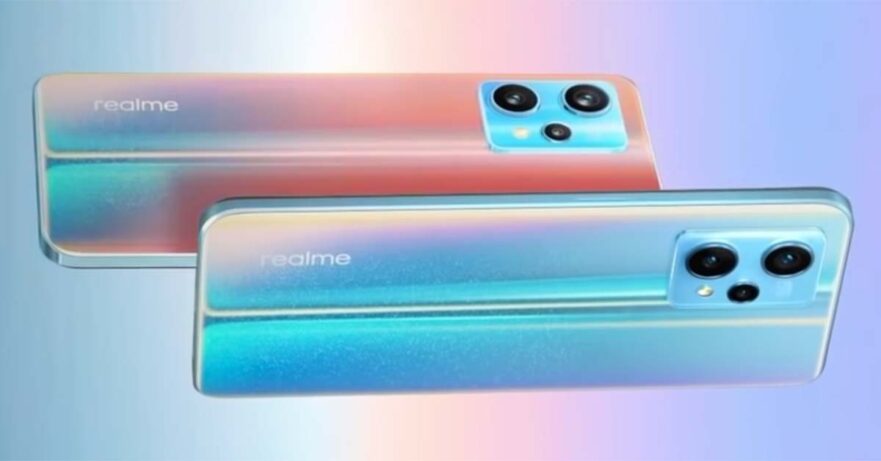 Realme, one of the leading smartphone brands globally and the Philippines’ top mobile brand, has something up its sleeve in the coming weeks.

The company has announced that both the Realme 9 Pro 5G and Realme 9 Pro Plus 5G variants will be launched on the global market February 16.

This time, turn low light into highlight. 💙 if you’re ready to meet the glow on 16 Feb. #realme9ProSeries #CaptureTheLight pic.twitter.com/5RhO1ybN6x

Realme also confirmed that the Pro series flaunts the color-changing Light Shift Design feature, allowing the phones to change color when exposed to sunlight. The Light Shift Design of the two is said to be inspired by “the transition of the sky from dusk to dawn,” which gives them the unique ability to shift from a light-blue shade to a pinkish-red hue.

The company calls the colorway Sunrise Blue. And when the Realme 9 Pro 5G and Realme 9 Pro Plus 5G launch in Europe, they will be the first chameleon-like phones in the continent.

Inspired by the sunrise, #realme9ProSeries Chameleon smartphone is born.⁰ Shifting from light blue to red, just like the sky from dusk to dawn. 💙 if you’re mesmerised. pic.twitter.com/YmB6trhCv0

We’ve been in the darkness for a while. Now, it’s time to #CaptureTheLight. #realmeDesignStudio brings #realme9ProSeries with more inspiration to the youth. 2022, ✋🏻 up if u’r ready to embrace more light with us. pic.twitter.com/OjM9FMH1N5

The midrange lineup is also said to have a flagship camera

You might recall that the Vivo V23 5G and Vivo V23 Pro also use a material that gradually changes its color if you leave them in the sun long enough. Of course, the phones will eventually revert back to their original colors, away from direct sunlight.

Flashy aesthetics aside, Realme has also revealed some other hardware features of its upcoming smartphone line, including a 7.99mm-thick body and a weight of 182 grams for the Realme 9 Pro 5G and a MediaTek Dimensity 920 5G chipset for the Realme 9 Pro Plus 5G. The 6nm processor features powerful Cortex-A78 cores operating at 2.5GHz and a Mali-G68 MC4 graphics chip, which should deliver up to 9% faster gaming performance over the Dimensity 900. As for what’s in the rumor mill, click on this to see the leaked full-specs sheet of the non-Plus version.

Considering the brand’s popular appeal and legion of local fans, it’s probably only a matter of time before the 9 Pro series launches in the Philippines. Last year, the Realme 8 Pro with 8GB RAM and 128GB of storage fetched a price tag of P16,990 (around $332) at launch.