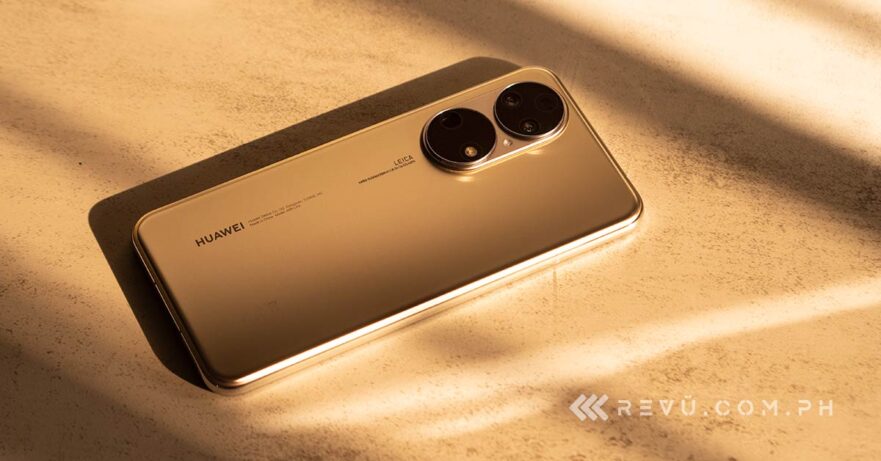 The Huawei P50 is now official in the Philippines, with the flagship phone coming in months after the P50 Pro and P50 Pocket were launched locally. It’s finally available after a lengthy wait. But is it worth it?

In the Philippines, the Huawei P50 carries a suggested retail price of P39,999 (around $757 converted) for the lone configuration with 8GB RAM and 256GB of internal storage. In case this device has piqued your interest, read on for our unboxing and hands-on.

Witness Legend Reborn with the newest addition to the P50 series: #HUAWEIP50PH! Buy now for only P39,999 from June 3 and get freebies worth a total of up to P5,095.

As you can see, the smartphone ships in a white box with two large golden rings on the front and the AppGallery branding at the bottom. If you’re familiar with the retail packaging of the global version of the Huawei P50 Pro, you basically know what you’re in for here. The two rings, in case it isn’t obvious, represent the camera-island design on the back of P50 series models like the P50 Pro and P50 Pocket.

It’s a tidy, if a little underwhelming, packaging, but at least it includes a phone case and a fast charger that maximizes the phone’s potential. Tucked in the box are the following:

The P50 doesn’t come with earphones, so you need to purchase them separately if you don’t have any lying around. In case you do decide to go that route, be sure to buy a wireless set, because this unit lacks a headphone jack.

The bundled silicone case is standard stuff, but it does fit snugly around the back of the handset.

As for the hardware itself, the Huawei P50 looks and feels premium in the hand, just like its more expensive Pro and Pocket siblings. The Cocoa Gold color variant is particularly attractive to us, especially under the afternoon sunlight. Locally, the P50 is also available in the Golden Black colorway, which is gorgeously adorned with several gold accents on the rear panel.

Unlike the gold version of the P50 Pro we have, though, the vanilla P50 has a frosted matte glass back that is resistant to fingerprints and oily smudges. We prefer the latter for obvious reasons. Additionally, the P50 boasts IP68 dust and water resistance, allowing you to take it virtually anywhere without worrying about the elements.

The device is powered by the same Qualcomm Snapdragon 888 4G chipset inside the P50 Pro and P50 Pocket. It’s not the most powerful chip around — certainly not in 2022 — but it will still get the job done in a pinch. And it will play your favorite hardware-intensive games smoothly and at high frame rates. Unfortunately, if you’re after 5G data speeds, there’s no way around that with this model. The same thing can be said about Google Mobile Services, which you need to run certain Google apps and Play Store games.

That’s not to say you won’t be able to open Google apps on the P50, as there’s always the option of running them in a virtual system. Apps like GSpace can be downloaded from the Huawei AppGallery. It allows you to create a virtual system on your phone and run GMS-dependent apps such as Gmail and YouTube. Then you just need to make a shortcut to the GSpace application, which in turn contains the shortcut to the third-party app you want to access. It’s the convenient and free, albeit ad-supported, alternative to running Google apps natively on your Huawei device — but most importantly, it just works!

That’s it for our unboxing and initial impressions. Be sure to check back on the site for more news and P50 content in the weeks ahead.