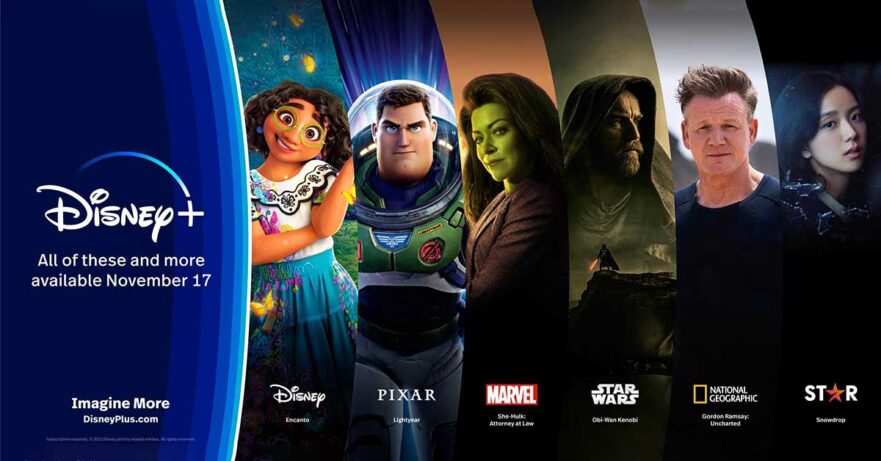 (Update, November 2: Globe Telecom, Disney’s official telecom partner in the Philippines, will make it easier for Globe users to get a Disney Plus subscription!)

After months of waiting and speculation, Disney Plus is finally launching in the country on November 17, bringing your favorite stories from Disney, Marvel, Star Wars, Nat Geo, Pixar, and Star to a screen — big and small — near you next month.

Even better, the service will start from just P159 per month. The pricing is about the same as the cheapest Netflix sub in the Philippines, which costs P149. This specific plan is limited to one user on a phone or tablet, though, and the quality is only 480p.

By contrast, the most affordable Disney Plus plan allows one user to stream HD (read: 720p) quality videos on a mobile device. It also lets users download select content for offline viewing. The Premium tier, priced at P369 monthly, lets you stream up to 4K (2160p) videos on phones, tablets, computers, and TVs.

To give you a better picture and help you decide which subscription is better suited for your needs, here’s a table showing how Disney’s Mobile and Premium plans stack up against one another.

The announcement of Disney Plus coming to the Philippines arrives just in time for the holiday season, right when the streaming service is set to release fresh content from its most popular franchises, including the highly anticipated Star Wars: Tales of the Jedi; Disenchanted, the sequel to the hit 2007 Disney movie Enchanted; and Willow, an epic period-fantasy series, in addition to a huge library of existing shows and films that includes Encanto, She-Hulk: Attorney At Law, Obi-Wan Kenobi: A Jedi’s Return, Andor, and many more.