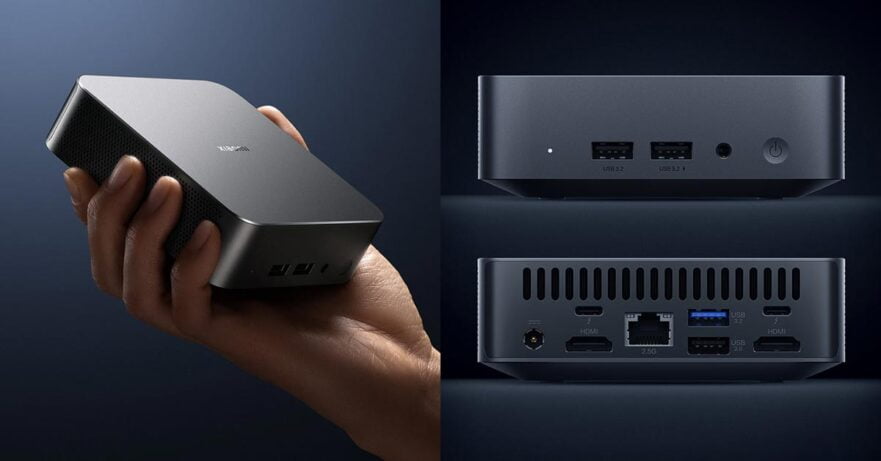 Xiaomi not only introduced the Xiaomi 13 Pro and Xiaomi 13, a new color of the Xiaomi MIX Fold 2, a router, and a bunch of wearable devices at its event in China yesterday, December 11, it also launched a product in a category that’s new for the company.

Meet the Xiaomi Mini PC, the brand’s first-ever desktop PC and is exactly what its name suggests — a miniature PC that you can easily take anywhere, much like devices such as the Apple Mac mini. It measures just 112 x 112 x 38mm and weighs only 437 grams.

But while it is palm-sized, the Xiaomi Mini PC still packs a punch. It is powered by a 12th-generation Intel Core i5-1240P processor with up to 4.4GHz turbo frequency, 12MB of Level 3 cache, 12 cores and 16 threads. The CPU is paired with 16GB of 3,200MHz DDR4 RAM and 512GB of PCIe 4.0 NVMe SSD, expandable up to 32GB of RAM and 4TB of SSD, respectively. There’s also Intel Iris Xe Graphic support here.

The device has a maximum power consumption of 100 watts and ships with Windows 11 Home Chinese Edition. And it doesn’t hurt that it looks clean, thanks to its aluminum-alloy body, which has gone through processes such as CNC, metal sandblasting, and anode oxidation.