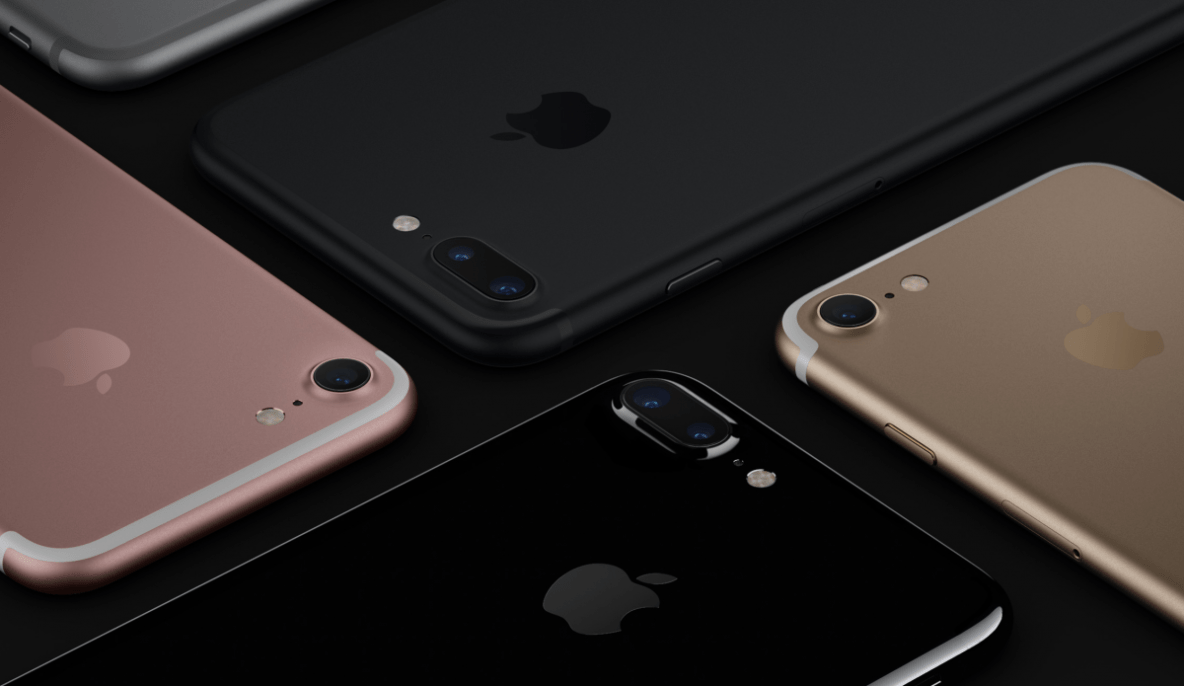 Roll out the red carpet; the iPhone 7 — along with its bigger brother, the iPhone 7 Plus — is here, and it is everything we expected it to be: an Apple device with zero “effs” given to people who complained when they got wind of rumors that this year’s iPhone won’t have a headphone jack.

Apple has always been about showing consumers what they might want, not the other way around. In 1985, Steve Jobs told Playboy, “We built [the Mac] for ourselves. We were the group of people who were going to judge whether it was great or not. We weren’t going to go out and do market research.”

This year’s no different as Apple joins Motorola and LeEco in offering a smartphone with no 3.5-millimeter jack. But unlike Motorola and LeEco, Apple might be the company that will popularize the idea. After all, it has a great track record of taking chances like this and getting away with it. Remember in 2008 when it introduced the CD/DVD drive-less MacBook Air? Or in 2012 when iPhones and iPads came with a Lightning port instead of a 30-pin connector? How about last year when it launched the MacBook with just the USB-C as its interface port?

The Apple Lightning headphones have been well received already by the market, with many praising the headphones as a technological breakthrough – giving the user great sound depth, while being lightweight and easy to use which is a great start for the tech company.

Apple has a great track record of taking chances in removing features and getting away with it. Remember in 2008 when it introduced the CD/DVD drive-less MacBook Air? Or in 2012 when iPhones and iPads came with a Lightning port instead of a 30-pin?

The 2016 iPhone ditches the 52-year-old 3.5-millimeter audio connector to give way to speakers — one at the top and one at the bottom — for stereo sound that’s twice as loud. It will ship with a pair of Lightning earbuds and, fortunately, an adapter for traditional headphones. Of course, you can always buy the $159 (about P7,400) AirPods to go wireless, something that Apple envisions the future to be.

The smaller iPhone model finally gets optical image stabilization, a feature that was once available only in the bigger version. The f/1.8 aperture lets in 50 percent more light onto the sensor than the iPhone 6s’ f/2.2 lens. Couple that with the new six-element lens, and the camera should theoretically let you take better photos in low light. The four-LED flash, meanwhile, makes for 50 percent brighter light output than its predecessor.

However, the most exciting upgrade is reserved for the iPhone 7 Plus. The dual-camera system that international brands HTC, Huawei, LG, and Xiaomi have embraced makes its way into the bigger Apple iPhone 7 model. One camera is the same wide-angle cam that the smaller iPhone uses, and the other’s a telephoto lens to allow for true 2x optical zoom without compromising on image quality. Later this year, expect a feature that will give you that depth-of-field effect (read: bokeh) you usually only get from professional cameras.

The design of the Apple iPhone 7 and 7 Plus have also been the subject of scrutiny before the devices were launched, as leaks had shown that it has not deviated much from that of the iPhone 6s. The most noticeable difference is the placement of antenna lines; they are moved from the back to the top and bottom parts of the smartphones for a cleaner look.

Surprisingly, this is an area where one of the most exciting announcements have been made, thanks to a reengineered enclosure that makes this year’s iPhone Apple’s first water-resistant handset ever and a home button with Taptic Engine that’s force-sensitive like the newer MacBooks’ Force Touch trackpads.

What’s more, Apple drops the silver-gray option to introduce two finishes besides silver, gold, and rose gold: black (matte) and jet black (glossy). You’ll have to shell out more for the latter variant because it’s only available in 128GB and 256GB, as opposed to the other colors’ 32GB, 128GB, and 256GB options.

India will get to have a taste of the Apple iPhone 7 and 7 Plus starting October 7.

The Philippines got the iPhone 6s and 6s Plus on November 6, 2015, so we’re guessing we will get the iPhone 7 and 7 Plus around that time as well.

Will the iPhone 7 do just fine?

Experiencing an iPhone sales decline for two consecutive quarters, Apple has a lot to prove this year. Fortunately, there’s promise in what we’ve seen. In fact, we’ll go out on a limb in saying that today’s launch is the most exciting Apple iPhone event we’ve witnessed in four years, so we believe the tech giant will do just fine. And if today has exceeded our expectations, what more in 2017 when Apple celebrates the iPhone’s 10th anniversary?

MY PARTNER RAMON LOPEZ’S TAKE: Two thoughts about the iPhone 7 and 7 Plus: 1) Are these the most exciting iPhones I’ve seen in a while? Yes, they certainly are. Making the new iPhones water-resistant and expanding their cameras’ capabilities would’ve been enough to justify an upgrade from two- and three-year-old smartphones. 2) Removing the headphone jack is a bold step towards truly untethered smartphones. With a sense of perspective, I’m sure most people would come to realize that someone had to do it.

My only problem with the iPhone 7s is that neither has fast-charging and/or wireless-charging capabilities. Perhaps that will come next year. But still — what the hell, Apple?

Update on the take, September 9, after reading some iPhone 7 hate messages: I’d understand the hate if you’re an analog purist, or if you own a bunch of corded monitor headphones, but I’d argue that this year’s iPhone announcement is the most exciting in years.

1) Improved waterproofing. The iPhone 6 and 6s are water-resistant in their own right, but this year, it’s official.
2) Same great design but with more (and better) colors to choose from. Choice is an underrated feature, as most manufacturers tend to stick with basics or classics with their flagships.
3) Even better rear camera/cameras. The front-facer can be VGA, for all I care. The 6s already has one of the best cameras in the business (its 60fps recording mode is probably second to none); so if the 7/7 Plus are indeed much better, we could be looking at a two-horse race for the best camera phone ever.
4) The iPhone 7 now has double the storage per model, giving you twice as many reasons to forget about removable memory.
5) Improved performance AND usage times, though to be fair, the iPhone has been known to dominate bechmark results AND top the list of phones with frustrating battery life.

The only thing I’ll probably miss coming from Android flagships is fast charging. Then again, newer iPhones, partly because they have relatively small batteries, don’t take long to recharge. So maybe I won’t miss quick charging as much as I think I will.