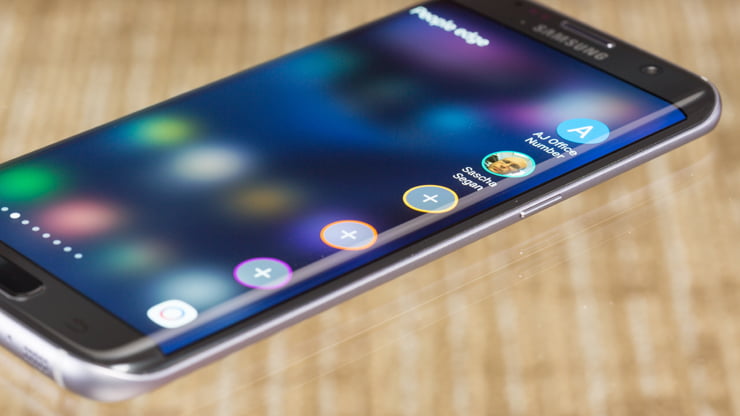 With serious Galaxy Note 7 battery issues hounding Samsung, it’s understandable the Korean company would want to release the Samsung Galaxy S8 earlier than usual. Leaked documents say the tech giant’s next flagship phone will be powered by an Exynos 8895 processor — and the CPU will be paired with not just any other GPU.

We’re talking about a beast — the ARM Mali-G71, which is said to offer “up to 20 percent better energy efficiency, 40 percent better performance density, and 20 percent more external-memory bandwidth saving” than the Mali-T880 used in the Exynos 8890-powered Samsung Galaxy S7. So not only is it powerful, it should be kinder to your mobile device’s battery life, too.

GFXBench benchmarking scores reportedly show it beats the one in Qualcomm’s Snapdragon 830 and a 2015 laptop with discrete GPU. Of course, Qualcomm’s processor is not even official yet, so rein in that excitement for now.

GFXBench benchmarking scores reportedly show the ARM Mali-G71 beats the one in Qualcomm’s Snapdragon 830 and a 2015 laptop with discrete GPU.

ARM’s Mali-G71 is based on Bifrost, an architecture that has been designed from the ground up to handle high-end 4K, virtual- and augmented-reality, and ultimately, mobile-gaming experiences on Android.

Given that Samsung is already invested in VR through its partnership with Oculus for Gear VR headsets, we’ll give the probability of this report to be true a 9-out-of-10 rating. Does this mean earlier claims of the Samsung Galaxy S8 boasting an ultra-HD screen will turn out to be correct as well? And that the 4K display should have refresh rates of up to 120mHz, something that’s important when it comes to virtual reality? Let’s hold each other’s hands as we wait with bated breath to see how these rumors pan out.

MY TAKE: Power is good. Fast is good. But how about a mobile device that lasts longer, too? That has been the holy grail for tech companies, and that may finally be resolved soon. Case in point: MIT spin-out Solid Energy Systems is said to be in the process of commercializing lithium-metal batteries that “could make smartphones, drones, and electric cars last twice as long,” and the technology could be available as early as 2017. Let’s all cross our fingers and toes, shall we?

MY PARTNER RAMON LOPEZ’S TAKE: It sure would be good for mobile devices to close the gap between PCs and gaming consoles, but what I would really like is longer battery life on my next phone and tablet. Moving to a smaller architecture may not cut it for most users. In the meantime, while we’re all waiting for that quantum leap in battery technology, we can enjoy better VR experiences and more console-quality games.