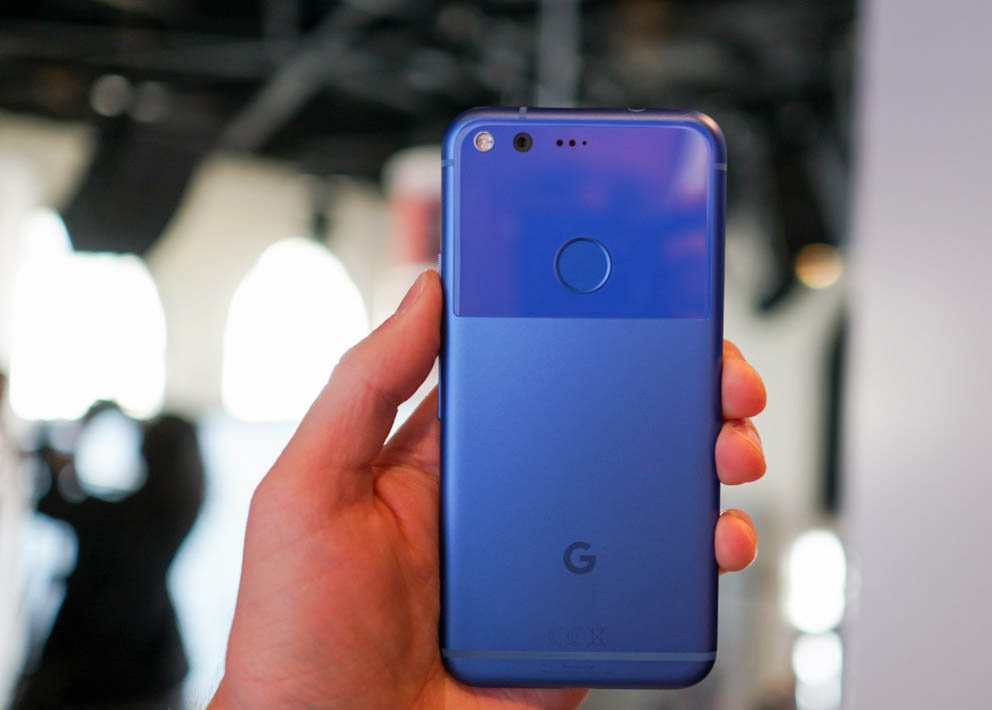 IF you look at Google’s new Pixel phones long enough, you’ll notice a bit of resemblance to the iPhone, the newer ones, to be sure. Maybe it’s only right that they do. Apple’s handsets have always been about leveraging its own hardware and software to deliver the smartest user experience possible; Google now aims to do the same with the Pixel.

And you know what? We think the big G is on to something. The Pixel isn’t just smart; it is arguably the smartest phone money can buy today. That’s not to say it’s got some of the fastest silicon around, though it comes close to the superlative. It’s smart because it has Google’s brain — and all the searching and clicking and everything else everyone has done on Google the past several years are inside that brain.

The phone that’s (creepily) smart enough to understand your speech and look for answers or get things done without you pressing any buttons — that’s the Google Pixel. It’s now available for pre-order in the U.S., U.K., Canada, Germany, and Australia, with prices starting at $649 or about P31,400 for the small one (complete specs can be found here), $769 or roughly P37,200 for the big one (see full specs here). You can choose from three colors: white, black, and, our favorite, blue. The blue version is exclusive to the U.S. market, unfortunately. 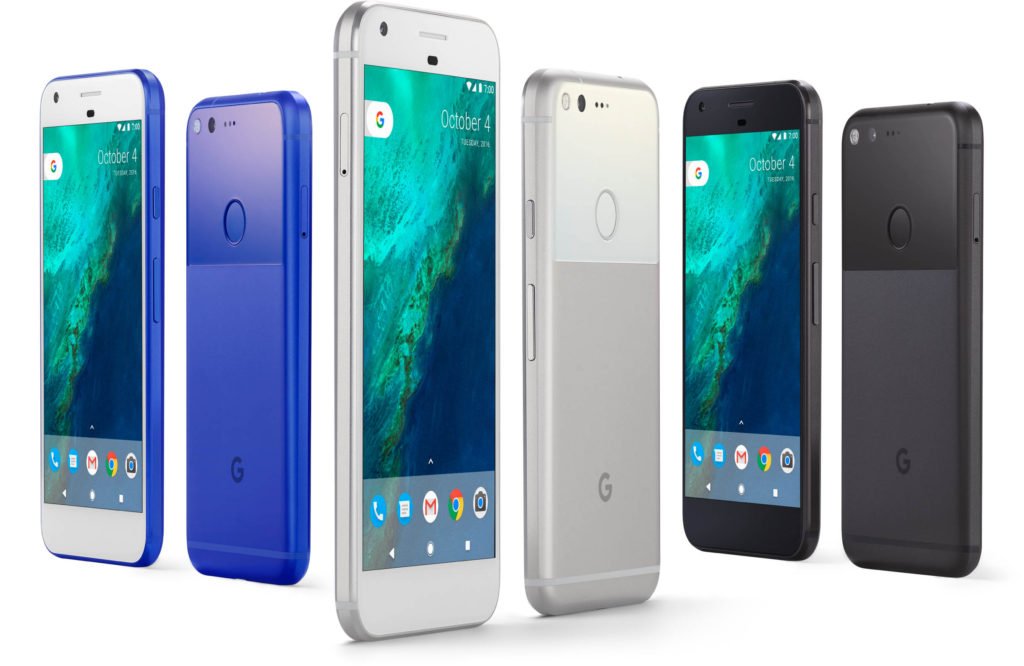 Google Pixel and Pixel XL phones are available in blue, white, and black

Made by Google inside and out — well, mostly

The device comes in two sizes: 5 and 5.5 inches for the Pixel XL; the former has a 1080p AMOLED display, the latter features pin-sharp Quad HD resolution. The 5-incher has less battery capacity than the XL. Regardless, both phones have fast-charging capabilities and are said to provide up to seven hours of battery life (on standby?) from a 15-minute charge.

Everything else is identical across the board. The handsets share the same mostly metal design, the same top-end Snapdragon processor with 4GB of RAM and up to 128GB of non-expandable storage, the same “best-in-class” camera around the back (more about this later).

Google partnered with HTC to build the Pixel, though you can’t tell it with the naked eye. With the exception of the “G” logo, there’s absolutely zero branding anywhere on the phone’s aluminum-and-glass body, which is fine because HTC merely built the Pixel — whereas Google designed every inch of it.

The handset lacks the “wow” factor of Samsung’s newer curved phones, but it does have a few nice touches, like the part-glass area on the back where the camera and fingerprint sensor lay flush with the casing. The fingerprint hardware also functions as a scroll wheel, making it easier to view notifications and access apps from the app drawer. But more than that, we would have wanted some assurance that the phone can get wet. You know, because the best from Apple, Samsung, and Sony can.

The ‘best’ camera in a phone

Google mentioned DxOMark during today’s keynote to highlight the Pixel’s photography chops, saying the expert camera site gave its handset an 89 rating, the highest of any mobile device.

For comparison’s sake, the Galaxy S7 edge and the iPhone 7 were rated just a smidge lower at 88 and 86, respectively. The Pixel didn’t just surpass Samsung’s and Apple’s recent efforts; it surpassed everyone else’s. At least according to DxOMark’s camera benchmarks, which many tech pundits trust. Obviously, we’ll need to try out the Pixel’s camera first to confirm if it’s as good as the marketing says it is.

The 12.3-megapixel rear camera is paired with f/2.0 glass and image stabilization tech to help steady shaky hands. It can capture 4K video at 30 frames per second and 1080p video at up to 120 frames per second. The selfie shooter has an 8-megapixel sensor. Google is also giving Pixel users unlimited storage for photos and videos at full resolution in Google Photos. And before you ask, yes, the offer extends to bulky 4K video files.

Software is the co-star

While the Pixel packs impressive hardware, what ties it all together is brilliant software that demonstrates just how far ahead of the curve the Mountain View giant is with regard to machine learning and artificial intelligence.

Google Assistant is front and center of Google’s push towards a more mobile and personal way for people to interact with their phone or tablet. Assistant will be available first on the Pixel, and with it, you can pull information from Google’s index of websites, like traffic and weather conditions, put events on your calendar, or play a song whose title eludes you. It can even tell you how to say things in another language. Me gusta mucho.

The Pixel is also the first phone to ship with Android 7.1 Nougat, a version of the Android operating system that hasn’t been released yet. Google, as expected, promises over-the-air software updates as soon as they’re available, and better still, all software downloads will install in the background. No more waiting for the update to finish installing before you can use the device.