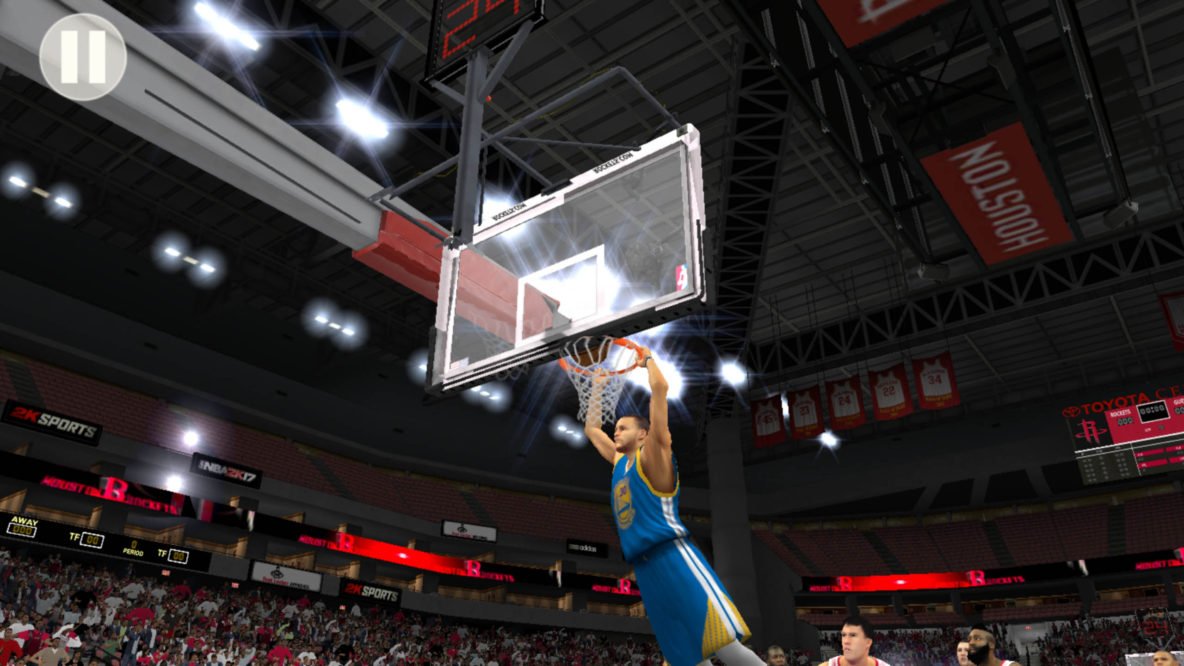 WE love NBA 2K17 for mobile; we think it’s one of the best and most graphically impressive mobile games out there. We said it in our review, and we’ll say it again here: NBA 2K17 is worthy of the franchise it belongs to.

Which is why it’s especially unfortunate that the Android version of the game feels more like a half-baked side project, whereas its iOS counterpart is the basketball equivalent of a slam dunk. The latter isn’t perfect by any stretch, sure, but it’s better than any mobile sports game before it by Rudy Gobert’s wingspan.

NBA 2K17 for Android, meanwhile, aims to deliver the same experience but ultimately misses the mark — and here’s why.

The Android version of NBA 2K17 feels more like a half-baked side project, whereas its iOS counterpart is the basketball equivalent of a slam dunk.

As any NBA 2K gamer will tell you, the series is best played with a physical controller, as opposed to using the game’s touchscreen controls, which tend to get in the way of the action, making it hard to see all the players on the court. Developer 2K Sports knows that and is offering third-party controller support in NBA 2K17.

The problem is, it’s only available in the iOS version. Android users who are keen to pair a controller to their device will have to wait indefinitely for an update. And while we don’t have a problem using a virtual joystick, many others do, and they probably don’t have an iPhone or iPad lying around the house.

We’d devote a couple of paragraphs on this topic alone, but hearing the difference should suffice.

The following is an audio clip of the Cleveland Cavaliers playing against the Golden State Warriors on NBA 2K17 on an Android device.

And here’s that same matchup on an iPhone.

The last recording is night-and-day different from the one earlier because it includes audio commentary from Kevin Harlan and Clark Kellogg and on-court sounds, like the thud of a basketball bouncing on the hardwood or the swish of the net.

In other words, the last clip sounds more like an NBA broadcast, less like watching a game of hoops from the cheap seats. So whereas the audio from an iOS device may make you want to turn up the volume, the sound from an Android phone or tablet is just begging to be muted.

Whereas the audio from an iOS device may make you want to turn up the volume, the sound from an Android phone or tablet is just begging to be muted.

Sharper (sometimes) but not better

And then there’s the visuals. While the game looks sharper on Quad HD screens, the eye candy isn’t as sweet as on a modern iPhone or iPad and the frame rates are nowhere as consistent, even on a flagship Android phone.

For anecdotal evidence, we had to drop the graphics preset down to Medium on a Samsung Galaxy S7 edge just so we could play with minimal slowdowns. Playing the game on an OPPO F1s — an Android Lollipop-based phone equipped with an octa-core processor and 3GB of RAM — we soon learned that the only way we could get the game to run smoothly was by throttling the graphics down to their lowest settings. That includes turning off shadows and reflections in the game.

Another thing: Some graphics settings aren’t available on the Android port, likely for performance reasons. So to address the elephant in the room: “Will this game run well on my Android device?” The answer is probably not. Unless, of course, you’re willing to make huge compromises on the graphics department. Trust us: You won’t like what you see; NBA 2K17 isn’t the same game with the visual settings dialed all the way back. 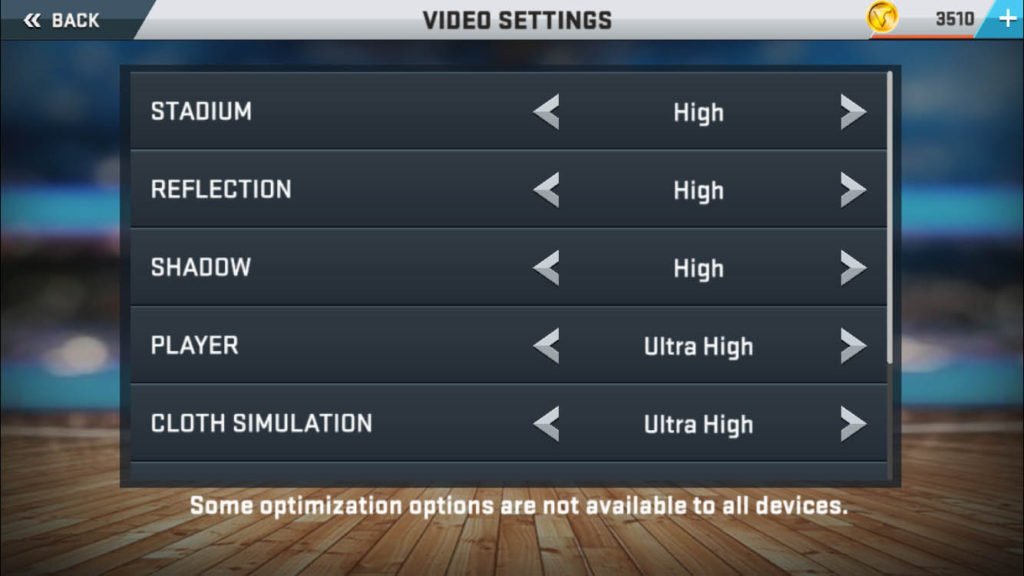 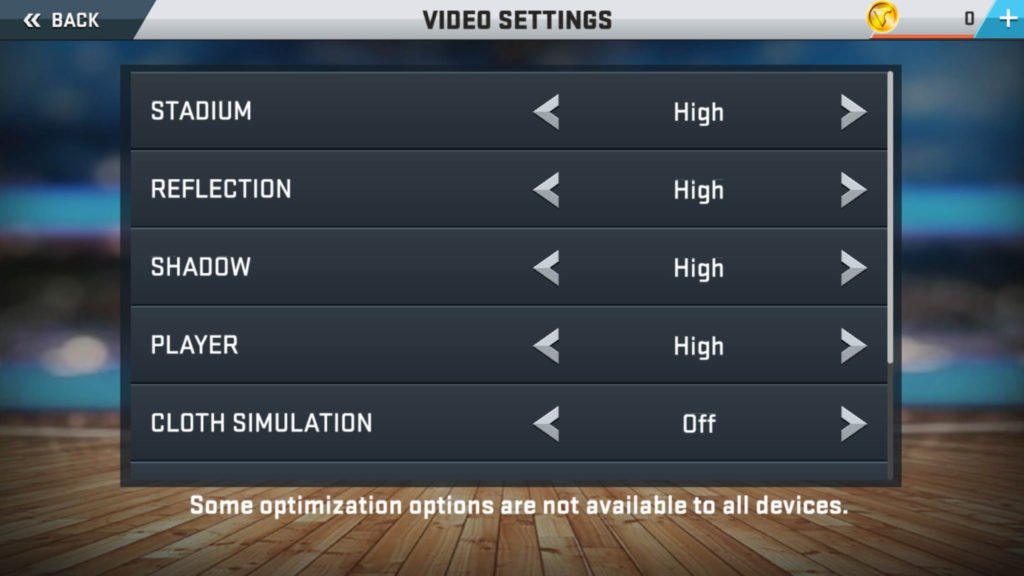 But the most upsetting part has nothing to do with the touch-only controls, nothing to do with missing audio files and the drop in graphical fidelity. NBA 2K17 is a $7.99 or P375 game across mobile platforms, which is to say Android users are paying full price for something that’s missing a few core features.

NBA 2K17 is a $7.99 or P375 game across mobile platforms, which is to say Android users are paying full price for something that’s missing a few core features.

Things can get better with time, we suppose. But as it stands, we suggest you wait for a software update that will address NBA 2K17’s most pressing issues, or purchase its best version from the App Store.