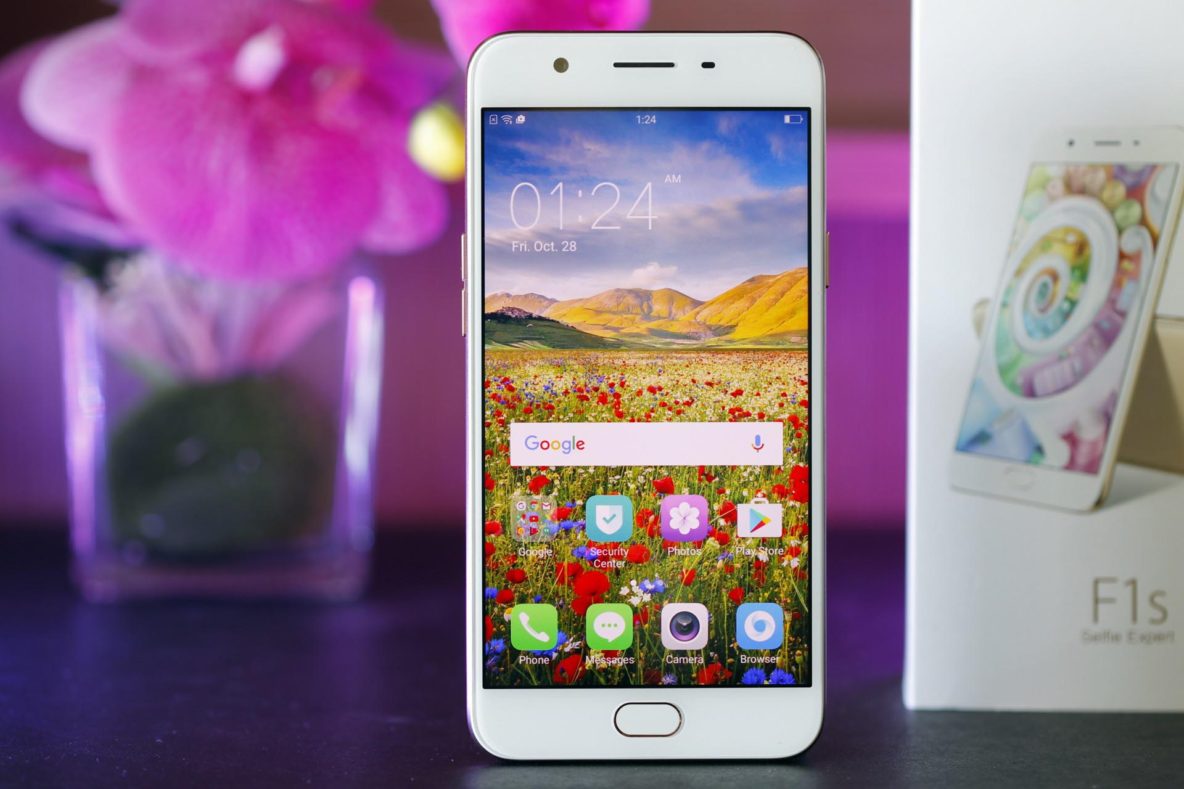 TODAY, OPPO Philippines is launching a limited gray version of the OPPO F1s (click for complete specs) to coincide with the company’s official announcement of Alden Richards as an endorser. Almost three months after its gold and rose-gold variants were first released on the local market for P13,990, is the smartphone — now costing P12,990 — still worth considering? Read on.

The F1s is the Goldilocks choice in OPPO Philippines’ photography-oriented trilogy of F1 series handsets, which includes the F1 and the F1 Plus. It represents a huge leap from the F1, and closes in on the F1 Plus in terms of performance, design, and build. Some might even say that compared with the F1 Plus model, which was priced at P21,990 at launch, they prefer the look and feel of the cheaper F1s. They might say the design tweaks here and there give it an aesthetic advantage.

But what we’re sure of is that the OPPO F1s is exceptionally good at taking selfies, as good as any you’d find on the market. Yet, there’s more to this phone than the marketing would have you believe — and we mean that as a compliment. The F1s is a good phone that’s just shy of greatness.

The backside sports the OPPO branding and has a metallic finish. 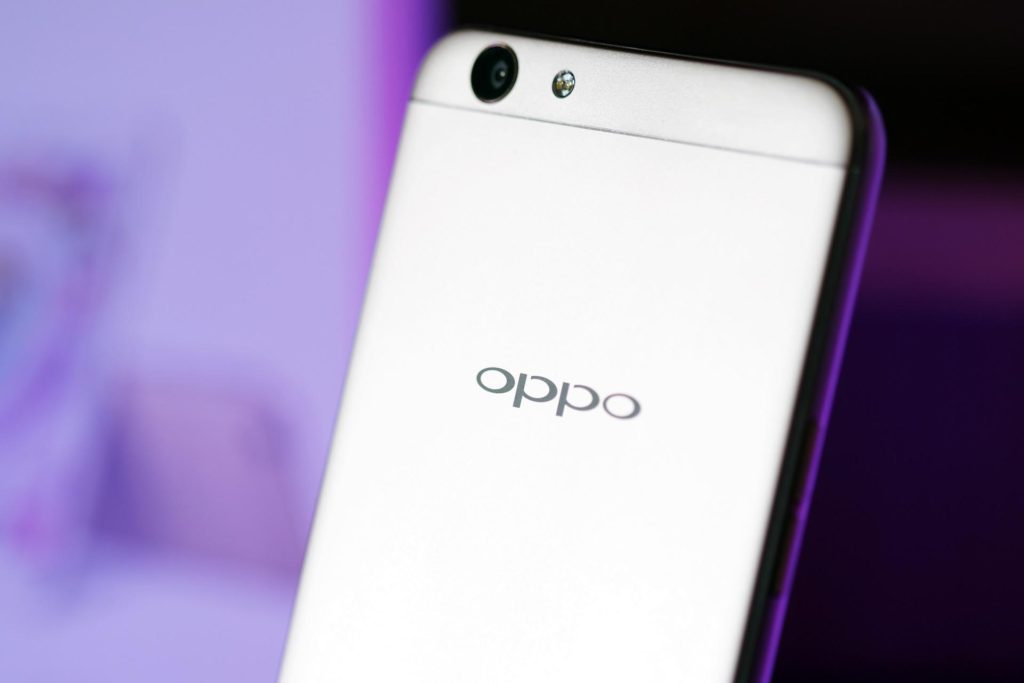 A minor camera hump protrudes from the casing. 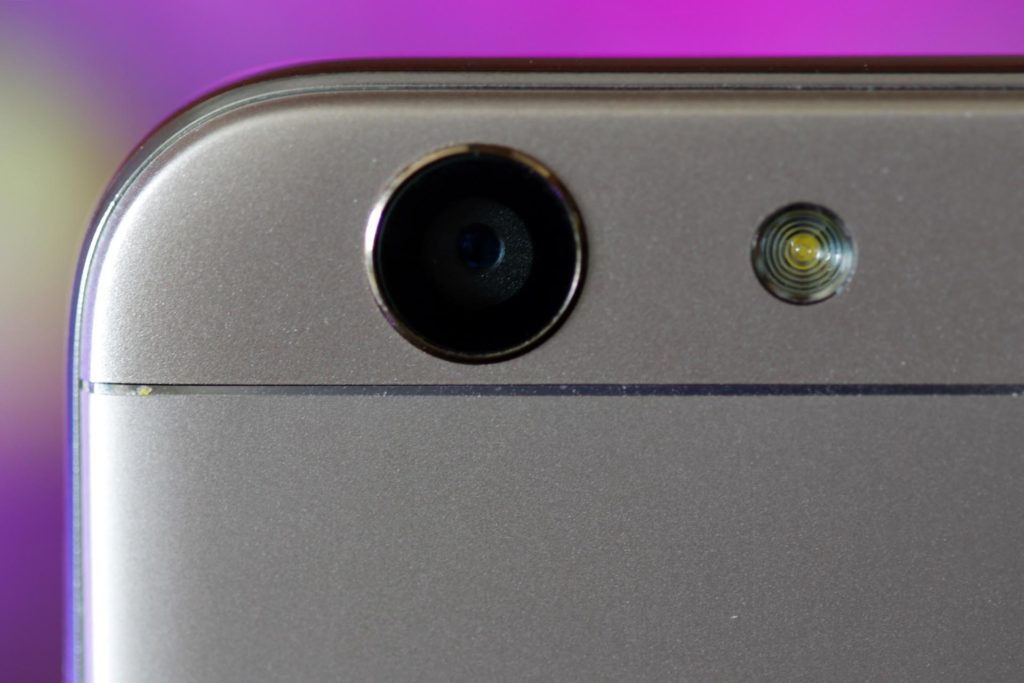 The frame itself, sleek and pleasant to the touch, is made of plastic that looks like shiny metal. 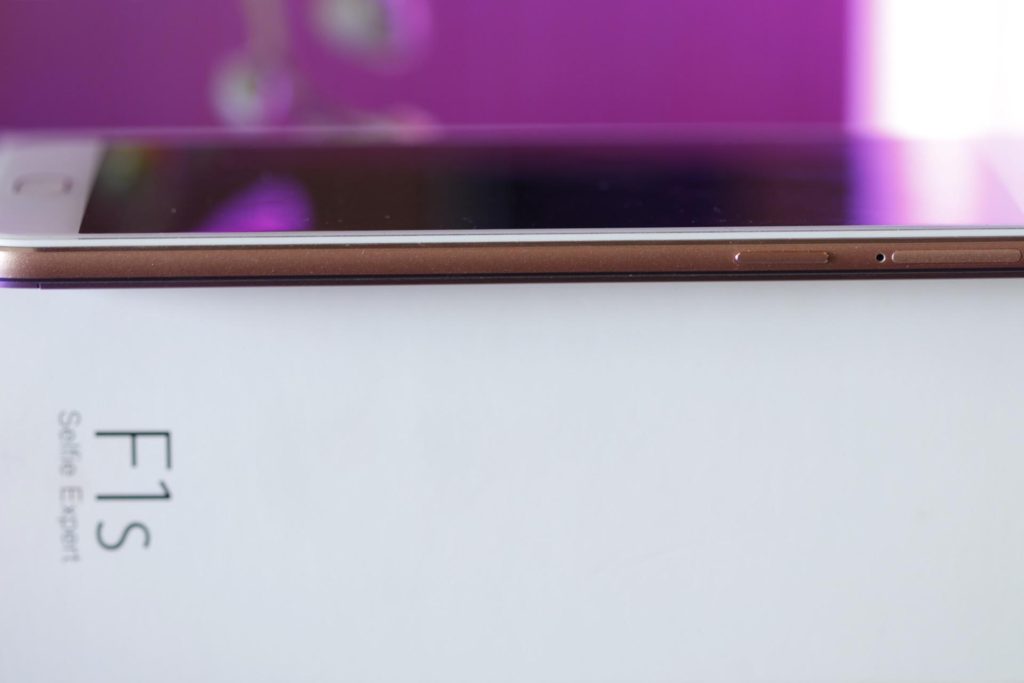 The left-hand side is home to a volume rocker. 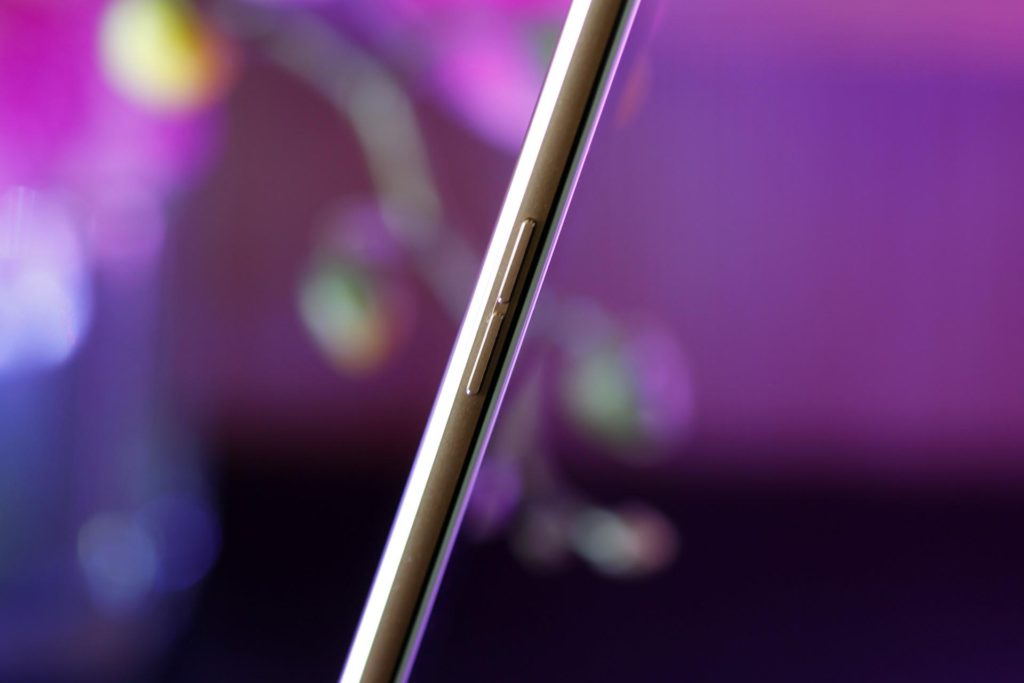 Across the opposite side, along the right edge, you’ll find a power button. It’s positioned right where it should be, at the spot where your thumb naturally wanders. 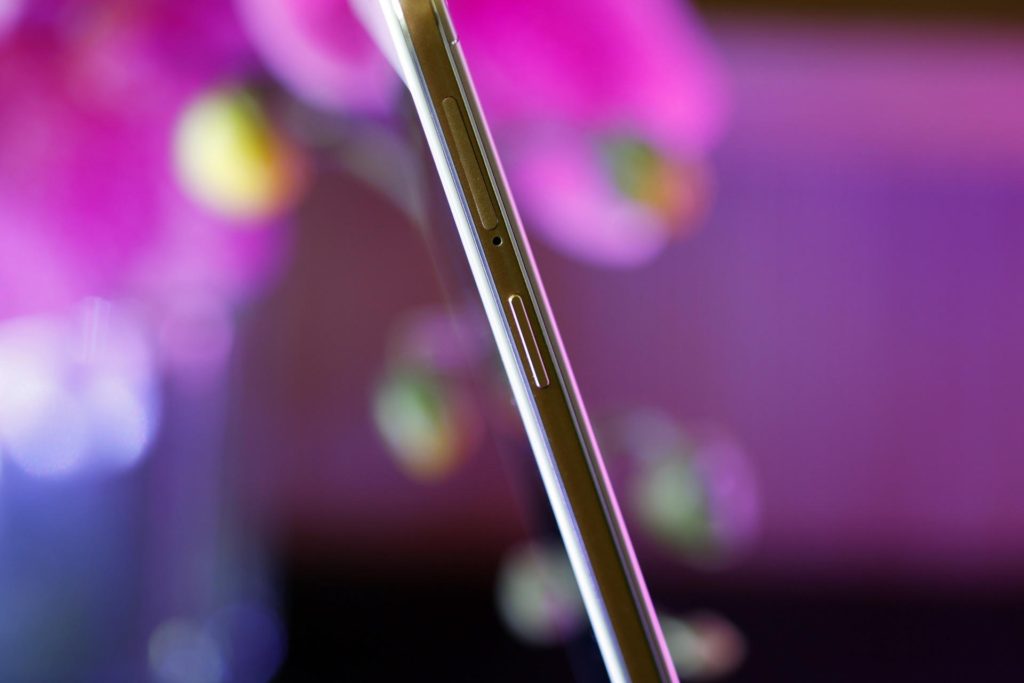 Also on the right is a pin-eject, dual-SIM and microSD card tray. The F1s fits two nano SIMs and supports up to 128GB SD cards. 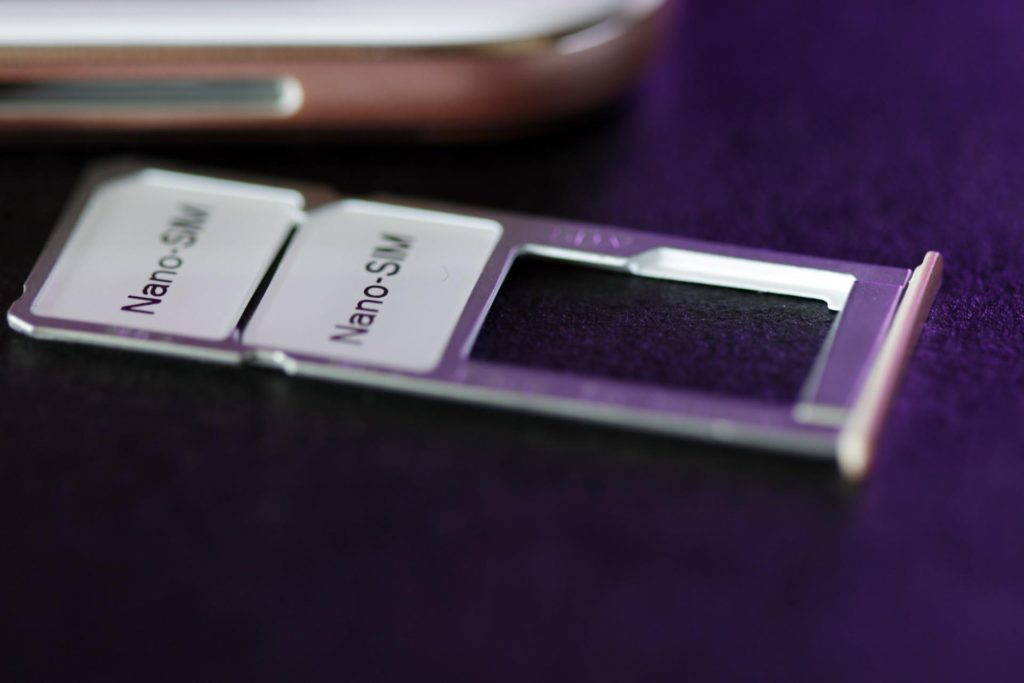 The phone houses a standard microUSB port (for charging and data transfer via an OTG dongle or USB), a speaker grille, and a headphone jack at the bottom edge. 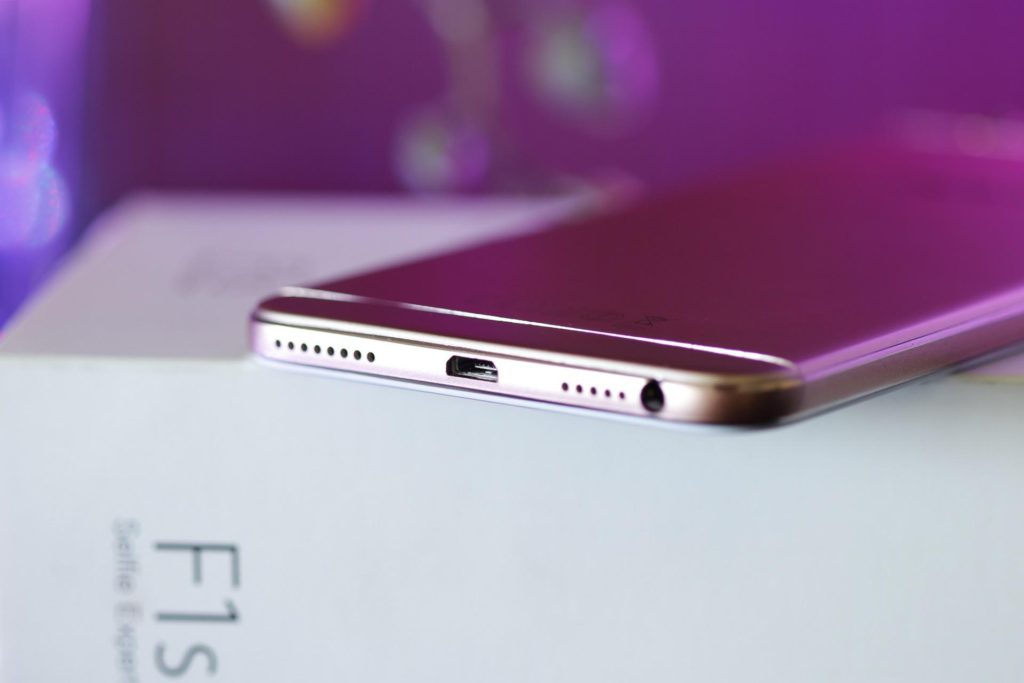 A 5.5-inch LCD display dominates the front of the device, which is covered by curved and scratch-resistant Gorilla Glass 4. 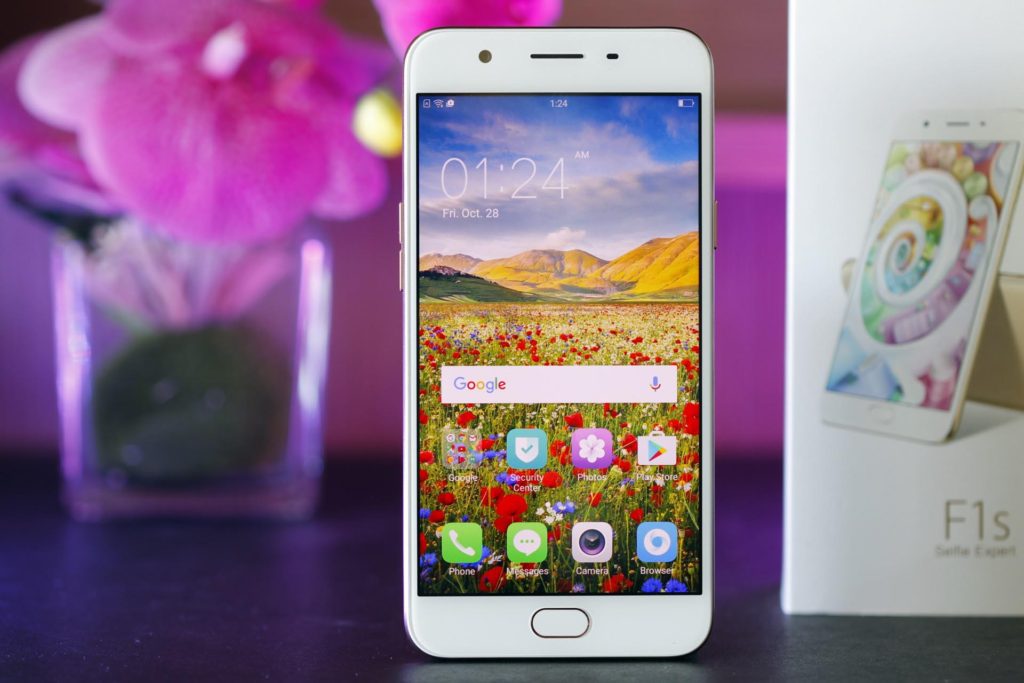 Just below the display is a clickable home button with a fingerprint reader hidden under it. To the left of the button is a “recent apps” key. 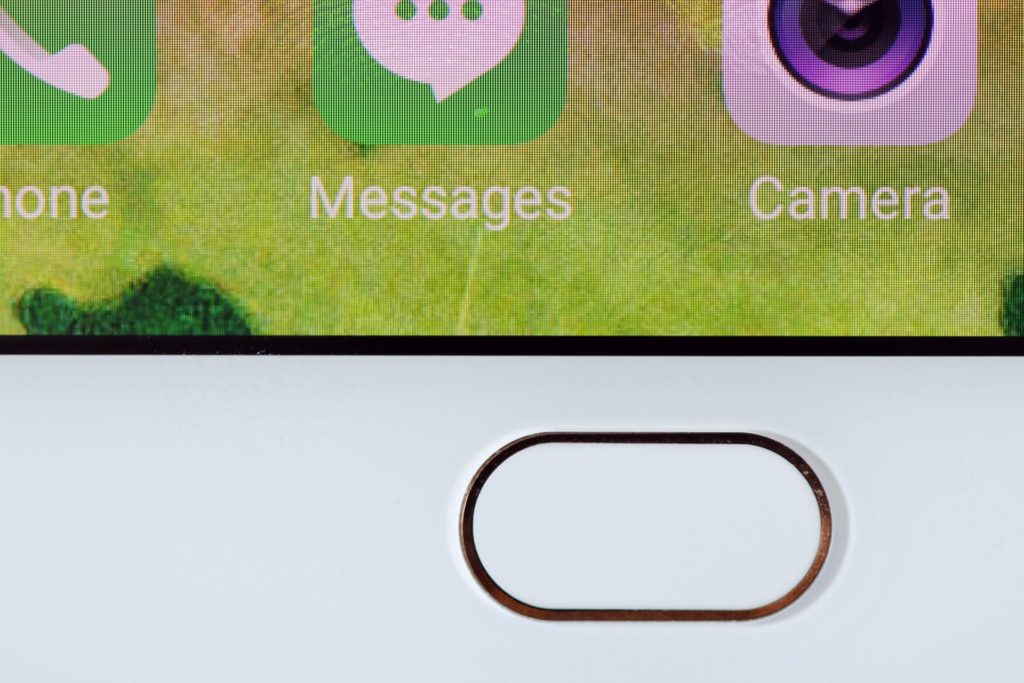 Much to our delight, theOPPO F1s’ sensor is both fast and accurate.

Bona fide ‘selfie expert’ — and then some

But the real attraction here is the 16-megapixel camera with f/2.0 lens. It’s fine-tuned for shooting brilliant selfies and crisp 1080p videos. 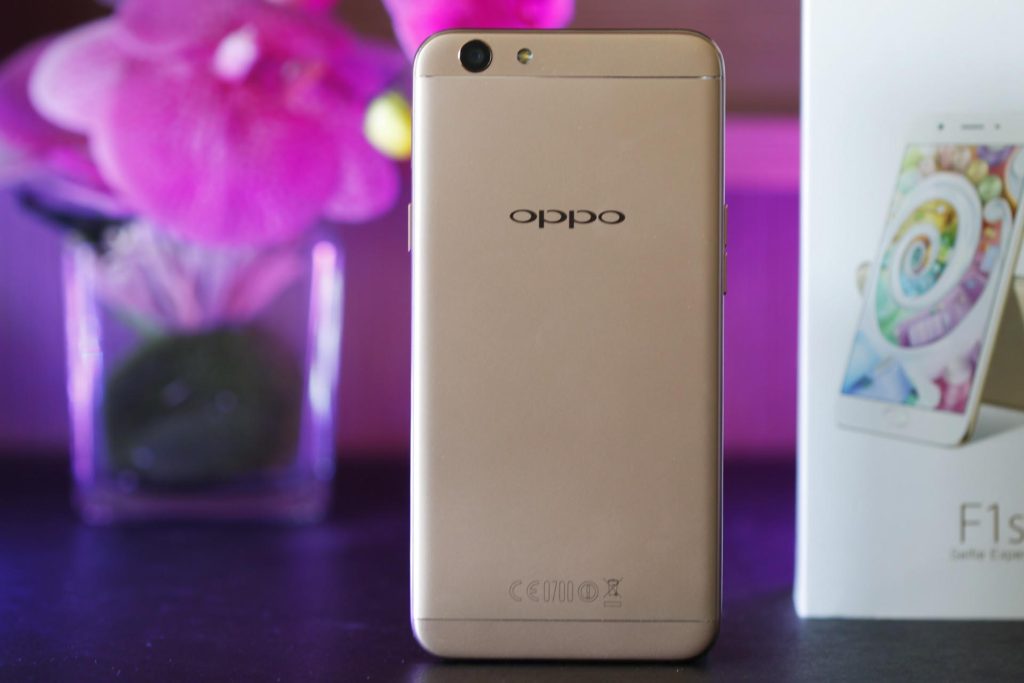 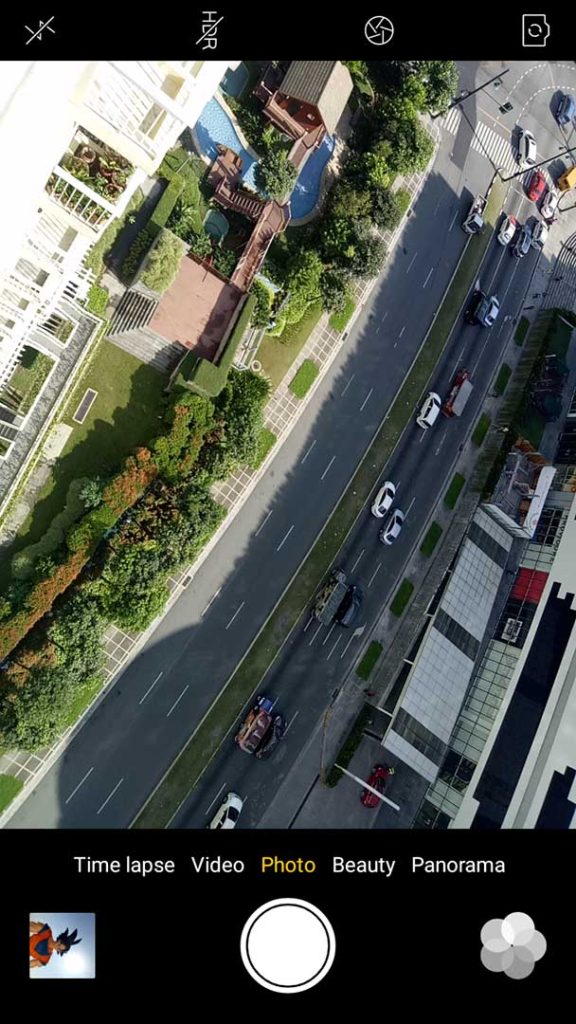 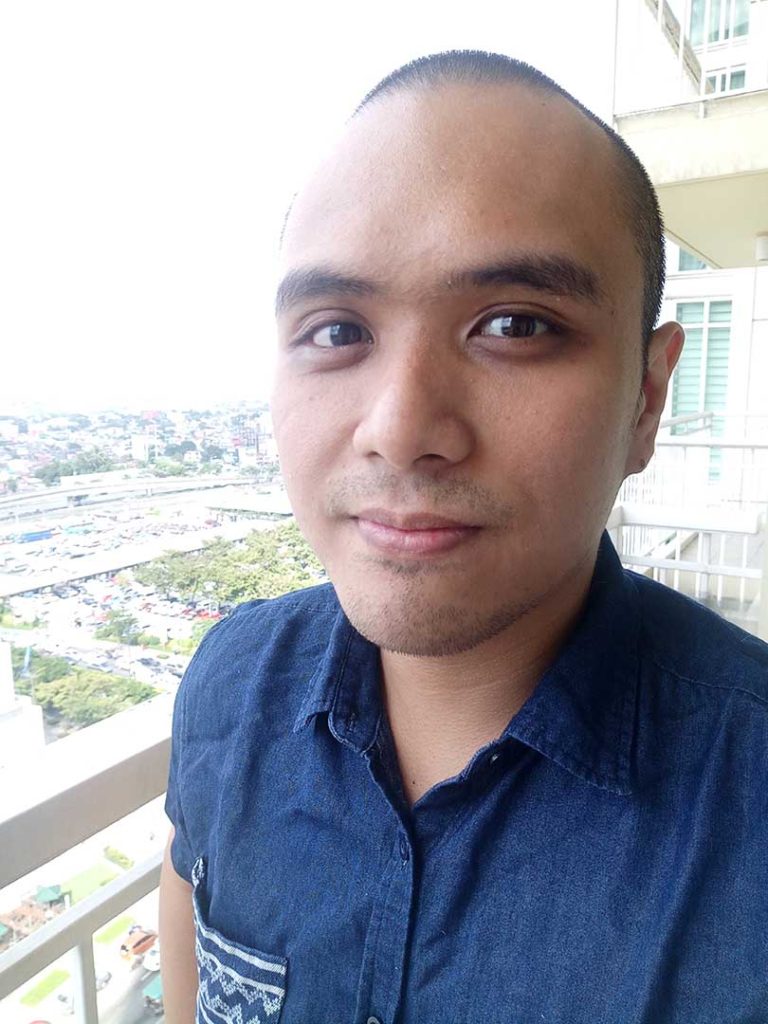 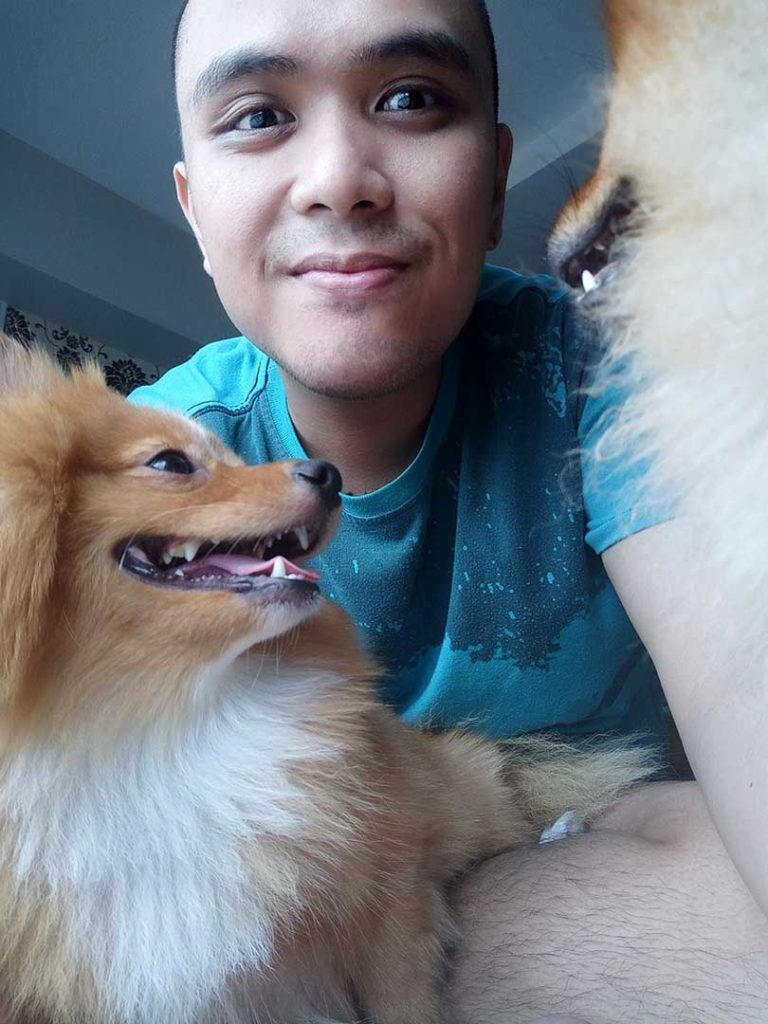 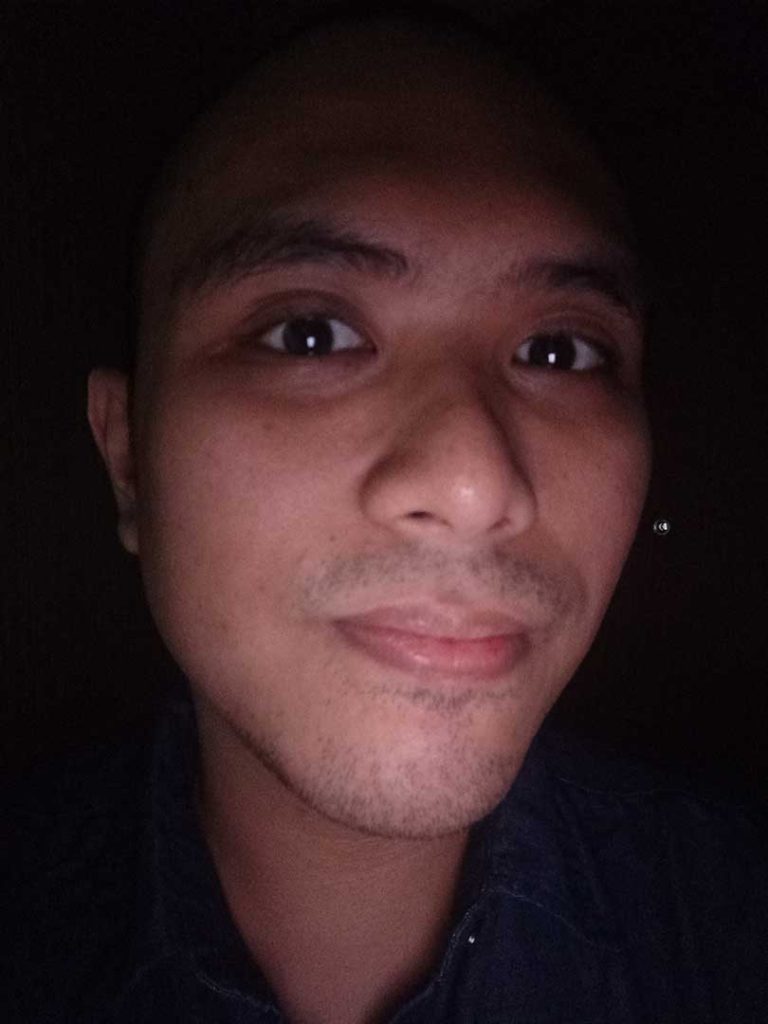 We’re not selfie experts ourselves, but our selfies never looked this good on a reasonably priced smartphone.

The 13-megapixel, f/2.2 rear camera, on the other hand, is more than decent for the price. 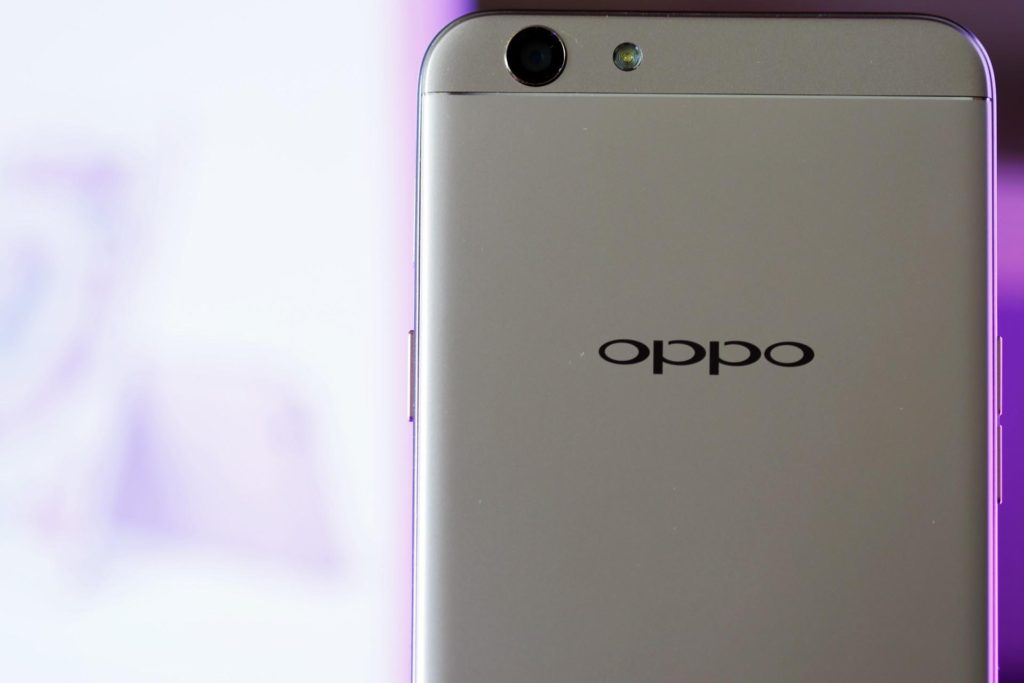 Here are a few shots for reference: 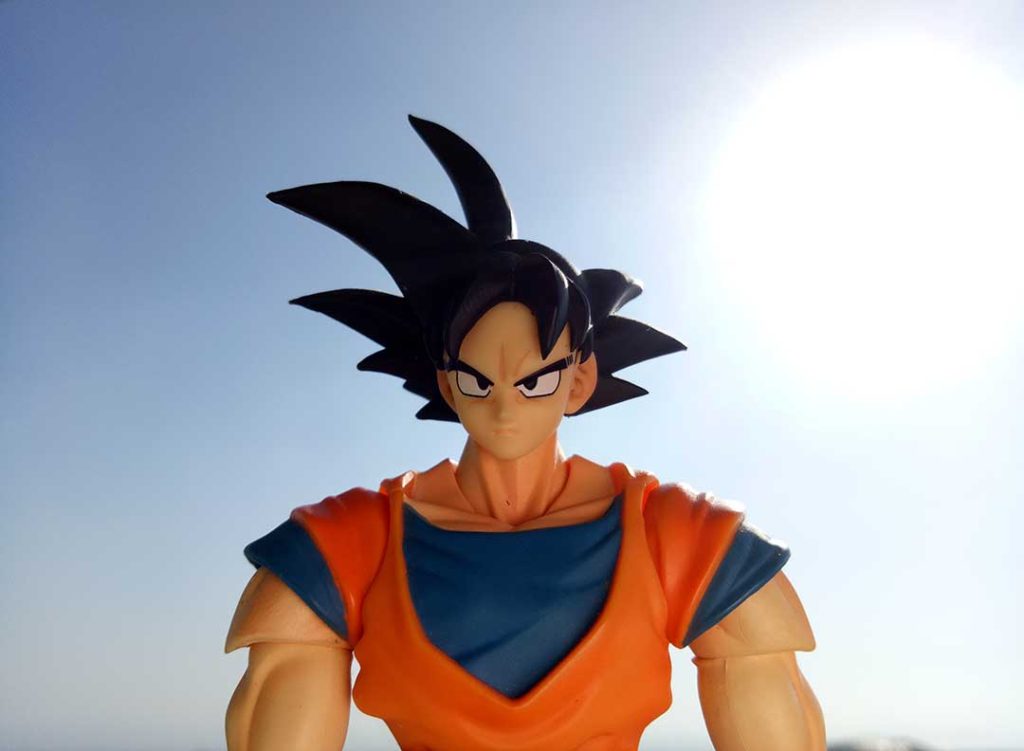 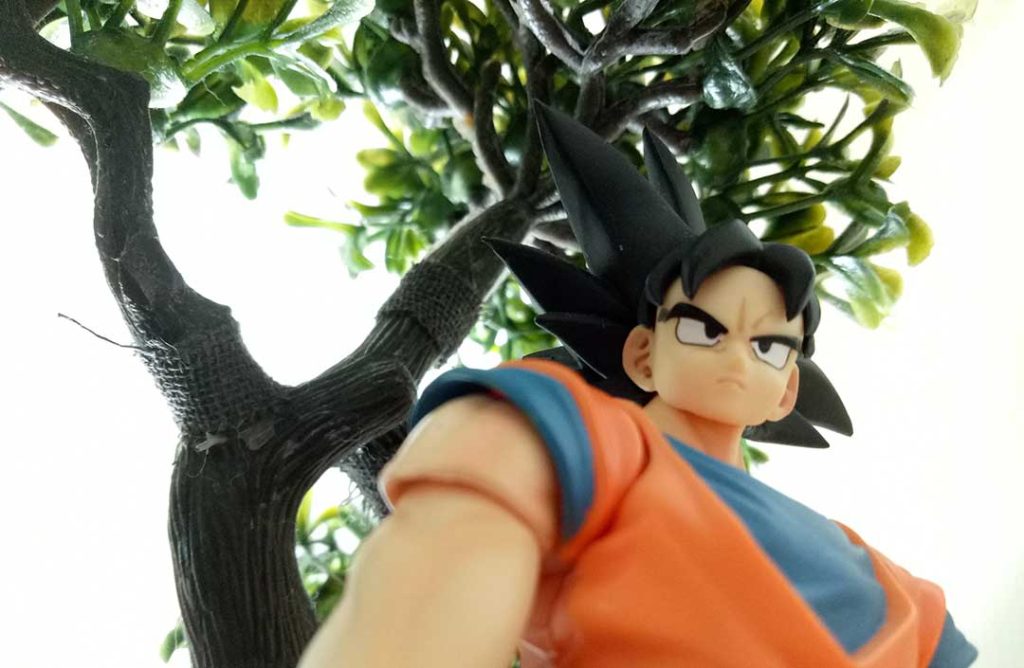 The 720p display is large enough to do work on and good for watching movies and playing high-quality games like NBA 2K17, but we would have preferred a sharper panel. 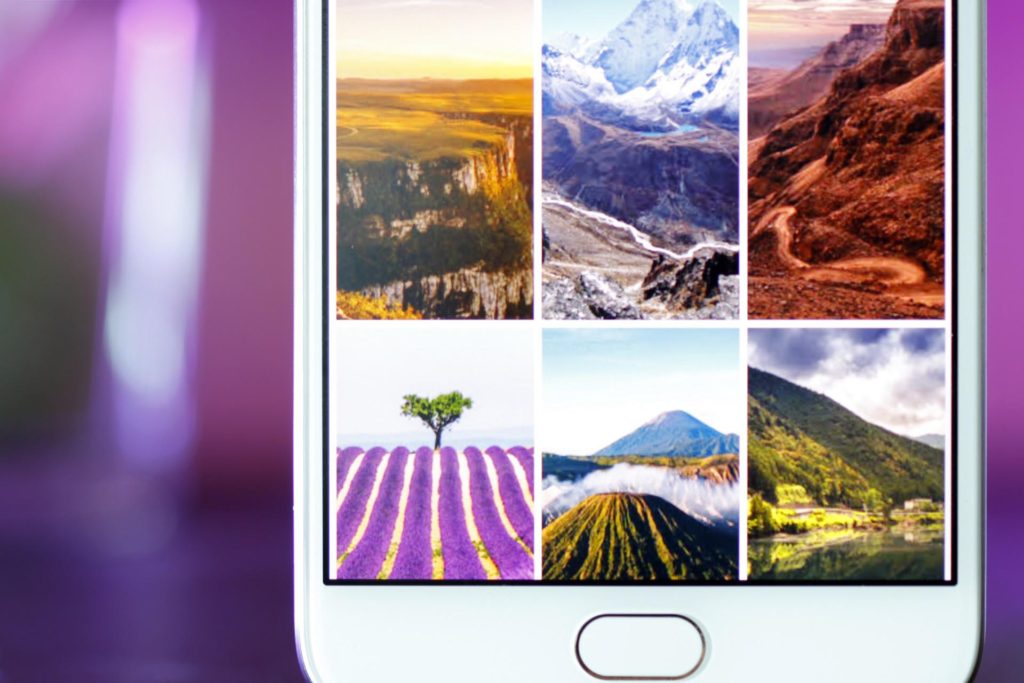 Colors stay on the cooler side of the spectrum, which some people prefer. 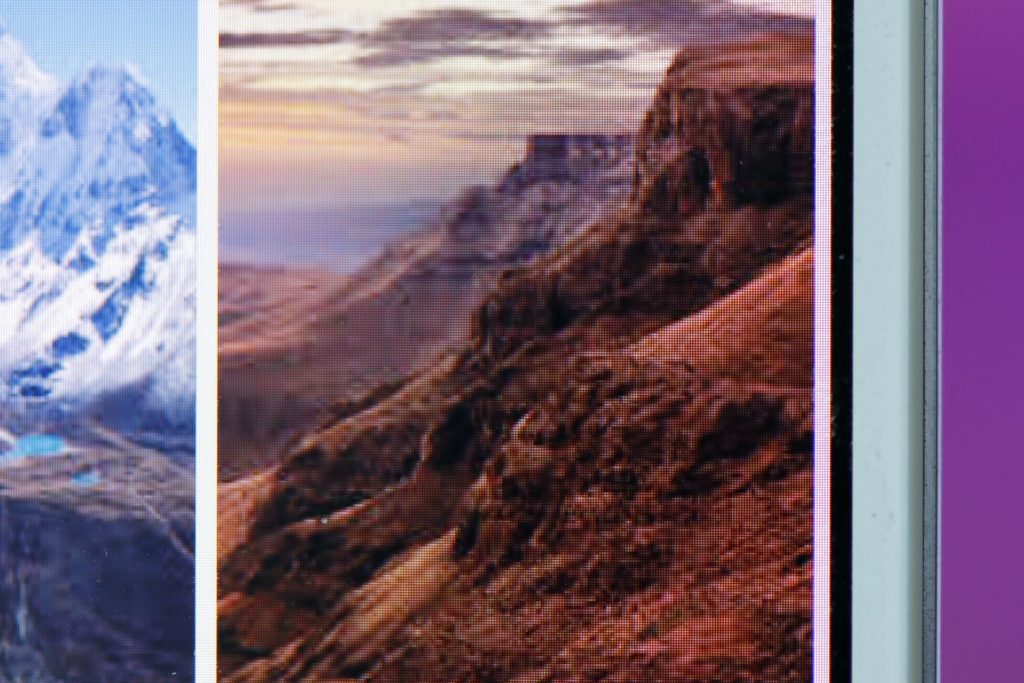 Most games run without a hitch and navigating the heavily skinned UI is a pleasant experience, thanks to the phone’s octa-core processor and 3GB of RAM.

You’ll get a day’s use out of the 3,075mAh battery, but getting it back to near-full capacity can be a slight hassle because the F1s lacks OPPO’s VOOC fast-charging technology.

Even though it’s a fairly new release, the OPPO F1s still ships with generations-old Android Lollipop, so it misses out on all the bug fixes, optimizations, and features Google offers with Android Marshmallow.

Nevertheless, OPPO has thrown in some special software features of its own, like a left/right one-handed mode that makes it easier to navigate the large display.

Security Center, on the other hand, will clean up digital clutter and detect malicious software and files, among others.

Screen-off gestures are onboard as well, such as double-tap to wake.

Drawing “O” while the screen is off opens the camera app.

A “V” will turn the rear flash into a steady stream of bright light.

Screenshots can be taken by sliding three fingers down the display.

Beyond taking great selfies, the OPPO F1s does a lot of things right for not a lot of money. Really, our only major issue is dealing with its outdated software. If OPPO brings the F1s up to speed with the competition, the phone would be much harder to pass up — even for those who aren’t looking for the ultimate selfie phone.