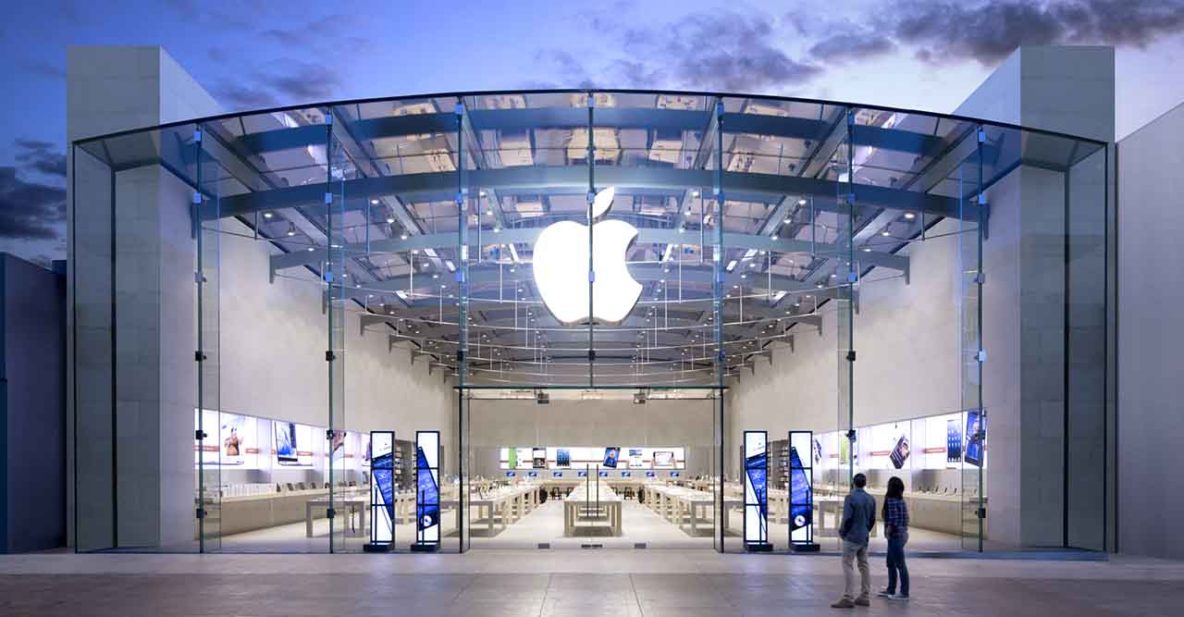 IN the battle for smartphone and tablet sales this holiday season, one company ruled them all. Just like last year, Apple was the best-selling brand worldwide from December 19 to 25, getting 44 percent of all device activations during the period. Meaning if you bought a gadget for yourself or your loved ones at the time, chances were it was probably made by Apple.

The Cupertino-based company was so dominant that for every Samsung product sold, two Apple devices got activated. That doesn’t mean you can dismiss the Korean manufacturer just like that. According to Flurry — the Yahoo-owned mobile-analytics, monetization, and advertising company that conducted the study — Samsung performed better in 2016. It received 21 percent of the market share, up from 19 percent in 2015. Apple, on the other hand, was down by 5 percent this year.

For every Samsung product sold this holiday season, two Apple devices got activated.

Huawei took the third spot, its first time to show up on the list, with a 3-percent market share of all device activations. Not bad for the Chinese company. It was followed by LG, Amazon, OPPO, Xiaomi, and Motorola, which each got 2 percent of the holiday sales.

Keep in mind, though, that Christmas isn’t the typical season to give gifts in Asia. It’s a Christian tradition, after all. For example, Single’s Day or Guanggun Jie, which happens every November 11, is so huge in China that manufacturers like Huawei, OPPO, and Xiaomi may get a higher market share if the study were conducted at the time. 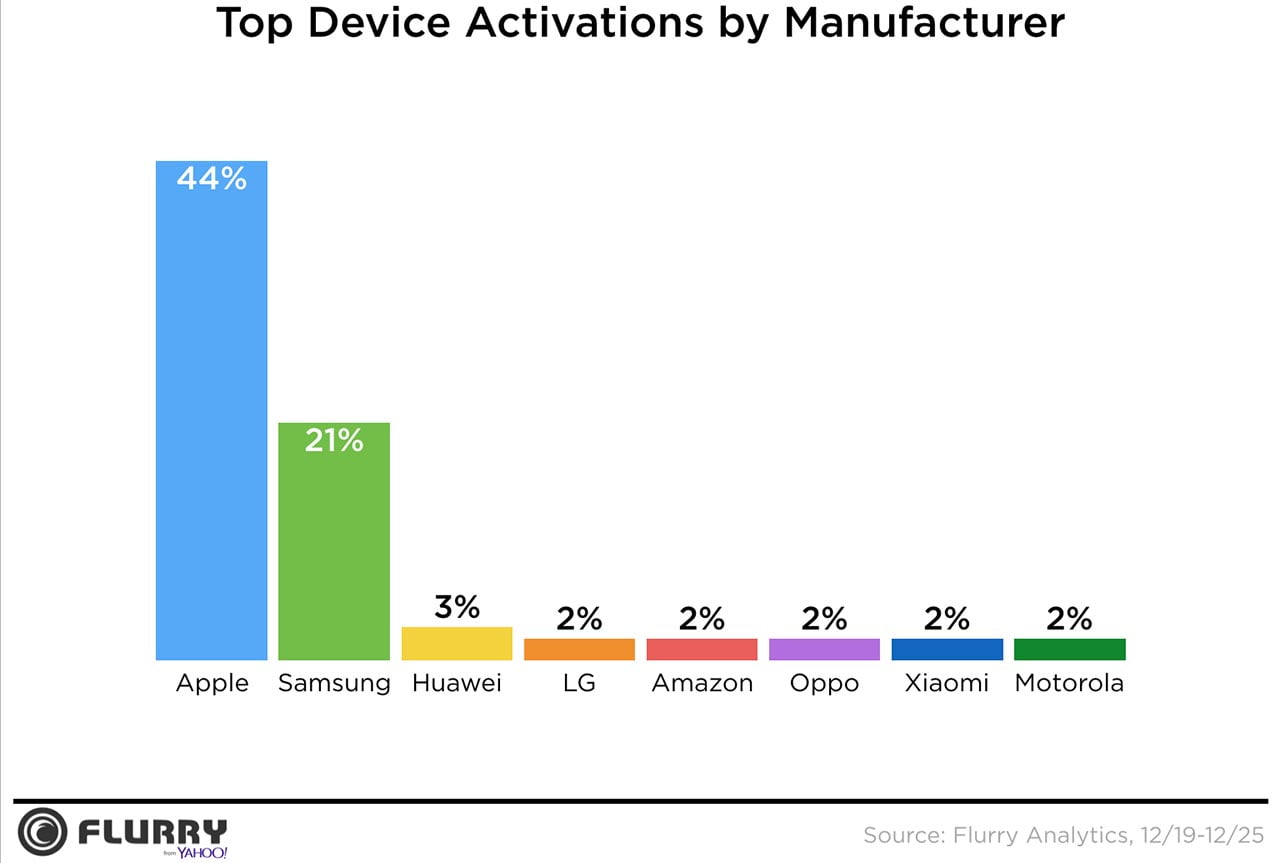 Of the phones and tablets sold during the holidays, only phablets — or those that measure 5 inches to 6.9 inches — got an increase in sales. In fact, the phablet was the only form factor that continued to be popular since 2012. This was to the detriment of the medium phone, the top form factor that could be relegated to the sidelines by its bigger version a year or two from now. 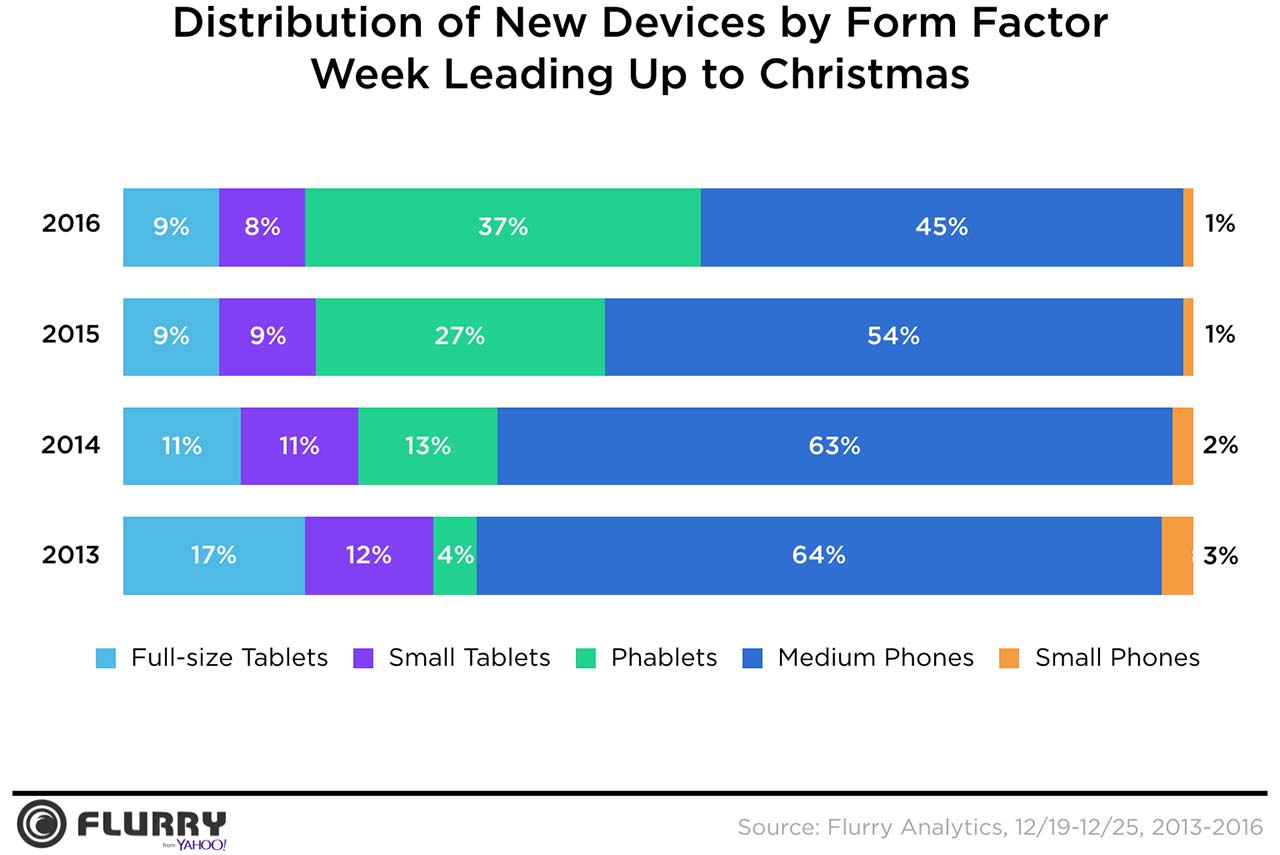 The phablet was the only form factor that continued to be popular since 2013.

Video you may want to watch: 20 weirdest iPhones cases you won’t believe exist