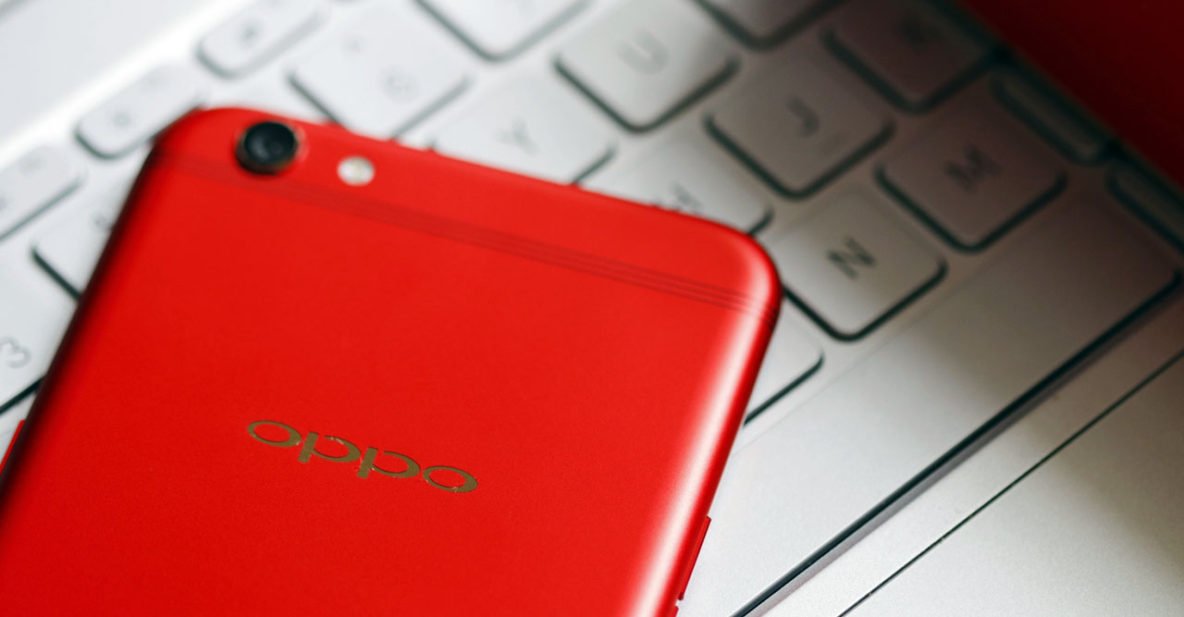 THE countdown to Chinese New Year is on. And just in time for the festivities at the end of the month, OPPO has launched a New Year Anniversary edition of the R9s in red (click for complete specs). Devilishly hot red. It’s an absolute stunner — the company’s best-looking phone to date — and we have the photos to show it.

But first, let’s unpack the retail package, which is well thought-out and somewhat serves as a tease of what it holds (you’ll understand why in a bit). The square box is sturdy and protects the contents well, whereas the box cover is mostly red and accented with a gold trim that runs along the edges. It’s unusual for OPPO to ship a phone in a square box, let alone one as nice as this, so it’s quite a treat to take the unit out of the box. 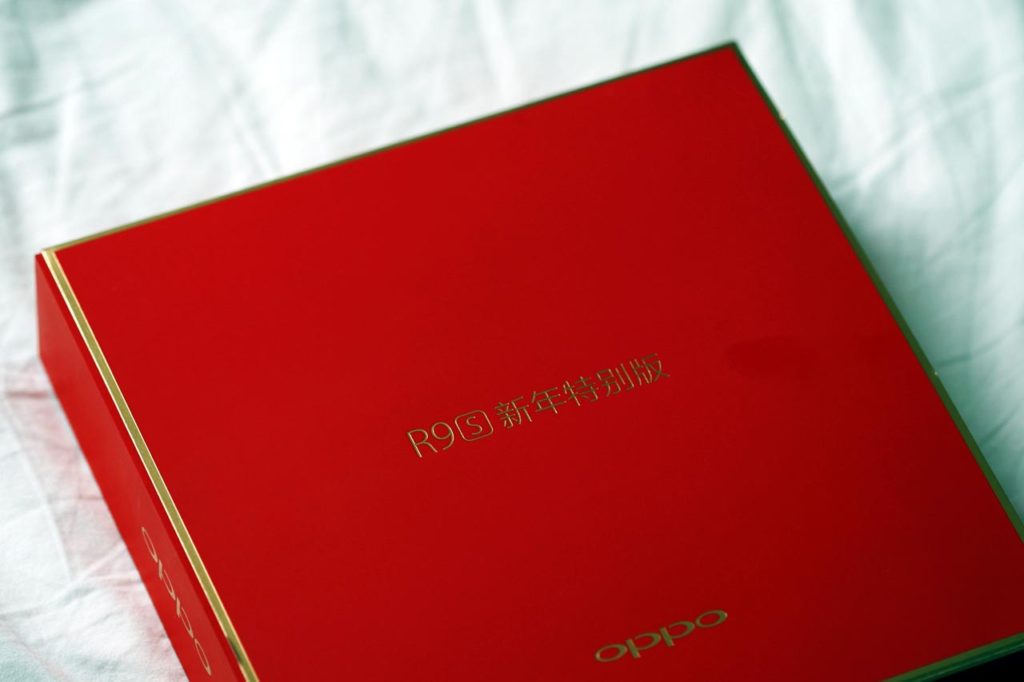 Inside, it’s business as usual. (Well, apart from the phone itself, of course.) The accessories — though non-conforming in white — include a wall charger, a microUSB cable, and earbuds that can be plugged into any standard audio jack. There’s also a clear TPU case for the OPPO R9s. As far as cases go, it isn’t anything special, but it fits snugly, which is what matters more anyway. 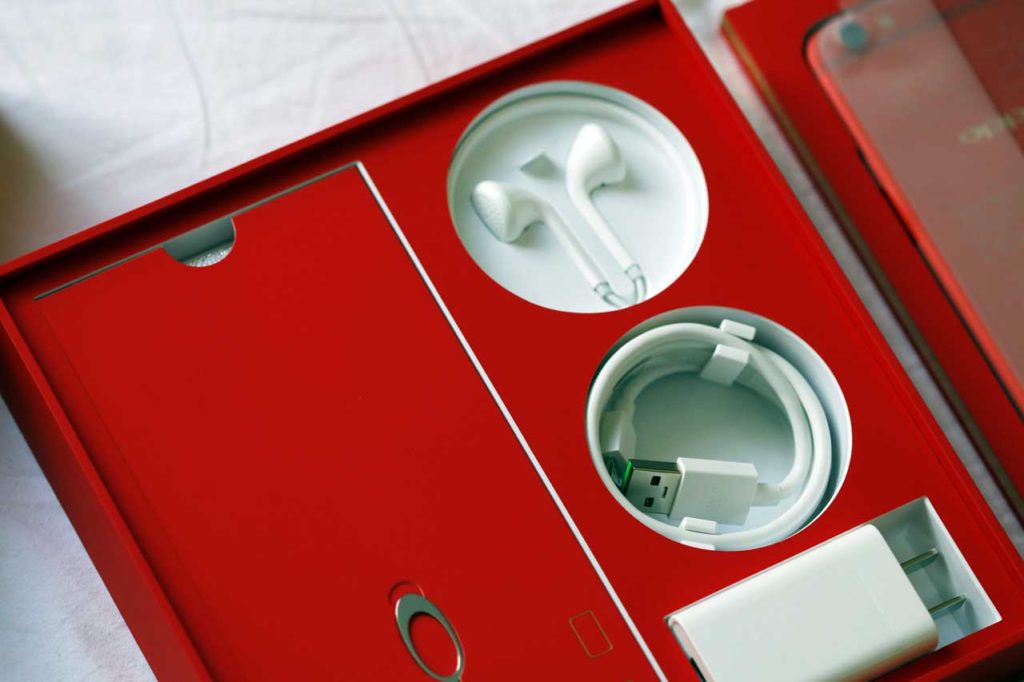 The accessories that come with the box 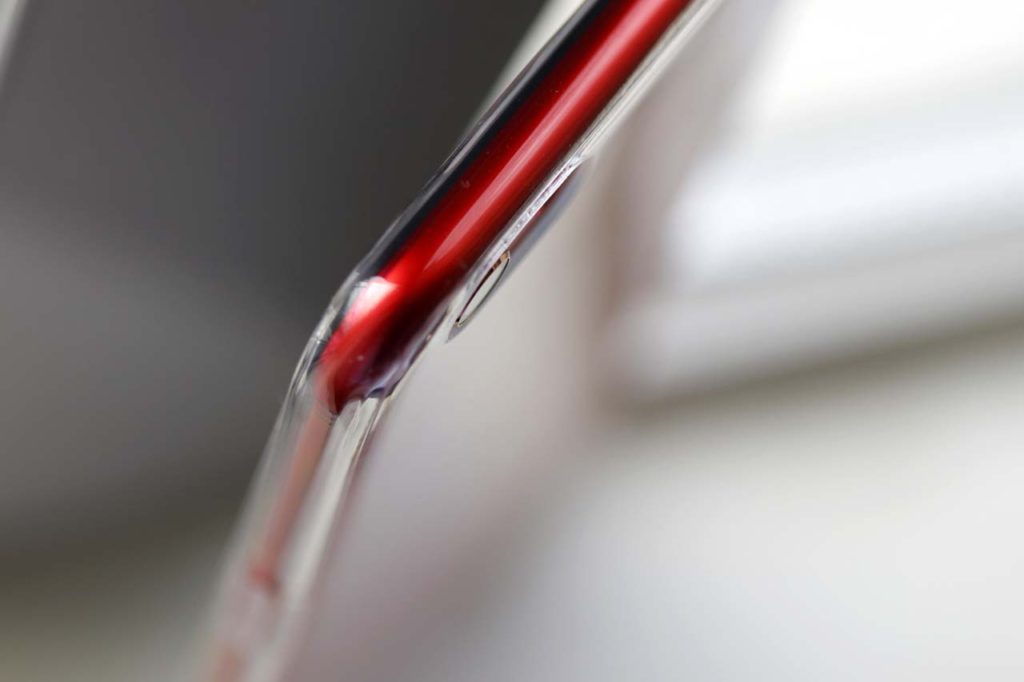 Design-wise, the R9s isn’t a huge departure from the OPPO F1 Plus and the OPPO F1s. The most notable change can be found around the back, where the antenna strips are. Note the six fine lines that run horizontally across the top and bottom of the metal casing. The OPPO logo is etched in gold and really ties the Chinese New Year theme together. Red and gold, by the way and in case you didn’t know, are the colors that mark the occasion. 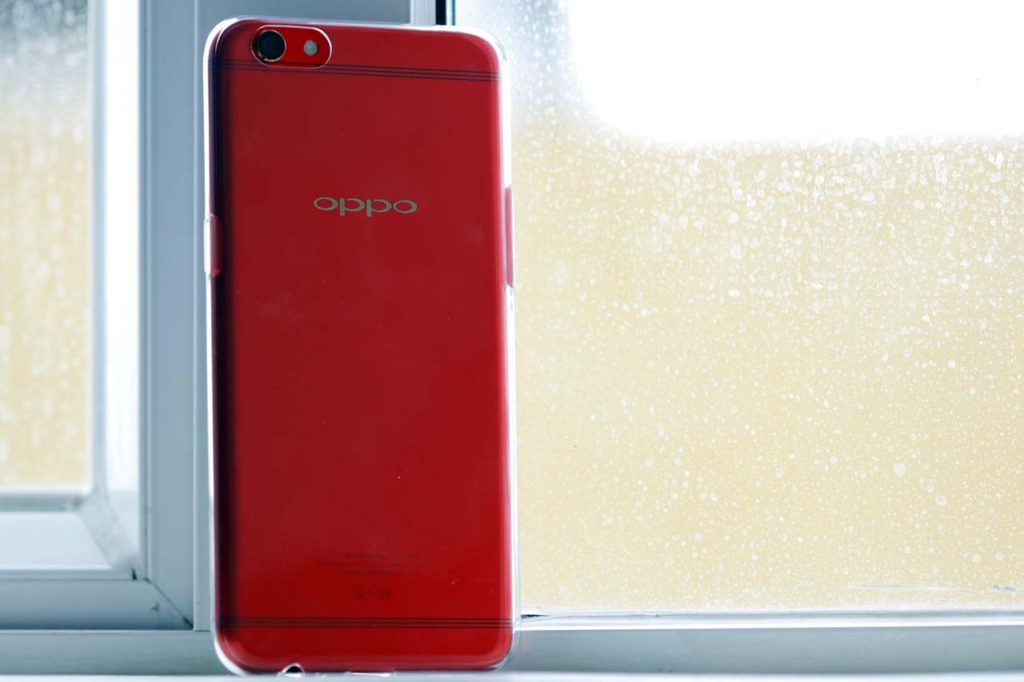 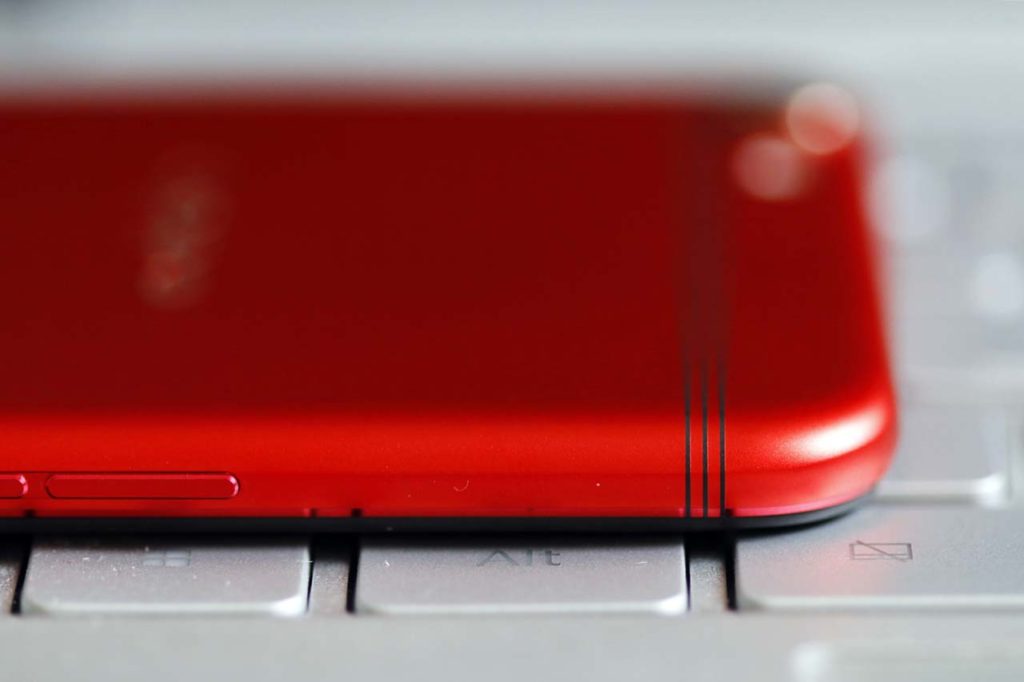 Fine lines run horizontally across the top (and bottom) of the metal casing.

The sides only curve to a point, with chamfered edges that meet the 2.5D display glass. The general build feels great, and using the phone with one hand shouldn’t be much of a problem because the side bezels are kept to a minimum. Having used it for the entire day, we found the OPPO R9s to be easier to hold on to compared to the F1s and many other phones of the same screen size (5.5 inches). 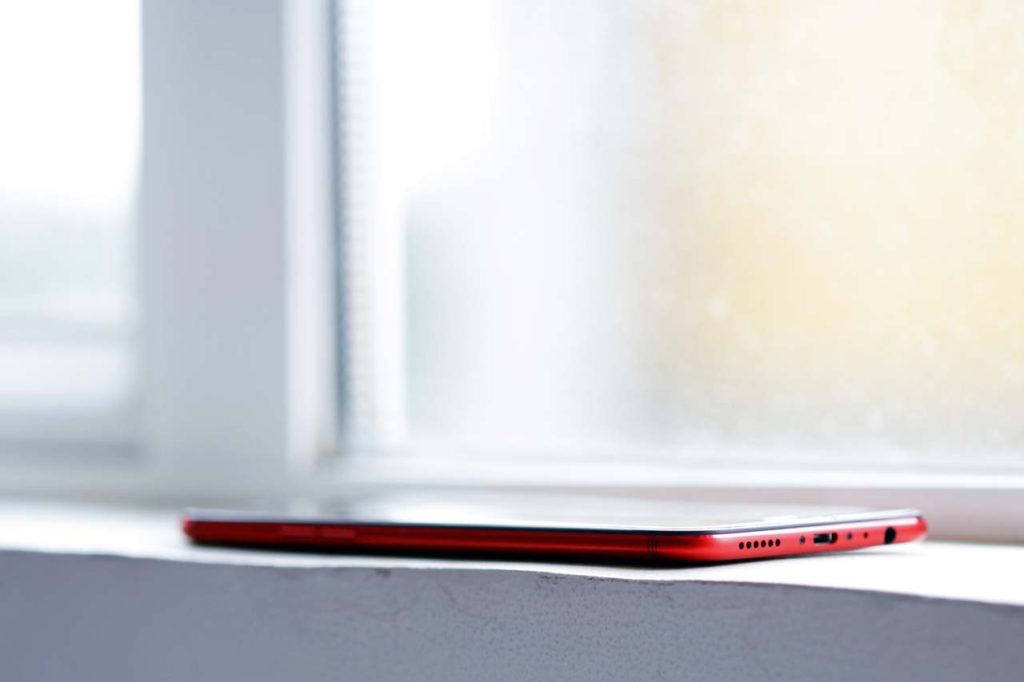 Easy to hold with one hand

As for the screen, it’s crisp and vibrant and the blacks are true to color. Things look plenty bright on the 1080p AMOLED panel as well. So suffice it to say that those who occasionally watch movies and play games on their mobile device won’t be disappointed. The physical home button, which is also a fingerprint reader, can’t be pressed in, while the capacitive keys below the display are thankfully backlit. 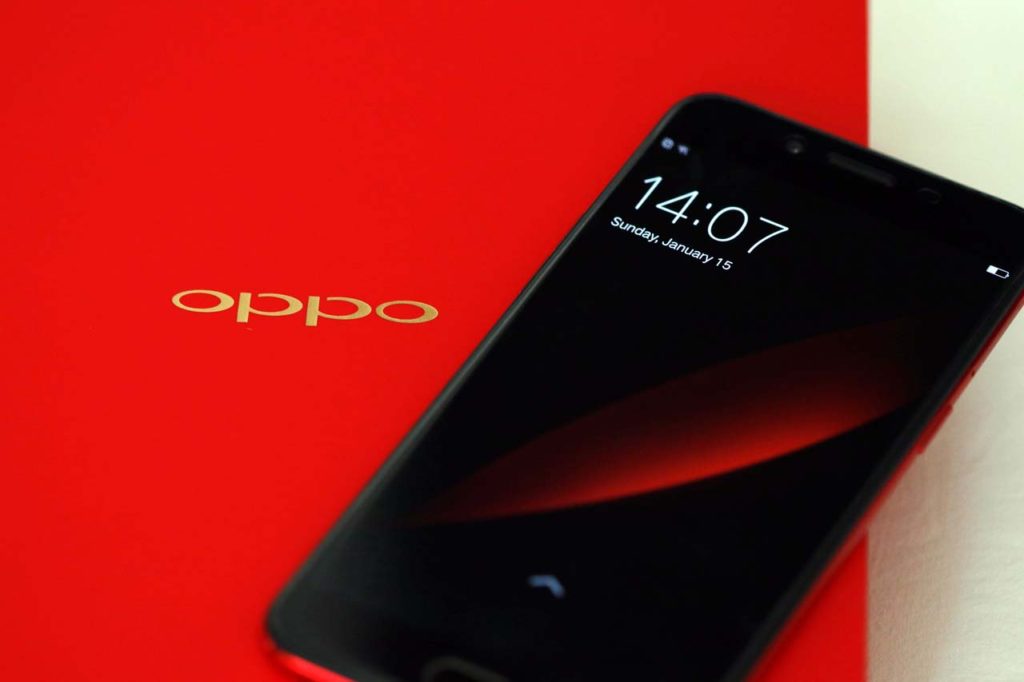 The blacks on the screen are true to color. 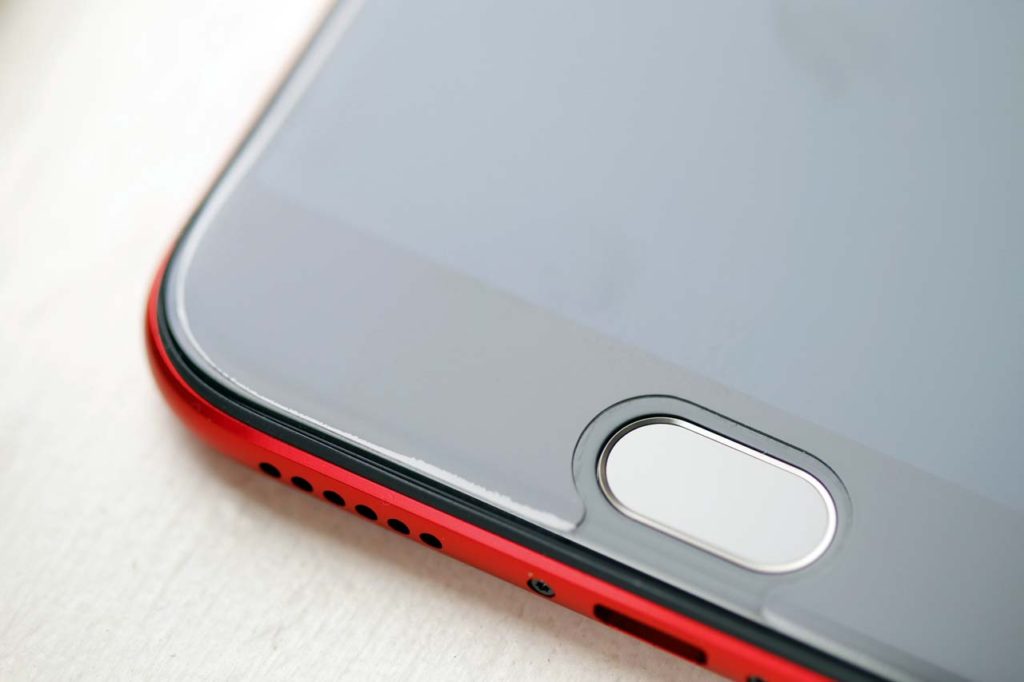 The physical home button that also serves as a fingerprint reader

The power button and volume rocker are on the right and left sides, respectively. A hybrid SIM tray allows for dual-SIM functionality and also serves as a memory-card slot. The bottom edge is home to a single speaker and charging and headphone ports, keeping the rest of the layout relatively clean.

We haven’t fully tested out the capabilities of the main camera, but it seems capable so far. It can shoot 16-megapixel still photos or record 4K-quality footage at 30 frames per second. The selfie camera also houses a 16-megapixel sensor, though the aperture on the lens is smaller at f/2.0 (compared to f/1.7 on the rear camera). It is still overkill for everything except billboard-sized selfies (but who cares, right?). Check out this sample photo shot with the OPPO R9s. Click here for more pictures (and the original files at that). 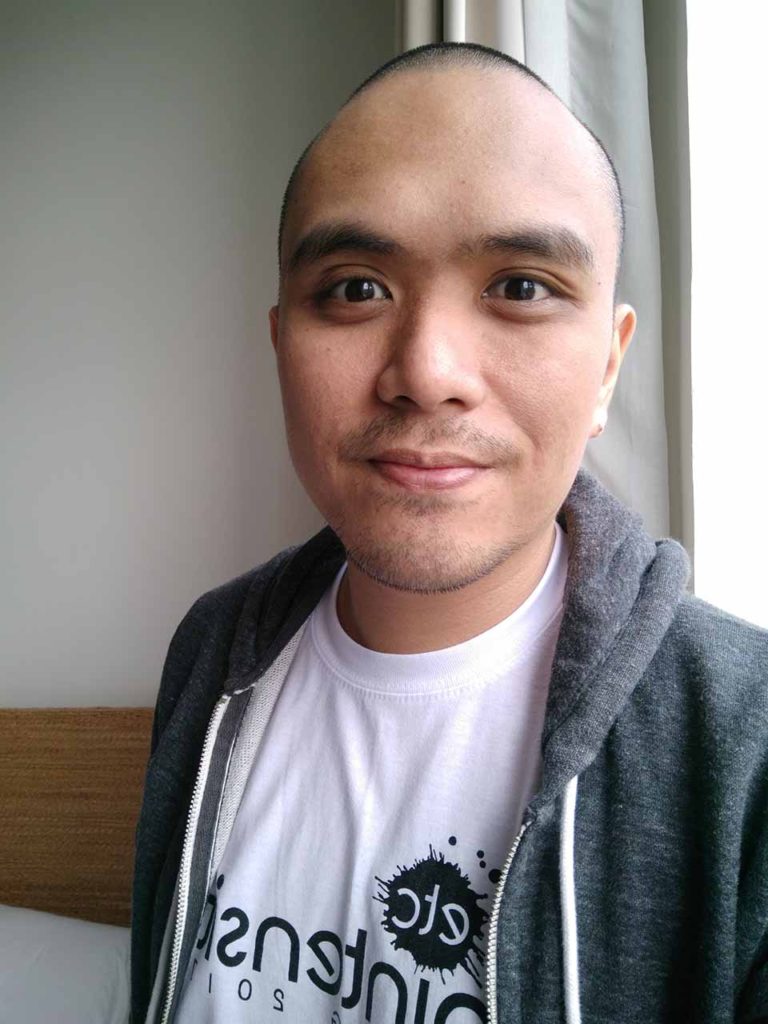 The R9s sees a Qualcomm Snapdragon 625 processor under the hood, the same silicon that powers the ASUS ZenFone 3, Moto Z Play, Xiaomi Redmi 4, and Huawei Nova, among others. It features eight battery-friendly CPU cores, as opposed to four or more that can chug through demanding applications at the expense of shorter battery life. And true to form, this handset offers a good experience overall on Android 6.0.1 Marshmallow. Memory is 4GB and internal storage tops out at 64GB; both should satisfy most users. 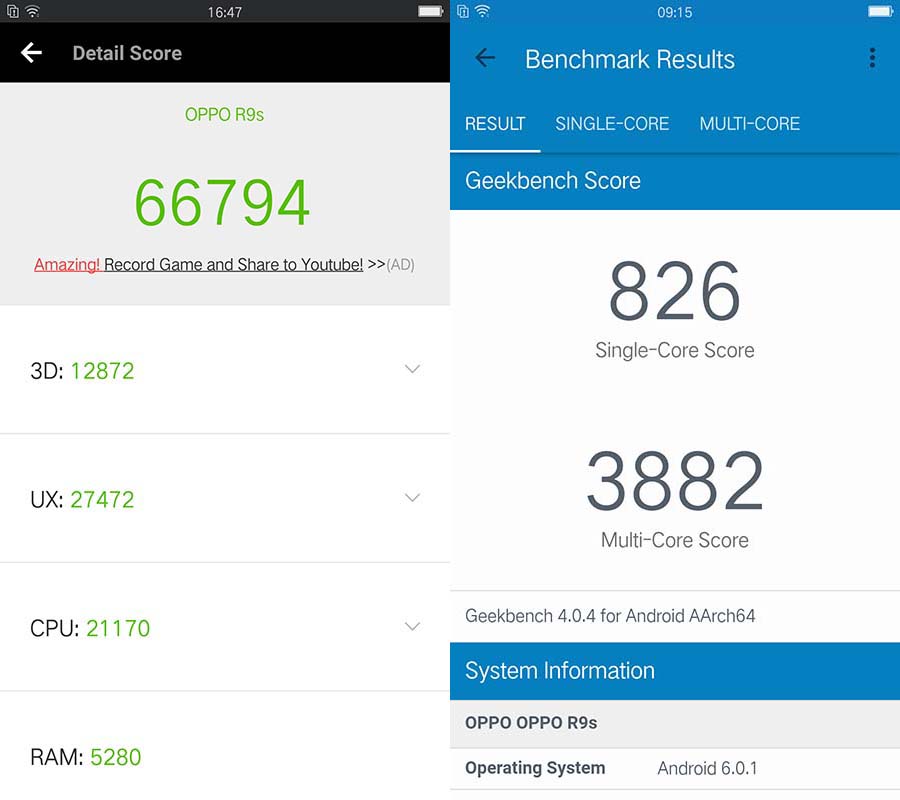 Scores on AnTuTu and Geekbench

The 3,010mAh battery is a decent capacity for a device this size. It should get you through one work day with normal use. Better yet, with OPPO’s proprietary VOOC fast-charging technology, you can top it off quickly using the bundled charger. A 30-minute charge should give you around 75 percent power, the company claims, though be advised that your mileage may vary. 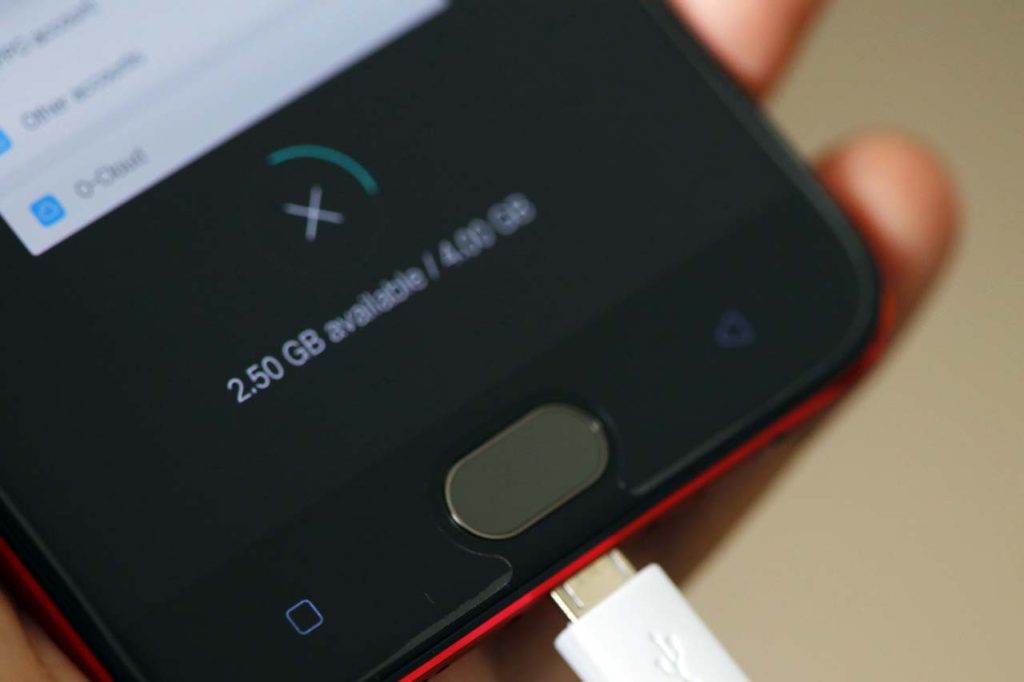 The OPPO R9s has fast-charging capabilities.

The OPPO R9s New Year Anniversary edition already sells for 2,799 yuan in China, a little more than $400 or P20,000. There’s no word yet on when or if this red number will see an international release, but we’re hoping it does. If it does make it here, the R9s could give other midrange phones a run for their money. The special colorway alone should draw plenty of interest.